What is just living in an age of climate change?

After a semester of investigative field research, interviews and discussions across the heartland, University of Iowa students with the Climate Narrative Project recently turned to theatre, film, poetry and storytelling to challenge endemic climate cynicism and showcase inspiring endeavors in prairie restoration, food justice, regenerative agriculture and climate justice. A special media arts project in the Office of Sustainability, the Project was founded in 2014 to train a new generation of "climate storytellers" across academic disciplines in various arts mediums, in order to reshape the climate narrative and galvanize action.

SOW from Emma Blackman on Vimeo.

"Iowans may not see the immediate impacts of climate change," said Anthony Lucio, a PhD student in Chemistry, who toured prairie restoration efforts around the state, "but our land management is tied to climatic change in numerous ways." In writing and producing a children's book and photography essay, "The Story of Little Bluestem," Lucio explored the benefits of prairie grasses, including soil carbon sequestration and flood mitigation, in a state where virtually all the land has been groomed to promote the monoculture of corn grass. 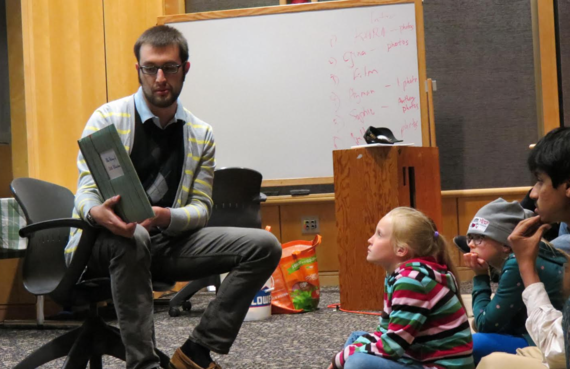 Sometimes the sound of cars at night
through March downpours through tires' spinning spray
is the sound of glaciers crashing into ocean
and trucks rumbling over that loose manhole cover
is the same sound as ice shifting and shriveling
And that dream I have in the rainy nights in between the fog-filled
Misty days
when my eyes open enough to see the streetlight
is the disappearance of something I've never seen
and can't replace.

Sometimes I see scarred faces
Or sloppy faces, like they're half-painted
on the inside, nerves that forgot how to synchronize
They're the deep scars, energy streams frozen in place and then displayed
Blowing the earth exposed, excavated
As if I peeled back those faces to pull the nerves up out of place
And that friend's familiar damned expression becomes a barren waste
Leaving behind
a sacrifice, once alive and intertwined
left dead and toxified because of what we've mined.

Sometimes flower stems are swift-cut are sanitized are standing up
in hospital room vases like white windmills in a line
And gaudy you're-so-strong cards, I-believe-in-you cards, you-can-beat-this cards
are scattered empty promises on a clear-cut mountainside
Neglecting aggregations that have metastasized
When after generations of living in pine forests drinking from pure streams water that was so clean
Helicopters start to dot the open sky
forcing out the body cells that didn't live off the land but with the land that were the land
were the body, existing in perfect cohesion for lifetimes: now invaded
and now IV tubes stretch out like a pipeline.

You can't bottle-cap Vesuvius.
There are five stages of grief and there are four that come before acceptance.
If you skip the first four it's just acceptance
It's just "oh well" it's just "we tried."
But this grief must be felt
It must shake us as it shakes the earth beneath us
It must stop us on the sidewalk and make us cry when we think of our grandchildren growing up and never knowing what a coral reef looks like because the ocean's too acidified
And so we should cry and then keep walking.
Don't push down, push on.
For if you feel no pain how will you know to take your head back from the wall,
to take your finger from the fire, if we don't feel the pain of loss how will we know what's gone? 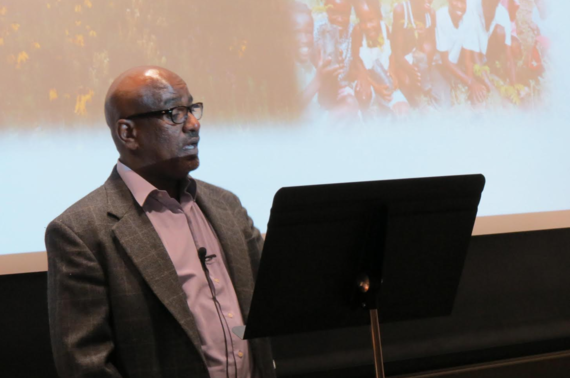 A native of Sudan, Department of Geography student Ayman Sharif performed a poignant story, "A Day in the Life of Islam and Climate Change in Iowa City, " drawing connections between religious verses, water conservation, organic food and regenerative farming. A freshman Pre-Med student majoring in International Studies and Women, Gender, and Sexuality Studies, Egypt-native Gina Mostafa wrote and directed a theatrical farce, "The Unseen Cost," on the carbon footprint of commercial meat consumption in the Midwest. An Environmental Science Major, Sophia Coker Gunnink produced a cook book and staged a multimedia parody of a cooking show, "The Secret Ingredient," to discuss the loss of certain foods and foodways, and the impact of climate change on key ingredients in recipes from around the world. 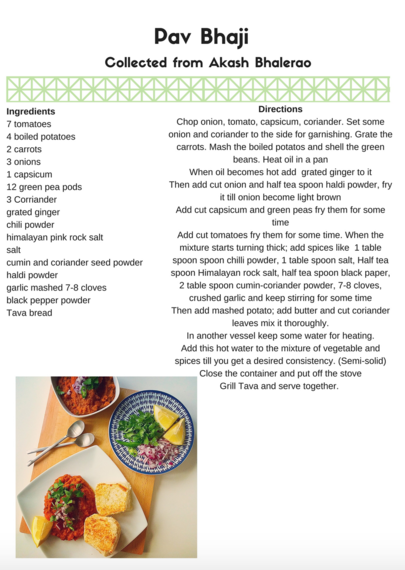