Apple CEO Steve Jobs appeared at the event and announced it will include front and rear-facing cameras for video, a much faster processor and it will be "dramatically thinner."

The price will be the same, starting at $499, and it begins shipping in the U.S. on March 11 and March 25 internationally. The iPad 2 comes in both white or black versions, and both AT&T and Verizon will support it.

You can find complete specs for the iPad 2 at Apple.com.

For a recap of the event, check out our Apple announcement live blog here.

PHOTO GALLERY
PHOTOS ONLY
Download
Calling all HuffPost superfans!
Sign up for membership to become a founding member and help shape HuffPost's next chapter
Join HuffPost 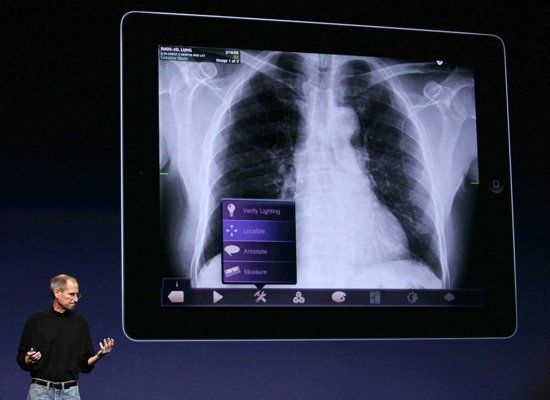