In a report on the next-generation iPad from February 9, the New York Times wrote that "[i]t’s unclear whether the product will be called the iPad 3."

Could it be that this iPad will be not the iPad 3, but the iPad 4G?

The Wall Street Journal is reporting that, "according to people familiar with the matter," the newest iPad will feature 4G LTE technology, enabling the tablet to connect to the faster networks on AT&T and Verizon.

The iPad 3 -- or whatever it's called -- is widely rumored to be announced on March 7th, according to a report from Rene Ritchie at Apple blog iMore. Reporters from The New York Times, The Next Web, and Wall Street Journal-owned All Things Digital have all pegged the first week of March as the timeframe in which Apple will unveil its new iPad.

Most rumors about the specifics of the next iPad have side-stepped 4G and have focused on the tablet's display: Apple is widely expected to be aiming for a so-called Retina Display, with a resolution so crisp that a user is unable to make out the individual pixels on the screen before him. Several reports have cited troubles on the supply chain in mass producing these displays, but Apple is still supposedly on track to include the Retina Display in its product launch next month.

Though many Apple pundits have suggested that the next iPad will feature 4G technology, the Journal's report is the most definitive and persuasive evidence yet that 2012's iPad will indeed be 4G compatible.

By wide margins, Apple makes both the most popular smartphone and the most popular tablet in the United States; neither the iPhone 4S nor the iPad 2 are 4G connective. The inclusion of 4G in Apple's popular slate computer would be a huge boon to both AT&T and Verizon: The battling mobile giants are the two largest carriers in the United States in terms of customers, and the two have been spending billions of dollars to bolster their 4G networks. Both companies have launched nationwide advertisements attempting to lure new customers with the high speeds of their new fourth-generation cellular networks -- all the while doing so without a 4G Apple product.

Indeed, for Apple, a 4G iPad would be the company's first device with the capability to hook up to a faster 4G network. Despite months of speculation that the "iPhone 5" would feature a 4G chipset, what Apple actually introduced in October 2011 (the iPhone 4S) was a 3G phone. When Apple introduced the iPhone 4 for Verizon in January 2011, then COO Tim Cook dismissed 4G for his company's devices at the time, saying that the thicker chip "would force design compromises we're not willing to make."

Verizon has since stated, in January 2012, that all of its smartphones will feature 4G LTE; this proclamation of 4G dedication, in addition to the WSJ's report of a 4G iPad arriving in March, have fueled speculation that the next iPhone (the iPhone 5? The iPhone 6?) will be the first 4G iPhone. As for "design compromises": The iPad 2 is actually a few millimeters thinner than the iPhone 4S, and rumors suggest that the iPad 3 will be a millimeter or two thicker than the iPad 2.

Apple declined to comment to HuffPost on the rumors, but Jordan Golson of MacRumors notes that, given Apple's history of "controlled leaks" to the press, this one appears legit. 4G technology may finally be heading to the iPad, and to Apple.

The WSJ also reported on another persistent Apple rumor Tuesday morning, claiming that Apple was testing a smaller 8-inch iPad to compete with Amazon's insurgent Kindle Fire. Head on over to the Journal to read more about the possibility of a smaller iPad.

For more Apple rumors, check out the latest in our This Week In Apple Rumors series here. Then, flick through the slideshow (below) to see 5 reasons why it's a terrible idea to buy an iPad 2 this month.

PHOTO GALLERY
Don't Buy An iPad In February!
Download
Calling all HuffPost superfans!
Sign up for membership to become a founding member and help shape HuffPost's next chapter
Join HuffPost 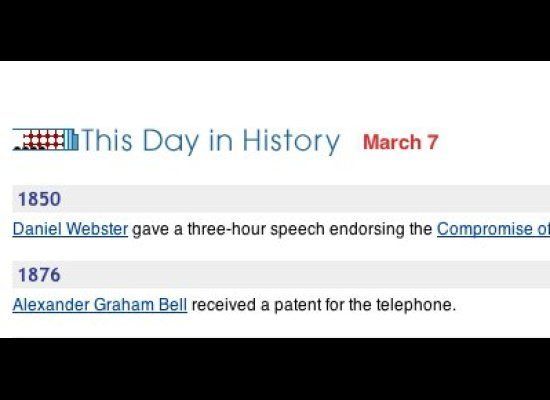