Critics are gushing about the iPad 2. It's being called "even better than the original" and "the best tablet on the market." But not all consumers want to commit to Apple's new tablet.

Apple's "closed" ecosystem is often cited as one of the platform's biggest drawbacks. Furthermore, the iPad 2 doesn't run Adobe Flash player, while many of its competitors do; it also lacks a 4G offering, which some big-name alternatives now tout.

For those of you who won't be picking up an iPad 2 after March 11, we've got a list of non-Apple tablets that may strike your fancy.

Look through our slideshow of the iPad alternatives--from the small to the beefy, the feature-rich to the bare-bones--and vote for your favorites. Seen any great slates that didn't make our list? Leave your suggestions in the comments (below), or email us at technology[at]huffingtonpost.com. You can also check out our iPad 2 review roundup to see what critics have to say about Apple's new tablet. 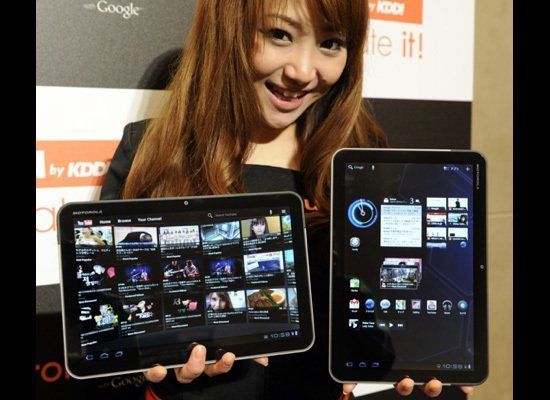 1 / 7
Motorola Xoom
Running Google's tablet-optimized Android 3.0 (Honeycomb) OS, sporting dual cameras and designed with a 4G upgrade in mind, the <a href="https://www.huffpost.com/entry/motorola-xoom-review-roundup_n_827579#s245210&title=Walt_Mossberg_" target="_hplink">Motorola Xoom</a> is a top choice among the iPad's competitors. Walt Mossberg of the <em>Wall Street Journal</em> called this 10.1-inch device "the first truly comparable competitor to Apple's hit iPad." However, the Xoom's price tag ($599 for a base 3G unit with a two-year Verizon contract) may prove to be as daunting for customers as it was for <a href="https://www.huffpost.com/entry/motorola-xoom-review-roundup_n_827579#s245210&title=Walt_Mossberg_" target="_hplink">reviewers</a>.
Getty