Apple announced on Wednesday that its new iPad will be getting a Retina display.

In the words of Apple, a Retina display's "pixel density is so high your eye is unable to distinguish individual pixels" at a normal viewing distance.

The display debuted on the iPhone 4, according to The New York Times, and is also available on the iPod and iPhone 4S. "To this day no-one has yet matched that display technology," Phillip W. Schiller, Apple's Senior Vice President of Worldwide Marketing, said at Wednesday's event, according to Engadget's live blog.

Apple touts on its new iPad site that this is four times as many pixels as the iPad 2 and over one million more pixels than an HDTV.

The company explains how its engineers managed to squeeze this many pixels into the device:

You see, every pixel in a display has multiple signals telling it when to light up. But when you have a lot of pixels and a lot of signals on the same plane, signals get crossed and image quality suffers. To make sure everything on the new iPad looks crystal clear, Apple engineers elevated the pixels onto a different plane — separating them from the signals.

Apple also announced that, among other changes, the company has upgraded the camera on the new iPad to a 5-megapixel iSight camera that can record HD video.

Updates to Apple's iOS mobile operating system and Apple TV were also announced at the event.

Click here for more on the new iPad's features.

Take a look through the slideshow to see some gorgeous new photos of the iPad. 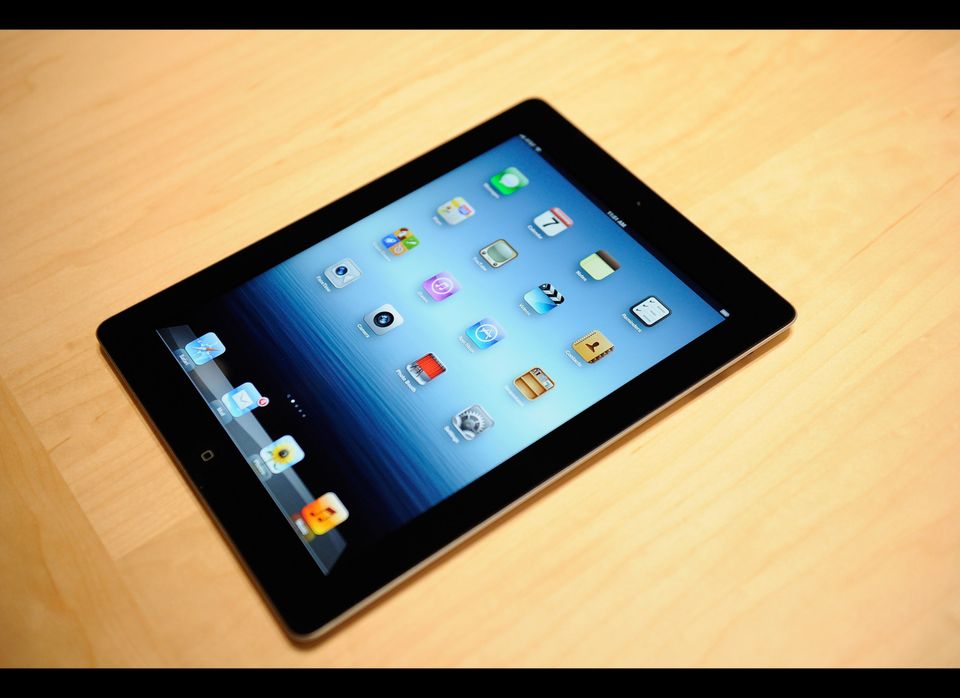 1 / 11
Apple Unveils Updated iPad In San Francisco
SAN FRANCISCO, CA - MARCH 07: The new iPad is displayed during an Apple product launch event at Yerba Buena Center for the Arts on March 7, 2012 in San Francisco, California. In the first product release following the death of Steve Jobs, Apple Inc. introduced the third version of the iPad and an updated Apple TV. (Photo by Kevork Djansezian/Getty Images)
Getty