Much has changed since Steve Jobs pulled back the curtain on the first iPad. In just two short years, the device has gone from an eyebrow-raising curiosity to a household name. Gone are the jokes about oversized iPhones and feminine hygiene products. All that's left is market dominance and the cementing of the late Jobs' legacy.

Yet one of the big questions from two years ago still remains: can the iPad replace a laptop? It's a question that has been labored over time and time again, with no definitive answer.

In years past, the consensus was that the iPad is great for content consumption, but it stumbles with content creation. Sure, it was wonderful for browsing the web, tweeting, and playing Angry Birds; but what about for more intensive tasks? With the arrival of the third generation iPad, can the device now replace a laptop? 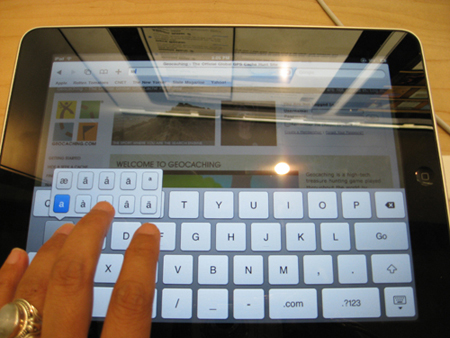 Extensive typing on an iPad has always been a problem. Repeatedly tapping your fingers on glass is never going to be pleasant. A Bluetooth keyboard solves that problem, but then you're left with an extra device to lug around. At that point, the advantages of using a tablet over a keyboard are diminished.

Today there is an easy solution: buy a case with a built-in keyboard. These accessories are light-weight, they allow you to prop up your tablet while typing, and you can tuck them away when you're done. Sure, you'll have to pay around $50-80, but if you write anything longer than emails, it will be worth the price of admission. 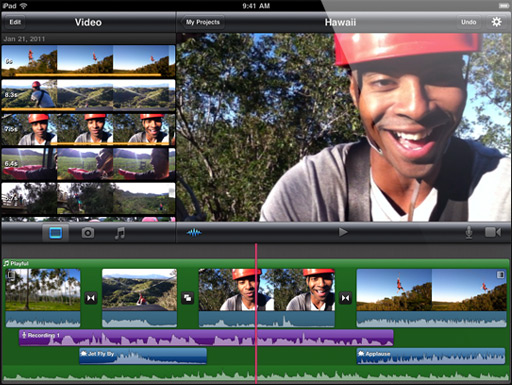 What about photo editing? This is an area where the iPad has drastically improved just during the last month. The arrivals of Adobe's Photoshop Touch and Apple's iPhoto make the iPad a legit image editing platform. Photoshop Touch has a surprising number of features taken from desktop Photoshop. iPhoto, meanwhile, approaches casual editing with unprecedented simplicity and intuitiveness.

Want to edit videos on your iPad? iMovie isn't far removed from its Mac counterpart. Have a tune for a new song running through your head? Open Garage Band, which also holds a candle to its Mac sibling. 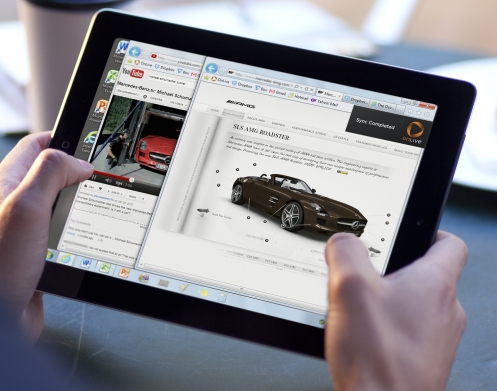 What about people who are less into creative media, and are more into business? Apple's iWork suite has been available since 2010, but now you can also use Microsoft Office on your iPad. Just sign up for OnLive Desktop, and -- provided you have a decent internet connection -- you can tap and swipe your way through a cloud version of Windows 7 and Office.

We used to hear complaints about the iPad's lack of Flash. That's less relevant now than ever, as more websites are shifting to HTML5 (somewhere Steve Jobs is grinning). For those times that you do need Flash, just fire up OnLive Desktop again, and use a Flash-ready version of Internet Explorer.

What about file storage? The iPad doesn't give you direct access to its file system; that must pose a problem, right? Not necessarily. Most apps that deal with files will let you email them, send them to a cloud service like Dropbox, or upload them to a variety of other services. When everything is cloud-ready, what other forms of file transfer do you really need? 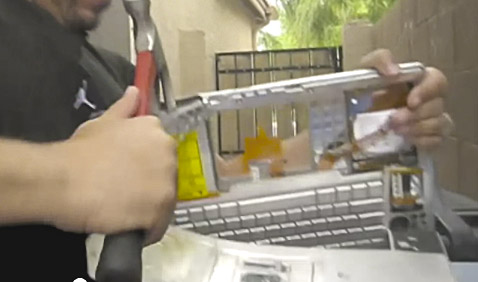 So can the iPad replace a laptop? For the first time, I would say yes... at least for most people.

There are obvious exceptions. Many professionals will still be better off with a notebook. Graphic artists, for example, wouldn't be caught dead using Photoshop Touch. It's doubtful that many sound engineers will trade in their notebooks and start mixing on the iPad (though are there some great apps for that). As strong as iMovie is, the App Store still doesn't have anything that rivals Final Cut Pro or Adobe Premiere Pro for professional movie making.

These, however, are extreme examples. Though we're only two years into the iPad's life, it's tricky to think of other areas where it falls short.

If the iPad has come this far in just two years, where will be after another two? Maybe by then the laptop conundrum will be null and void, and the only question will be whether you need anything other than a tablet.