We usually save anonymously-sourced, totally unconfirmable Apple rumors for our weekly Apple rumors roundup; but when a likely iPhone 5 announcement date emerges along with the best-yet photos of the next-generation iPhone, you can't stand on ceremony.

iMore -- the Apple blog you might remember as the first to correctly predict the 'iPad 3' (Apple's New iPad) announcement and release date -- published a rumor piece late Sunday evening claiming that the iPhone 5 (or whatever it'll be called) and the iPad Mini (or whatever) will be announced at a small event on September 12, with release following on September 21.

Why is this news? Just last week, two separate blogs reported that September 21 would be the Big Day for the next iPhone. iMore's article, however, separates itself in a few key ways:

1. It also has an announcement date -- September 12 -- attached to it, which we have not heard yet.
2. The two blogs (PhoneArena and App4Phone) have empty track records when it comes to Apple rumor reportage, so we can't know how reliable their unnamed sources are. iMore's sources have been accurate in the past, especially when it comes to announcement and release dates.
3. iMore includes the iPad Mini in its report, which no other news site had yet done.

Recent reports from respected Apple sources like KGI Securities Analyst Ming-Chi Kuo (one of the few financial analysts not to buy into the redesigned iPhone 5 hype last year) have strongly argued for a September release date for both the new iPhone and perhaps the iPad Mini, too; if iMore's dates aren't exactly correct, in other words, they are likely close to accurate. Another Apple site with strong credentials, iLounge, also has a report Monday morning claiming that the new iPhone will be released in the "third week of September."

iLounge's Jeremy Horwitz, however, does not necessarily agree with iMore's Rene Ritchie on the topic of the iPad Mini. Writes Horwitz:

The iPad mini will apparently not be ready to ship at the same time as the new iPhone, and might have its own debut event. Our source says that it could ship by November, which we noted would be really close to year’s end, during a month that typically doesn’t see new hardware releases from Apple; our source stood firm on the target date.

While the exact details of the announcement date and release date of the smaller, cheaper iPad (dubbed "iPad Mini" by an analyst about a year ago) remain mired in disagreement, it appears pundits with anonymous sources do agree on a release date for the next iPhone: The third week in September, perhaps on Friday September 21. The iPhone 4S was released on October 12, also a Friday.

As for the details of the so-called iPhone 5, we're still expecting the usual features: 4G LTE connectivity; a larger 4.0-inch screen, with a taller, thinner phone body; the headphone jack moved to the bottom of the phone; and a smaller dock connector. Up to now, we've seen a few good renderings and mock-ups of what that phone could look like; now, however, we have some gorgeous high-def photos, from the Japanese website iLab. These iPhones were apparently constructed from leaked parts assembled outside of a manufacturing plant, according to CydiaBlog: 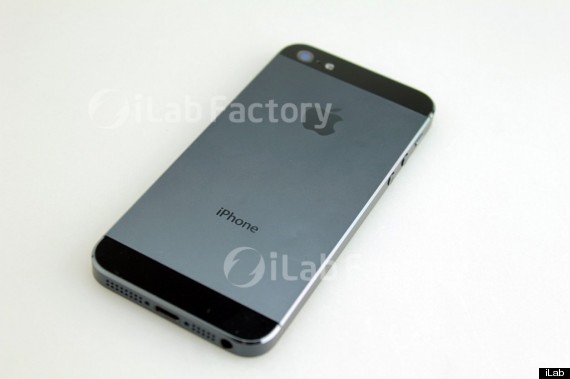 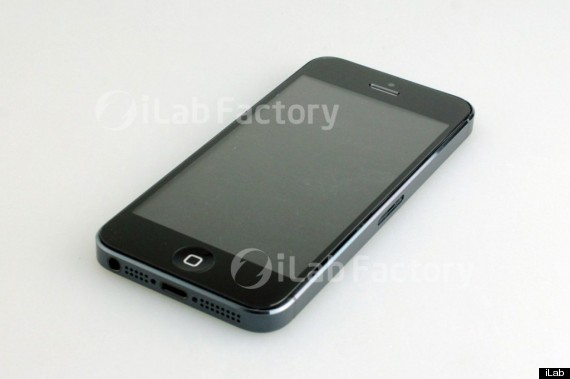 If that's not enough for you, another Japanese Apple blog, Macotakara, has posted a new video to YouTube, showing what is allegedly the casing for the next iPhone. It gives a good multi-dimensional look at what might be the design of the upcoming, September-bound iPhone:

Does the two-tone, taller and thinner casing in this video and in these photos contain the look of the new iPhone, and will it be available for purchase on September 21? Given the consistency of leaks, and the provenance of iMore and iLounge, both scenarios are looking ever more likely.

PHOTO GALLERY
WHEN?
Download
Calling all HuffPost superfans!
Sign up for membership to become a founding member and help shape HuffPost's next chapter
Join HuffPost
Voting Made Easy
Register to vote and apply for an absentee ballot today
Register now
Jason Gilbert
Contributor
Suggest a correction 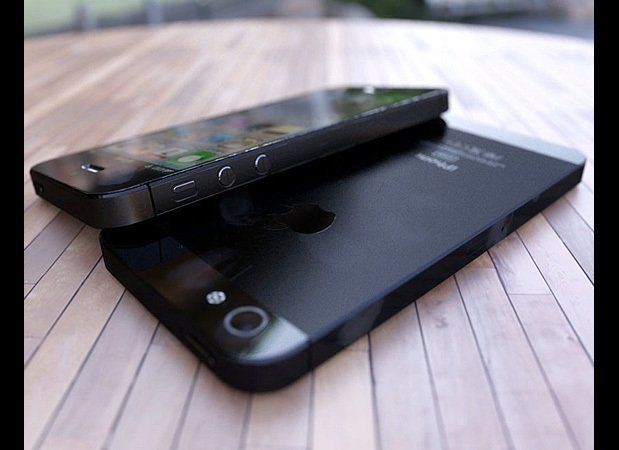 1 / 5
Two Blogs Claim iPhone 5 Will Be Released On September 21
Are you less than two months away from holding the new iPhone 5 in your own hands? Only Apple execs, and perhaps their spouses and/or lovers, know for sure, but <a href="http://www.bgr.com/2012/07/26/iphone-5-release-date-rumor-september-21st/" target="_hplink">two separate blogs this week reported</a> that they had discovered the next iPhone's official release date. One of the blogs (App4Phone) is written in French, and the other (PhoneArena) is written in English; and though the two can't agree on a common language, they did come together on one thing: The iPhone 5 will be released on September 21. That's what they've heard, anyway. PhoneArena <a href="http://www.phonearena.com/news/iPhone-5-release-date-set-to-be-September-21_id32598" target="_hplink">has claimed that September 21st</a> is the day once before, and <a href="http://www.phonearena.com/news/More-rumors-confirm-September-21-to-be-iPhone-5-release-date_id32684" target="_hplink">now they're confirming that date</a>. The first time PhoneArena heard this rumor, their source was an accessory maker; this time, the source is "an employee working for a large U.S. retailer." (Because it has been in the news so often this week, I can only assume that the "large U.S. retailer" in question is, indeed, Chick-Fil-A). The Francophones at App4Phone, meanwhile, <a href="http://app4phone.fr/article-53775/exclu-app4phone-date-de-sortie-et-informations-sur-liphone-5" target="_hplink">also have</a> an "exclu," <a href="http://app4phone.fr/article-53775/exclu-app4phone-date-de-sortie-et-informations-sur-liphone-5" target="_hplink">reporting that</a> the "date de sortie" is September 21, while also corroborating earlier rumors that the dock connector will be smaller (the reputable Reuters confirmed that one this week, too), that the headphone jack will be "déplacée" to the bottom of the phone, and that the phone itself will be taller to accomodate a larger, 4.0-inch "écran." That last bit either means that the next iPhone will have a 4.0-inch screen, or that it will ship with a new, innovative 4-inch long "E-Crayon" stylus. I don't know, I don't speak French. (Bonus France joke: As a footnote, App4Phone is also reporting that, in France, the iPhone 5 will not be called the "iPhone 5" but will rather be called "<a href="http://www.youtube.com/watch?v=SLtwFugudZE" target="_hplink">iPhone 5 with Cheese</a>." Either that, or "Jacques.") Could September 21 truly be the end to almost two years of iPhone 5 rumors? We've been hearing more and more that September, not October, will be the release month, so if it's not <em>exactly</em> September 21, that date could at least be close. Now we have even more evidence that September will indeed be the month. If you come with me to the next slide in this merry slideshow, you can learn why.
Flickr: Martin Hajek