TAIPEI/HONG KONG (Reuters) - Apple Inc's new iPhone will drop the wide dock connector used in the company's gadgets for the best part of a decade in favor of a smaller one, a change likely to annoy the Apple faithful but which could be a boon for accessory makers.

The iPhone 5, Apple's next generation iPhone expected to go on sale around October, will come with a 19-pin connector port at the bottom instead of the proprietary 30-pin port "to make room for the earphone moving to the bottom", two sources familiar with the matter told Reuters.

That would mean the new phone would not connect with the myriad of accessories such as speakers and power chargers that form part of the ecosystem around iPods, iPads and iPhones, without an adaptor.

"It represents an opportunity for accessory vendors," said Pete Cunningham, London-based analyst at technology research firm Canalys. "The iPhone connector has been a standard for a long time now and I would expect the same to be true for a new connector, should Apple change it as expected."

Apple did not immediately reply to an emailed request for comment.

Tech blogs have long speculated on the demise of the 30-pin connector, which at 21 mm wide takes up a chunk of space, especially as the latest technologies such as microUSB offer more power in less space.

They say that a smaller connector would give Apple more scope for new product designs or a bigger battery, or simply to make ever smaller products.

Switzerland's Logitech, one of the biggest makers of Apple speakers, declined to comment.

But some enterprising vendors in China have already begun offering cases for the new phone, complete with earphone socket on the bottom and a "guarantee" the dimensions are correct.

For some in the peripherals industry, the change could open doors to new business.

"iPod docking speaker sales have been declining for one or two years," said an employee of a Hong Kong-based company that designs speakers especially for Apple products.

"My previous factory is a lucky one. They shifted the focus to Bluetooth speakers, which proved a wise decision now," the employee said, speaking on condition of anonymity.

Apple has already said that some users of older models of its Macbook computers won't be able to use the latest operating system to be announced soon, but analysts think it will be kinder to mobile gadget users.

"Apple needs to find a solution not to disappoint their current clients who want to upgrade to the new iPhone but are tied to an expensive accessory that have bought," said Franciso Geronimo, London-based analyst at technology research firm IDC.

"I believe Apple will come up with some sort of adaptor so the new iPhone can be used with previous connectors."

It could be a difficult change for Apple to manage, even with an adaptor.

"With a smaller connector, what am I going to do with my loudspeaker at home and the fitness pack that I use when I go to the gym? That's the question," said 24-year old Travis Tam, who owns an iPhone 4 and works as an account executive at a social networking company in Hong Kong.

"I feel that the premium gap between the next iPhone 5 and newest Android models is getting much smaller these days. That will mean that details such as having a smaller connector will mean more in whether I will continue to use an iPhone and switch to other Android phones."

A salesman surnamed Chan at an Apple reseller in Hong Kong thought a smaller connector would be a "pain", and would spoil the clean lines and seamless connectivity that is Apple's trademark.

"There are ways around it as some of the speakers have an audio input point that can be connected directly to any iPhone with a earphone jack. It's not a very elegant way of doing things, but it's an alternative," he said.

"I don't think it will stop Apple consumers from buying the new gadgets," said C.K. Lu, Taipei-based analyst at research firm Gartner. "Many companies are interested in developing accessories for Apple because Apple users are more open and willing to buy accessories."

(Additional reporting by Tarmo Virki in HELSINKI and Caroline Copley in ZURICH; Writing by Jonathan Standing; Editing by Alex Richardson) 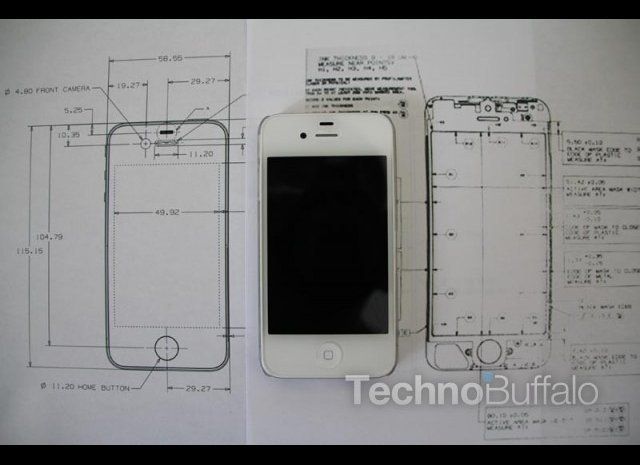 1 / 9
iPhone 4 And iPhone 5 Schematics
The iPhone 4S is pictured in the center between a blueprint of the iPhone 4 and the <a href="http://www.technobuffalo.com/companies/apple/iphone/iphone-5-schematic/" target="_hplink">alleged schematic</a> of the iPhone 5 that was recently leaked.