Antonio De Rosa of ADR Studio has shared his vision of what the much-anticipated iPhone 5 could look like.

According to De Rosa's post, his super-slim, aluminum-bodied device lacks a SIM card, integrates the home button into the display screen, features volume buttons and a headphone jack on its top edge, and has an LED-powered border which can be used "to show the strength of battery life or to show you a preferred caller: you can choose the color thanks to the LED-edge dedicated app."

In addition, the design incorporates a few features that the next iPhone is actually rumored to include, such as 4G LTE connectivity and a Retina display -- though De Rosa's phone has not just one, but three displays.

While the next iPhone isn't likely to look like this, De Rosa's mockup is an intriguing design and a follow-up to the last one he released for the iPhone SJ, an iPhone device named for the late Steve Jobs.

Flip through the slideshow below to check out De Rosa's iPhone 5 design. What features do you hope to see on the iPhone 5?

Check out the latest Apple rumors here and get the buzz about the iPhone 5's potentially larger screen here. 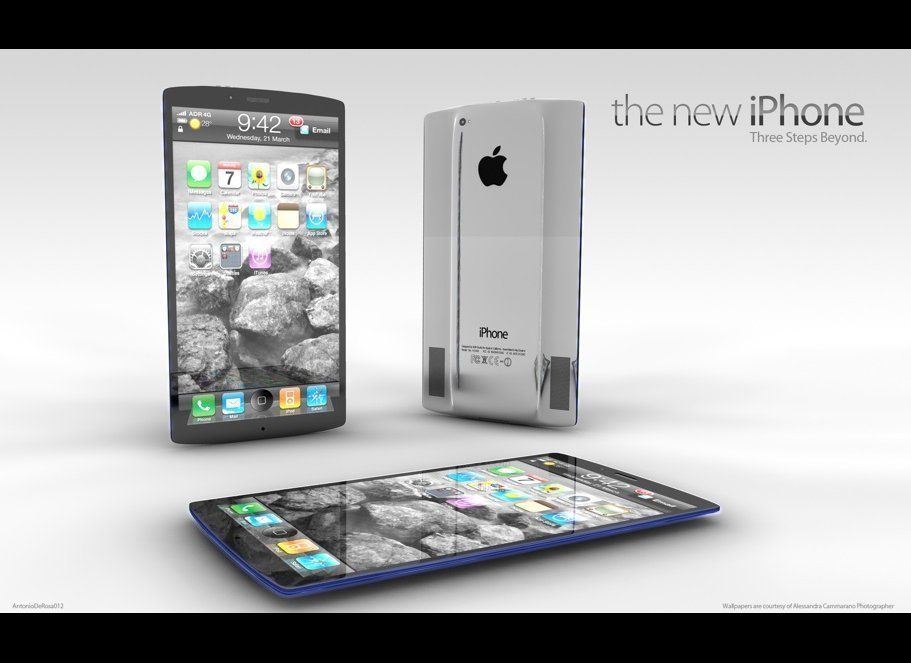