Hello, ladies and gentlemen, and welcome to This Week In Apple Rumors, our regular look back at all of the week's unconfirmed gossip, questionably-sourced reports, and blatant speculation about future Apple products from around the Web! Let's take a look back at what the various Apple blogs and websites were excited about in the past week, from September 2 - 8. Check out our previous edition of Apple rumors here, and for all the latest you can follow me on Twitter right here.

iPhone 5 Unveiling, iPad Mini Leaks, And The Return Of iPod: This Week In Apple Rumors
5 IS ALIVE 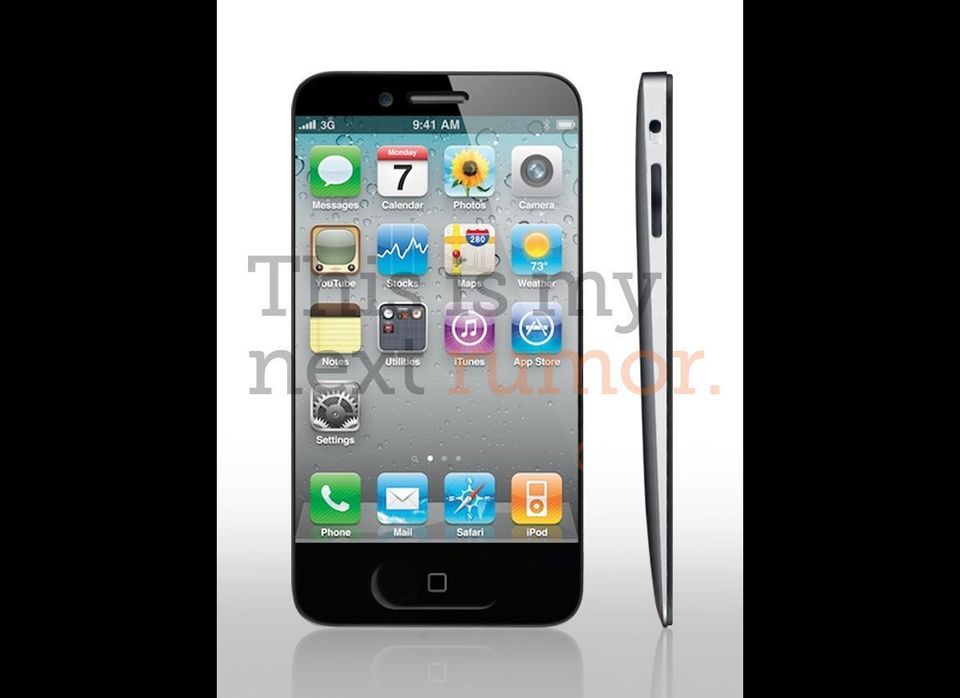 1 / 9
The iPhone 5 Will Finally -- FINALLY! -- Be Here On Wednesday
Before we get started on this super-sized edition of <strong>This Week In Apple Rumors</strong>, I'd just like to say that this is, personally, a bittersweet column for me to write. You see, for about 14 months, I've been writing about a mysterious little bugger apparently being produced by Apple called "the iPhone 5." The details of the "iPhone 5" have shifted over time -- we've gone from a 4.8-inch screen, and a teardrop design inspired by the MacBook Air (at left), to the more conservative version that Apple is expected to introduce on Wednesday -- but it has always been the "iPhone 5," a name that is not what Apple is expected to call the next iPhone, but which has morphed into blogger shorthand for "new iPhone that doesn't look like current iPhone." For 14 months I've followed the development of the idea of the iPhone 5 -- how big the screen would be, when it would be released, what features it might add, whether it would revolutionize smartphones as we knew them -- and for 14 months, the iPhone 5 has remained just that: An idea. Not a thing to be released or held in anyone's hand or pocket, but an idea. And, well, it appears that now the "iPhone 5" is going to be unveiled, on Wednesday, September 12, at an Apple event in San Francisco. It's a bittersweet feeling, really, the feeling of a great release, the end of an enormous constipation, akin to graduating from college after years of work, or of finally passing a kidney stone. I've spent so much time on the iPhone 5, parsing endless webpages full of speculation, rumors, hypotheses, hunches, "leaks," and mock-ups (again, see a hilariously wrong one from early in the game at our left) that I can barely imagine what This Week In Apple Rumors will be like without an endless stream of nonsensical iPhone 5 chatter. For on Wednesday, the DiMaggio-esque streak of iPhone 5 appearances in this column will end. The iPhone 5 we've been lusting after for a year and a half will manifest itself; and so we'll come to the end of an era of sorts in Apple Rumorwatching. It will be a bittersweet day, for sure, but hey -- there's always the iPhone 6. I hear it's going to have rocket boosters. And now, without further ado: Let's get on to the rumors, starting with, as always the iPhone 5:
ThisIsMyNext