Hello, ladies and gentlemen, and welcome to This Week In Apple Rumors, our regular look at unconfirmed gossip and questionably sourced reports radiating from Cupertino, Calif. This week, we heard new details about the next iPhone's release date, a "graphite"-colored iPhone 5S, and a "revolutionary" new patent that could mean the end of hinges. So without further ado, here are this week's rumors.

We're a bit less than a month from getting our hands on the iPhone 5S, the next generation iPhone, and the iPhone 5C, the new, cheaper and more colorful plastic-cased handset, according to a report in Japan's Nikkei, relayed by BGR's Zach Epstein.

Apple is to announce the two new devices at an event on Sept 10, according to speculation, and the products' release 10 days after the announcement is consistent with previous iPhone releases. Apple announced the iPhone 5 last Sept. 12 and it became available in a handful of "launch countries" nine days later. The iPhone 4S was announced on Oct. 4, 2011, and was available 10 days later.

Last week, the Internet was ablaze when AllThingsD and TechCrunch confirmed what had been rumored for months: Apple will release a gold-colored iPhone. But the new colors don't stop there. On Monday, Sonny Dickson reported that the iPhone 5S "may" also come in grey or "graphite" with white panels. Check out the image below and click over to Dickson's website to see a gallery of graphite and gold iPhones. 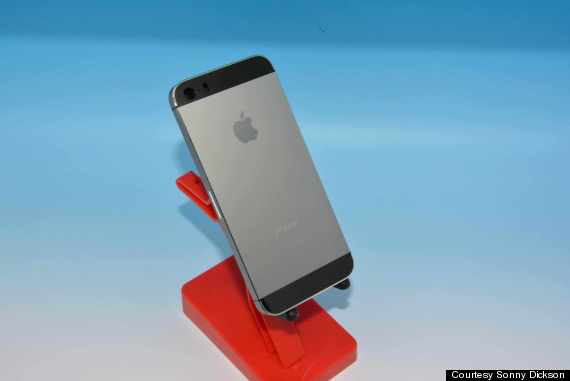 Could you soon be paying Apple for TV instead of Time Warner or Comcast? Quartz reported last week that Apple has been negotiating directly with networks like HBO, Disney and Viacom "to provide content for a television set that would emphasize apps over cable TV." One of the scenarios Quartz lays out in its article is that Apple may be readying its own pay TV service. So, instead of writing a check each month to your cable provider, you may be paying Apple for TV delivered online, not through cable or satellite. This, of course, this would potentially be on the highly anticipated and long-awaited Apple-designed television.

Apple last week applied for a patent for "interlocking flexible segments" that could replace bulky hinges on its hardware, Patently Apple reports. The patent would allow two pieces of material to be joined by a pattern that's cut into the material. As ExtremeTech's James Plafke points out, not having hinges could mean that a MacBook Air could be made from "one fluid piece of metal," making it even thinner.