Hello, ladies and gentlemen, and welcome to This Week In Apple Rumors, our regular look back at all of the week's unconfirmed gossip, questionably-sourced reports, and blatant speculation about future Apple products from around the Web! Let's take a look back at what the various Apple blogs and websites were excited about in the past week, from January 13 -19. Check out our previous edition of Apple rumors here, and for all the latest you can follow me on Twitter right here. 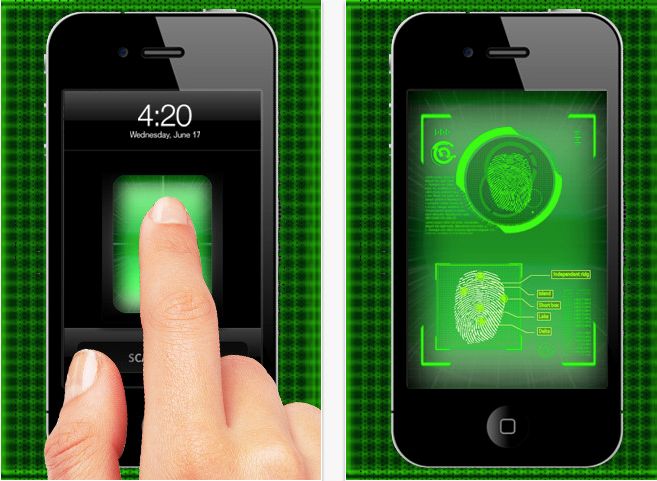 1 / 4
Will The iPhone 6 Feature Fingerprint Detection?
If you were looking for some exciting, bizarro, intriguing speculation about the next iPhone, you've come to the right place: We're back with <strong>This Week In Apple Rumors</strong>, and we're starting things off with one of the more curious iPhone rumors (that could actually be true!) we've heard in some time. Respected Apple analyst Ming-Chi Kuo of KGI Securities -- who has perhaps the best track record of any Apple analyst, pundit or soothsayer working today -- is out with his <a href="http://www.macrumors.com/2013/01/16/apples-2013-product-roadmap-predictions-multiple-iphones-retina-ipad-mini-all-retina-macbook-pros/">predictions for the year in Apple devices</a>. The juiciest tidbit from the report, first published by MacRumors? That <a href="http://www.macrumors.com/2013/01/16/apples-2013-product-roadmap-predictions-multiple-iphones-retina-ipad-mini-all-retina-macbook-pros/">Apple is preparing to install a hardware fingerprint sensor on the next iPhone</a>, perhaps integrated with the home button, to differentiate its new phone from growing competition. If you think about it, Apple's been playing it pretty safe with its iPhone updates of late. Its iPhones have been getting lighter, and faster, and thinner, yes, but aside from perhaps Siri (which is more often derided than praised), there hasn't been a seriously distinguishing, out-there feature on a new iPhone in years. It has caused a fair share of <a href="http://www.usatoday.com/story/tech/2013/01/14/apple-demand-future-innovation/1827607/">Internet bellyaching that Apple is no longer the innovator it once was</a>. All of which is why this fingerprint detection thing is so intriguing. <a href="http://www.forbes.com/sites/karstenstrauss/2012/07/27/apple-acquires-authentec-a-fingerprint-as-a-key/">Apple paid over $350 million for fingerprint technology company AuthenTec in July 2012</a>; now it could be readying an iPhone that can be unlocked by a touch of the pointer finger. Sound cool? Read on for more on the iPhone 6 -- or iPhone 5S, or whatever -- and other predictions from the usually-accurate KGI Securities analyst, including his predictions for every single product Apple will unveil in 2013.
Lakmal Fernando/iTunes