A new Apple patent gives more weight to rumors that the next iPhone will be made of a nearly indestructible type of glass.

Apple won a patent this week for “fused glass device housings," a new method of fusing together pieces of glass, which could be used to make casings for devices like the iPhone and iPad, Apple Insider reports.

The patent award comes amid rumors that the front panel of Apple's next phone, which may or may not be called the "iPhone 6," will be built with a super-durable substance known as sapphire glass. Tech vlogger Marques Brownlee on Monday uploaded a YouTube video demonstrating just how unbreakable iPhone's sapphire-glass front could be. Brownlee scratched it with a knife and a set of keys and bent it to more than 90 degrees under his shoe, all without leaving a mark.

The new patent suggests that the entire "iPhone 6" outer casing could be made of sapphire glass, Apple Insider points out. Apple applied a while back for a patent for "sapphire laminates," a hint it was trying to figure out how to use sapphire glass to make casings.

According to the new patent, Apple has figured out a way to build an all-glass device that would still be durable and lightweight, essentially by fusing multiple pieces of glass together rather than designing casings out of a single slab. Rough sketches from the filing show how the glass can be fused together to create boxy or rounded casings, with cutouts for buttons and charger ports. 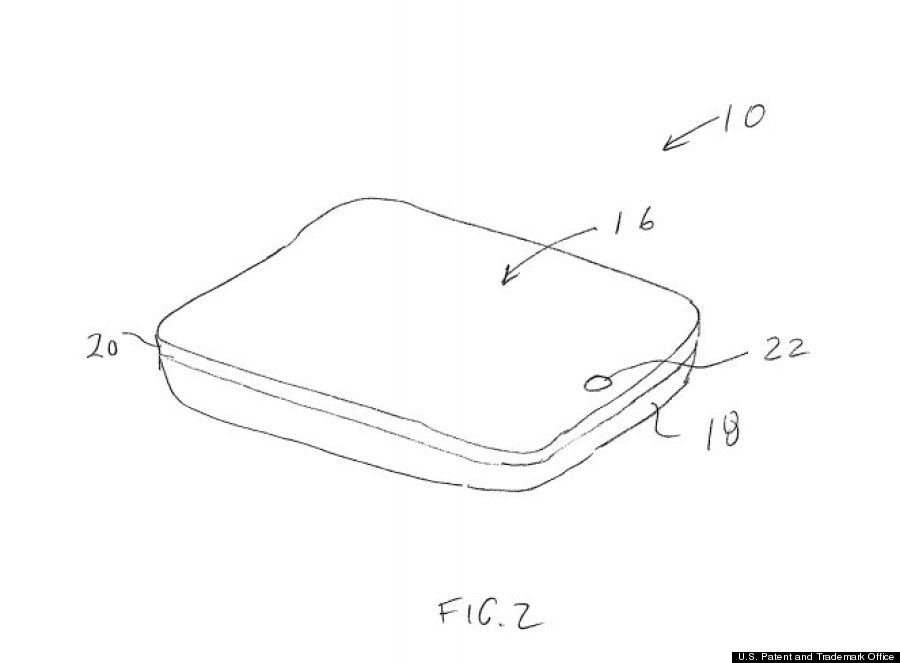 This drawing from the patent filing shows an electronic device and supporting stand made of the fused glass casing. 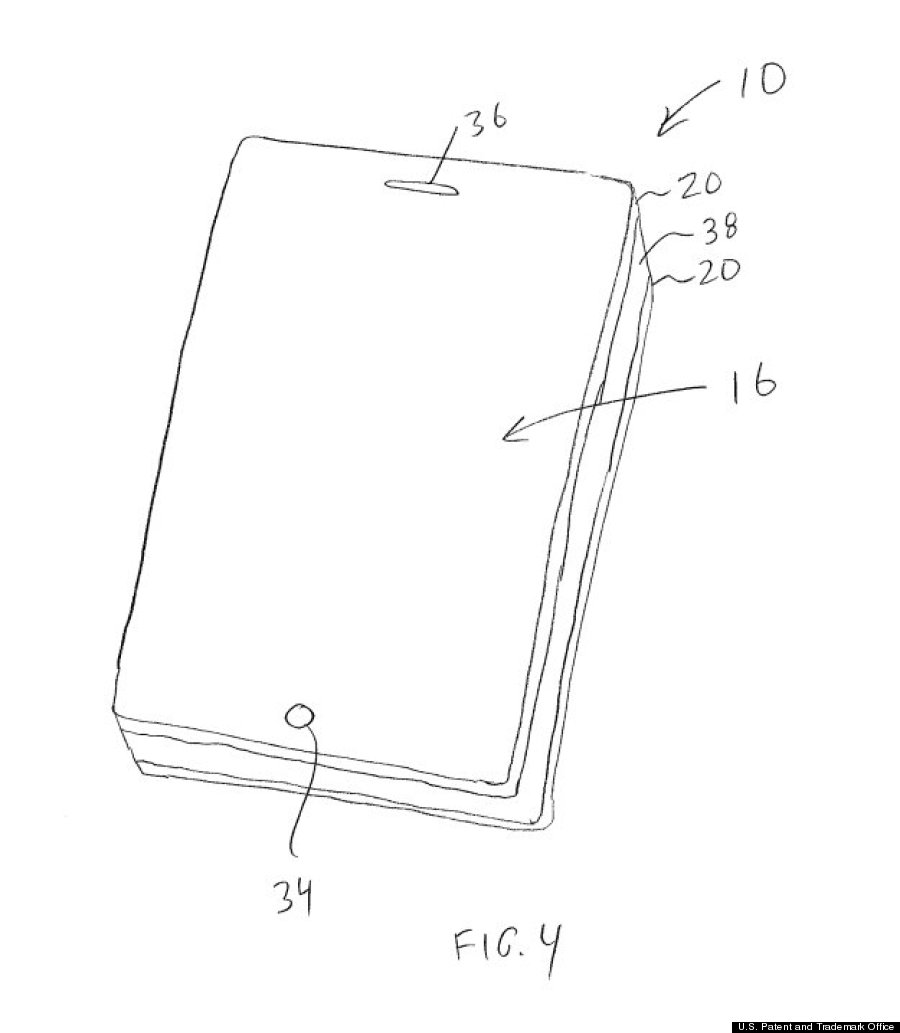 A frontal view of an "an illustrative portable electronic device such as a cellular telephone," according to the patent. 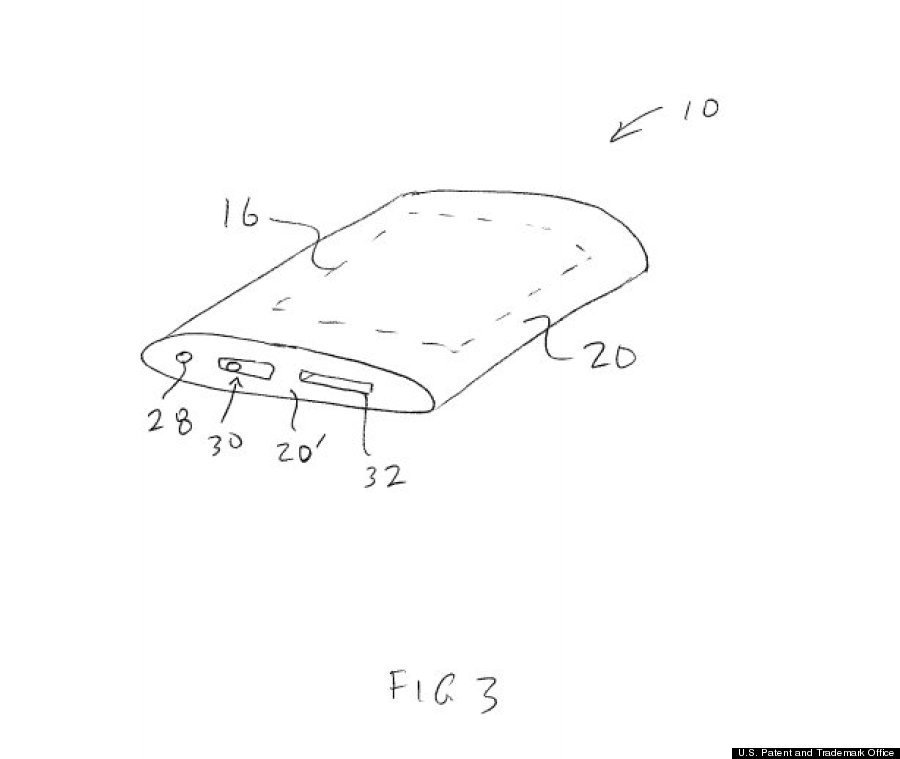 A sketch of a media player with the fused glass casing.

The patent, which can be viewed in full here, lists Apple Senior Vice President of Design Jonathan Ive as one of the inventors. It was filed in January 2012 but was only awarded on Tuesday.

A sapphire-glass casing could ease fears about Apple returning to the famously breakable glass construction of the iPhone 4 and 4S (it switched to metal bodies for the 5 and 5S).

If the piece of glass Brownlee tested actually was a prototype of a new iPhone's sapphire-glass front panel, it appears to be a vast improvement on the shatter-prone Gorilla Glass that Apple has long used. Apple may be betting that sapphire glass can offer both the aesthetic pleasure of early iPhones and the durability of the newer ones.

No guarantees, but butterfingered Apple fans might want to be cautiously optimistic.

Read an excerpt from the patent filing below: 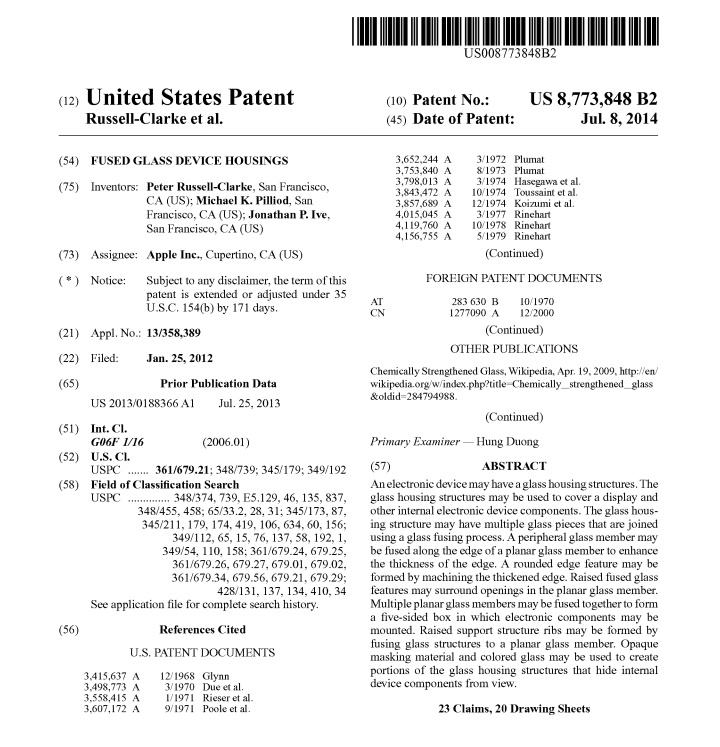