Last April, when I posted a blog and slideshow about an exhibition of iPhone art -- The Art of iPhone Photography in Orange County -- I was stunned by the level of attention and interest that the blog generated. When it briefly appeared on the AOL homepage my editor told me it generated over a million pageviews in a 24 hour period. As the comments that followed the blog demonstrated, people had trouble believing that such striking images could be made on an iPhone.

Since that time, I have kept in touch with Knox Bronson, who oversees a the site P1xels: The Art of the iPhone, which bills itself as a "global salon for iPhonic art." The next time you feel like web surfing, drop by the site and look over some of the thousands -- that is correct: thousands -- of images on view. Prepare to be touched, inspired and flat out amazed.

Knox recently asked me to serve on a panel of judges for THE THIRD WAVE, a global exhibition of iPhonic art. In looking over the entries I was dazzled by the expressive range of the images, and I couldn't help noticing the growing subtlety of the digital transformations that took so many of them into the range of what I would have to call "digital painting." Who knew iPhones, iPads, and iPods -- the allowed devices -- could capture and transform images so fluidly?

Baron Wolman -- the first photographer for Rolling Stone who also served as a judge for the exhibition -- had this reaction after looking over this year's entries:

As a non-iPhone user I was stunned by the new visual world I encountered as I perused the many entries. I had simply no idea the level of creativity possible with what is still archaically called a mobile telephone... With the advent of inexpensive digital cameras the floodgates of photographic creativity have opened. Thousands of people who had never considered themselves photographers have become seriously talented shooters. The world of photography has been transformed forever.

I asked Knox to tell me about the guidelines for the exhibition, and here is what he had to say:

All the images, which came in from a global call for submissions, were shot using on the iPhone and further manipulated on the device. No off-device editing or manipulation, i.e., with a laptop or desktop computer, was permitted.

Artists develop their own app sets out of thousands available and workflow for working on their images: most use from five to ten apps on a given picture. They play with textures, color, saturation, distortion, all manners of image manipulation, layering the results, adjusting every pixel, to achieve a personal vision on the tiny device. Henri Matisse once remarked, 'Much of the beauty that arises in art comes from the struggle an artist wages with his limited medium.' Quite à propos to the making of iPhonic art."

Enjoy this online sampling of selections from the show, or drop by and see the prints in Berkeley or Bremen.

Correction: An earlier version of this post listed "Golden Gate Creativity Center," which is incorrect. We regret the error. 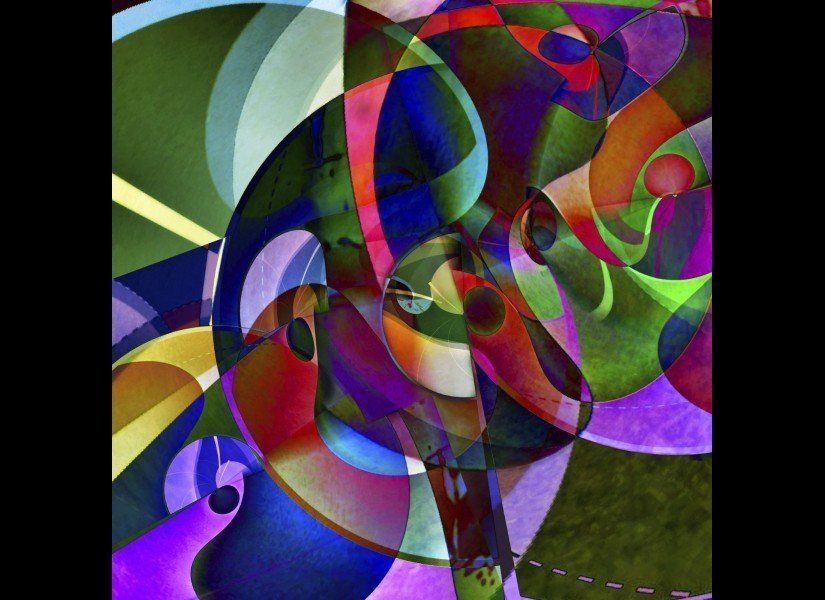