Each time Apple launches a lustrous new iPhone, it's a spectacle. Crowds cheer as they rush to stores in the eternal quest to obtain the latest and greatest gadget.

But the blind fervor over Apple devices masks a darker aspect of iPhone mania: People go to truly desperate lengths to get their hands on one.

Since the first iPhone shipped out in 2007, fans have gotten in fist fights, sold organs and even trafficked children in exchange for the devices. Others risked their own safety to recover lost phones. Robbers have killed just to make a buck feeding the iPhone black market.

Here are some of the most extreme things people have done in the name of an iPhone.

1. One couple sold three newborn babies.
A couple in China was charged with child trafficking after they sold three of their children over several years to pay for iPhones and high-end shoes.

2. A teenager sold his kidney.
A Chinese teenager sold a kidney in 2011 and used the money to buy an iPhone and an iPad. Five people were later charged with intentional injury, including the surgeon who removed the kidney.

4. One guy tried to "rent" his girlfriend.
A Chinese man was photographed holding up a sign at Songjiang University in Shanghai advertising platonic dates ("no funny business" allowed) with his girlfriend to finance a new phone. The woman in question appeared to be a willing participant.

5. Another guy demanded a dowry from his future brother-in-law.
A Saudi man took advantage of marriage customs by requesting a new iPhone 6 in exchange for a woman's hand in marriage.

7. Several people have tried to buy sex.
People have posted ads on Craigslist attempting to trade sexual favors for the iPhone 6.

8. A 15-year-old girl fell off a car and died.
A girl in Santa Ana, California, ran after a thief who stole her iPhone in July, jumping onto the back of his car as he sped away. Witnesses told police that the driver "swerved back and forth in what appeared to be an intentional manner to get her off the car." She fell off and died from her injuries. A number of other people have been killed by thieves looking to cash in on high demand for the phones.

9. One lady traded a $2,000 bag for a better place in line at the Apple store.
A woman who was already fifth in line for the iPhone 5S traded her Louis Vuitton bag in order to move up to third place last fall after an Apple store employee hinted at a limited supply of phones.

10. Thieves formed a gang with the singular goal of stealing iPhones.
New York City police dubbed the gang, which they believe to be responsible for around 40 iPhone robberies, "Apple Pickers." More than 3 million Americans were victims of smartphone theft in 2013.

12. Many people have been in physical fights outside an Apple store.
There were numerous reports of fights after the iPhone 6 release. It's not a new phenomenon.

13. A police chief sent 10 officers to find his son's phone.
Berkeley, California, police chief Michael Meehan was criticized in 2012 for having 10 investigators work overtime to search for his son's missing iPhone. They didn't find it.

14. One man stole from a baby.
In 2012, a surveillance camera picked up a man stealing an iPhone from a 20-month-old baby whose mother had been letting her use it to watch "Barney the Dinosaur."

15. People stood in line for 22 days.
A bunch of people camped outside the Apple store on Fifth Avenue in New York City weeks before the iPhone 6 became available. One Japanese man attempted to line up seven months before the release date, but was told to leave.

PHOTO GALLERY
This Is Every Apple Watch 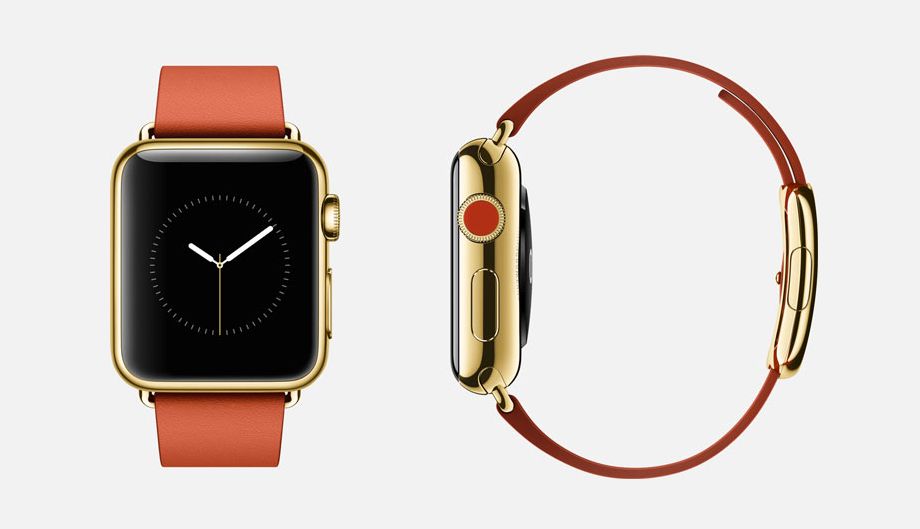