The ongoing Apple vs. Samsung mudslinging match just got a little more interesting for those watching from the sidelines.

Last week, documents showing a prototype of the iPad were released, giving the public an interesting look into the Apple's secretive world, and what goes on in its lab. Now The Verge has posted photos from court documents showing an array of iOS Apple products in multiple stages of production -- and one of those designs has a Sony label on it.

"According to the filing, it was designed by Apple's Shin Nishibori, and was apparently up against another more metallic, iPod-style device at one point," Engadget reports.

This had Samsung throwing up their arms as they prepare for a highly-anticipated patent trial with Apple next week. AllThingsD reports one of Samsung's arguments against Apple will most likely be that their "'revolutionary' iPhone design wasn’t an original creation, but a derivative one."

Apple sued Samsung for allegedly copying their iPhone and iPad ideas, seeking $2.5 billion in damages. Samsung then countersued, and now both disgruntled tech companies are headed to court in California next week.

The bitter patent battle has also spilled over into the U.K., Australia, and other countries, with one British judge stating that the two products would never be confused by shoppers because Samsung tablets are "not as cool."

The court documents also show some interesting iPad and iPhone features that were eventually scrapped. For example, one iPhone prototype was only half touchscreen, and several versions of the iPad had built-in kickstands. The documents also show dimensions and shapes a few popular products had before morphing into the designs that were eventually released.

What do you think about the Apple products revealed? Does it surprise you that a Sony product (or just a part of one) was allegedly involved in the making of the iPhone? Check out the slideshow below for more pictures of the Apple prototypes, and then sound off in the comments section or tweet us at @HuffPostTech. 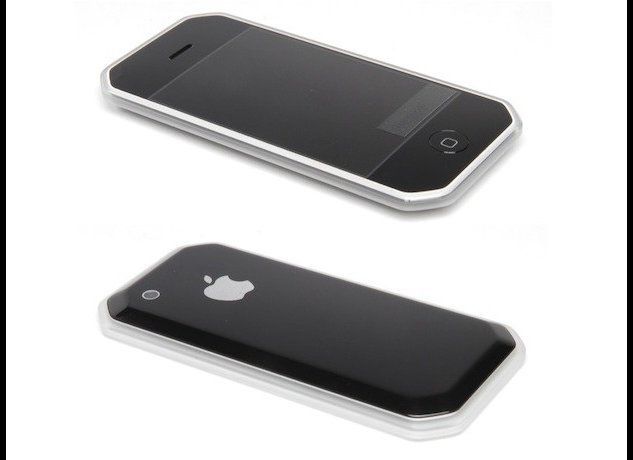