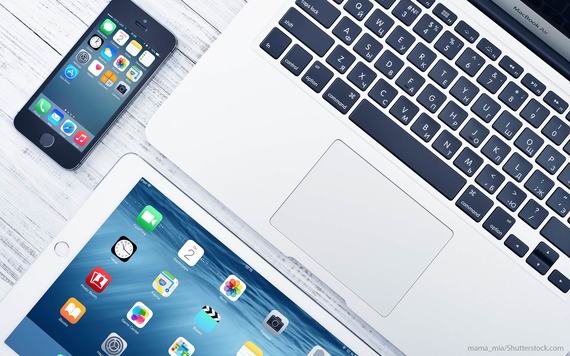 Starting at $399, the iPhone SE is cheaper than its predecessors. But for Apple fans who opt for the latest and shiniest products, the iPhone SE will put another dent in their pockets.

Learn about the new Apple iPad, the Apple Watch's new price and see how much Apple products have cost you over the years.

Related: The 20 Highest-Paying Jobs at Apple

Along with its latest iPhone, Apple also announced the release of the highly anticipated 9.7-inch iPad Pro. The new iPad starts at $599 for the 32GB, Wi-Fi model and $729 for the 32GB Wi-Fi model with cellular capability.

The new iPad Pro packs the power and capabilities of rival PCs but the major upside to the iPad is that it's smaller than the massive 12.9-inch iPad Pro released last year.

The Apple Watch is seeing one significant update: its price. The Apple Watch's price first debuted at $349 -- $100 more than rivals like Fitbit. Though sales numbers for the Apple Watch are unknown, it's likely Apple hopes the new $299 price tag will boost sales and keep it competitive in a growing market.

How Much Have Apple Products Cost You?

With the $399 price tag, the iPhone SE isn't the costliest iPhone to be released. The new 9.7-inch iPad Pro also costs less than the iPad 2 and the original iPad Pro. Compared to other Apple launches, where do the iPhone SE and iPad Pro stack up?

It's hard to remember the days before you could carry around hundreds of songs in your pocket. On Oct. 23, 2001, Apple announced the launch of the iPod, the MP3 device that changed the way people listened to music. With the ability to hold up to 1,000 CD-quality songs, the original iPod sold for $399.

Read: Save $1,644 by Sharing Spotify, Netflix and These Other Accounts

The first generation iPhone broke new ground when it was released June 29, 2007. It introduced attributes that smartphone users now take for granted: widescreen display, touch controls and internet communication comparable to a computer. But these breakthrough features came at a hefty price: $499 for the 4GB model and $599 for the 8GB.

Even after multiple generations of iPhones have been released, first generation iPhones can still be found on eBay. Prices vary widely, from $54 for mint condition iPhones to unopened, "never activated" ones costing $8,900.

Apple followed up the original iPhone with the iPhone 3G on July 11, 2008, starting at $199 for the 8GB model and $299 for the 16GB. The iPhone 3G offered double the networking speed at a fraction of the cost of the first generation iPhone. However, customers were required to sign up for two-year contracts with AT&T for the promotional pricing.

Nowadays, the iPhone 3G and 3Gs can be found on eBay selling for pennies on the dollar. Some are reselling for as low as $13.99.

Apple launched the iPhone 4 on June 24, 2010. Described by the late Steve Jobs as "the biggest leap since the original iPhone," the iPhone 4 introduced FaceTime and the new iOS 4 mobile operating system.

The iPhone 4s introduced the 64GB model, which sold for $399 with contract. Unfortunately, you can't get much money for your old iPhone 4; even in "flawless" condition, a 64GB iPhone 4s might only fetch $10 on Gazelle, an e-commerce site that buys and sells pre-owned consumer electronics.

With the release of the iPhone SE, Apple discontinued the iPhone 5s. The good news is that your working iPhone 5s can fetch you between $90 and $105 on Gazelle, and possibly more on eBay.

The iPhone 6 was the model that made iPhone "big" -- literally. Announced Sept. 9, 2014, the iPhone 6 and iPhone 6 Plus pushed the boundaries of how big a cell phone could be. At 4.7 inches and 5.5 inches respectively, the iPhone 6 and 6 Plus added more features, including Apple Pay.

The iPhone 6 cost $199 for 16GB and the iPhone 6 Plus cost $299 when launched worldwide and purchased with a two-year contract. If you wanted the extra space, the then-new 128GB models pushed the price tag up to $399 and $499 for the iPhone 6 and iPhone 6 Plus respectively.

This article, iPhone SE Featured at Apple Keynote: How Much Your Apple Addiction Costs You, originally appeared on GOBankingRates.com.