If you clicked on this link, you must be pregnant, love really bad TV, love mocking really bad TV, or all of the above, and regardless of which category you fall into, you are my people. I realize that some of you may be former readers of my Project Runway recaps who are probably wondering why I am lowering my standards to spend time trying to rehash the "plot" of Pregnant in Heels, Bravo's latest effort at commercializing the vapidity of a specific subset of wealthy New York women. And honestly, my answer is twofold: one, because I'm pregnant, and I'm just relieved to have something to watch in which the gestating subjects are old enough to vote and don't get "surprised" by their fetuses in the frozen food section of Walmart after not getting a period for nine months. Brides have Platinum Weddings, and I will have my Pregnant in Heels, dammit. Two, nothing really happens on this show, so I can recap it while watching old episodes of Modern Family, or thinking about Cheetos, or whatever else the baby commands me to do.

Anyway, if you're tuning in to find out what you missed on Pregnant in Heels (which premiered last Tuesday, making me a solid week late on this, FYI), I'll make it easy for you: the answer will always be NOTHING. In fact, you probably saved a few brain cells from dying a slow death. Luckily, I'm here to make sure those suckers shrivel up anyway.

So. The show is based around the business of Rosie Pope, a perky, camera-ready blond who looks kind of like a cross between Jane Pratt and Tamra from the Real Housewives of Orange County, who works as a "maternity guru and maternity concierge," and who speaks in an Australian accent that sounds as made up as her job (I'm sorry, but it does--it's like her tongue is stapled to the roof of her mouth. Right? Right? Has anyone else watched this?) 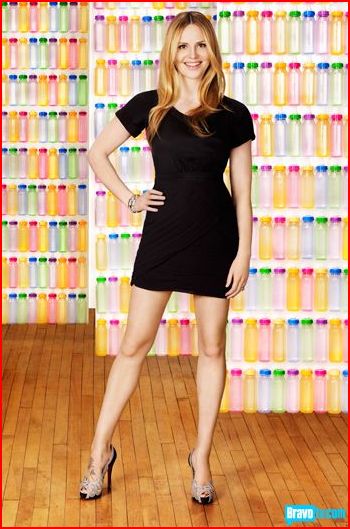 Rosie owns a storefront on the Upper East Side, and caters to what she calls "million dollar mamas." This translates roughly into women who will drop $2,000 on maternity jeggings but cannot comprehend diaper tabs. "Women are bitchy anyway," Rosie says. "So, take a rich, bitchy woman, and put a baby inside of them, and then you've got my client." Obviously I love this show already.

Rosie sells clothes and baby items at her eponymous store, Rosie Pope Maternity (I smell a field trip in my future!), but she also does private sessions with moms-to-be in which she gets paid to come to the client's home and perform whatever ridiculous task is asked of her. The preview scenes for the season promise a terrifying bride who keeps demanding scissors and a mature redhead who wants to take nude portraits on horseback, but don't get too excited--the first episode starts off slow.

Rosie's first clients are Sarah and Jon, who are four weeks out from the due date and who view their fetus as a "life force-sucking parasite." Their Tribeca loft is modern, clean, and uncluttered, and they don't want a baby ruining their Feng Shui with its ugly developmental toys and fecal-tinged accessories. Basically, they want Rosie to design a nursery that a young Karl Lagerfeld might enjoy, outfitted with a single black bouncy chair and an air of quiet superiority. (I get a very strong gay vibe from Jon, btw, which is neither here nor there, but since I'm already being judgy I thought I'd mention.)

Sarah and Jon haven't bothered to turn their guest room into the baby's room, and don't want their kid to feel like "the center of the universe." Which I think would be communicated if they made it sleep on the guest bed, no? But Rosie forces them to buy new things and even surprises them with a therapist on her next visit, since she's concerned that they're in denial about their impending bundle of joy. Sarah, understandably, initially looks like she wants to cut a bitch, but this is Rosie's show, so of course she's right and after an hour or two Sarah and Jon uncover their deep-seated fears and end up thanking Rosie for calling them cray-cray to their face. The guest bed is removed and replaced with Space Invaders decals and a ladybug-themed play pad. A few weeks later, Sarah and Jon have a son who they name Fox. I can't wait for their second baby, Hound.

Speaking of baby names, Rosie's next couple, Samantha and Mitch, hire her specifically to help them choose a name that will "brand" their baby (don't worry; not literally, like cattle), ideally as the future president of the United States. Samantha is described only as a "bestselling book author," and has the crazy eyes, giant Vaseline smile, and two-tone blowout helmet of a daytime news anchor. She also describes herself as a personal branding expert, so I'm not sure why she's paying some loopy Aussie thousands of dollars to help her figure out how to brand her kid. But trying to make sense of this show is a sisyphean task, like trying to tie a knot in a cherry stem with your tongue after six Midori Sours, so I'll let it be.

The first thing Rosie does is set up a "think tank" of "experts," which I put in "quotations" because I'm pretty sure they are all "bullshit." I mean, one of her experts is her assistant, whose name is LT. Just give him a B and the man is a delicious sandwich, but would you trust him to name your baby? 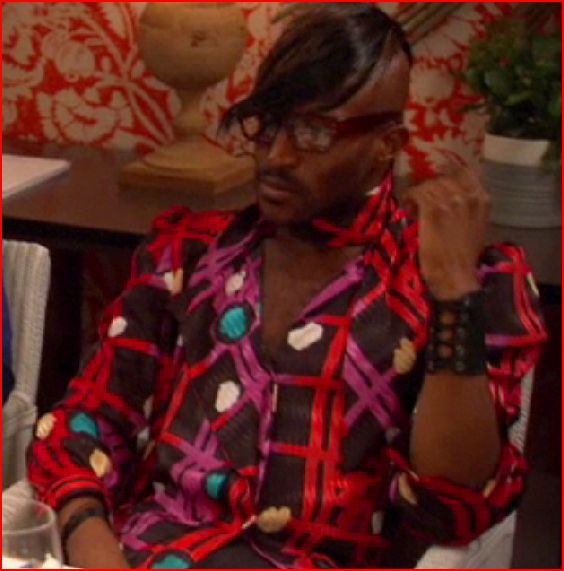 Or, for that matter, pick out a shirt?

Samantha and Mitch's rules: Easy to spell, no decorative names (i.e. common nouns), no J, E, or R, and can't end in S. Here is what the "brain trust" comes up with:

If you can follow basic instructions, you may notice that only one of these names, Wynn (like the casino!) meets the criteria, but somehow Samantha and Mitch are very happy with the results, and add their two of their own rule-breaking names--Bowen and Bode (pronounced "Bo-dee")--to the mix. This does not, er, bode well.

The next step is a focus group of strangers, which Samantha and Mitch watch through a two-way mirror. The focus group likes Asher and Miles, but openly mocks Bode and dislikes Bowen. Samantha's perma-smile begins to look more and more like a grimace. And just weeks later, despite forking over a wad of cash for this expert treatment, Samantha and Mitch name their son Bowen Asher Jacobs. They just went with the name they liked anyway, even though all of the branding "experts" called it weak. But, to their credit, they did not name the kid Bowen Darrow, which is a real person who grew up down the street from my cousins.

Now, there's a family who could have used a maternity concierge.

Next week: More inanity! More nine-month bellies perches atop Louboutins! More eye rolls! Also, I guess I should mention that Rosie is undergoing IVF to try for a second child, so expect a pregnancy reveal in the season finale. Bravo, Bravo--you've lowered the bar for television yet again.