NEW YORK, Feb 10 (Reuters) - Despite economic woes, wars, conflicts and natural disasters the world is a happier place today than it was four years ago and Indonesians, Indians and Mexicans seem to be the most contented people on the planet.

More than three-quarters of people around the globe who were questioned in an international poll said they were happy with their lives and nearly a quarter described themselves as very happy.

"The world is a happier place today and we can actually measure it because we have been tracking it," said John Wright, senior vice president of Ipsos Global, which has surveyed the happiness of more than 18,000 people in 24 countries since 2007.

But he added that expectations of why people are happy should be carefully weighed.

"It is not just about the economy and their well being. It is about a whole series of other factors that make them who they are today."

Brazil and Turkey rounded out the top five happiest nations, while Hungary, South Korea, Russia, Spain and Italy had the fewest number of happy people.

Perhaps proving that money can't buy happiness, residents of some of the world biggest economic powers, including the United States, Canada and Britain, fell in the middle of the happiness scale.

"There is a pattern that suggests that there are many other factors beyond the economy that make people happy, so it does provide one element but it is not the whole story," said Wright.

"Sometimes the greatest happiness is a cooked meal or a roof over your head," he explained. "Relationships remain the No. 1 reason around the world where people say they have invested happiness and maybe in those cultures family has a much greater degree of impact."

Regionally Latin America had the highest number of happy people, followed by North America, Asia-Pacific and the Middle East and Africa. Only 15 percent of Europeans said they were very happy.

On a more personal note married couples tended to be happier than singles but men seemed to be as content as women. Education and age also had an impact with more people under 35 saying they are very happy than 25-49 year olds. Higher education also equated with higher happiness. (Reporting by Patricia Reaney,; editing by Jill Serjeant) 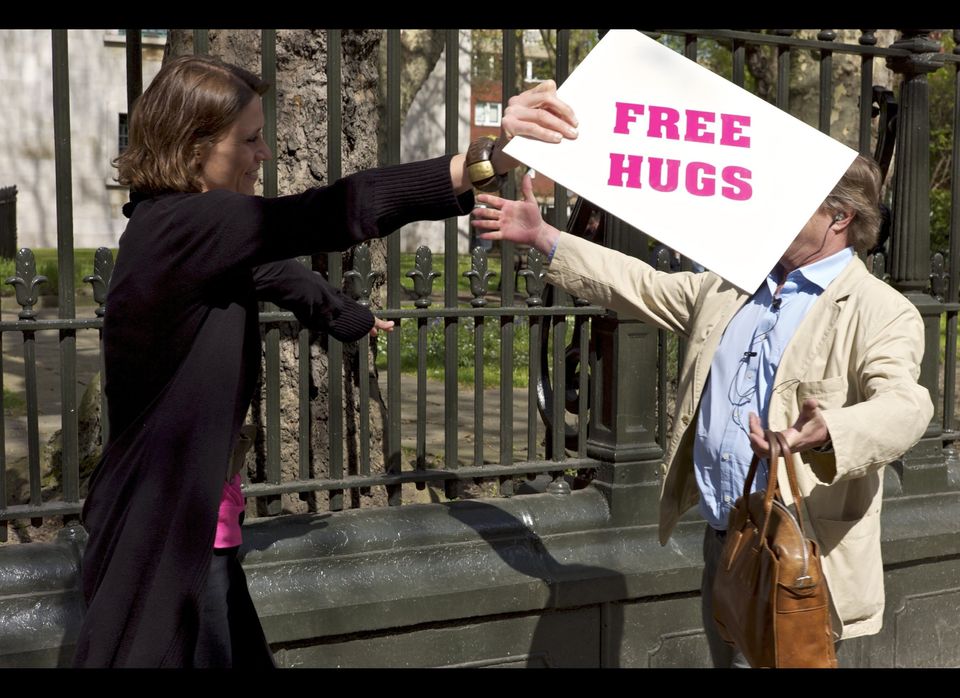 1 / 10
10. Great Britain
The launch of "Action For Happiness" in London, Tuesday, April 12, 2011. Free hugs are given away to passers-by Maren Grotemeier, from the Guerilla Hugs team. (AP)
AP