WASHINGTON -- If the U.S., five other world powers and Iran can finalize a deal this week to restrict the Islamic Republic's nuclear capabilities, America will be well on its way toward a warmer relationship with Iran.

Yet thousands of miles away from the ritzy site of the talks, the 170-year-old Palais Coburg hotel in Vienna, are four reasons why a broad U.S.-Iranian rapprochement -- an unprecedented step, and a nightmare for Israel and American allies in the Sunni Arab world -- remains unlikely for the foreseeable future.

Four American citizens are presently in captivity in Iran. Three who have dual Iranian and American nationality and are therefore considered by Tehran to be under its jurisdiction are known to be in Iranian prisons. The fourth has been missing for eight years and is thought to be held because of ties to the U.S. intelligence community. The Americans' families have spent months advocating for their release, and the Obama administration says it is raising their cases consistently when it meets with Iranian nuclear negotiators, but there have been no signs yet during this final leg of the negotiations that they are any closer to coming home.

For lawmakers, particularly vocal members like Rep. Dan Kildee (D-Mich.) who represent the families, Iran has already taken too long to resolve the issue -- and the time is ripe now, as Americans and Iranians are having rare face-to-face meetings, to put it to rest.

"Iran should release all detained United States citizens immediately and provide any information it possesses regarding any United States citizens that have disappeared within its borders," reads a bipartisan House resolution sponsored by Kildee and passed unanimously by 391 members of the House on June 15. That vote came days after a House Foreign Affairs Committee hearing featuring family members of all four detainees.

Kildee told The Huffington Post in an interview earlier in June that he believes Iran cannot be respected as a legitimate member of the international community until it releases the Americans -- even if it does reach an agreement on its nuclear program.

The connection between the nuclear talks and the captives' future is frustratingly complex. On one hand, it would appear to make sense for the Americans to be mentioned at the table and for the U.S. negotiating team to pressure their Iranian counterparts to secure their release. But, as Kildee warned in his HuffPost interview, that risks creating a perception that the U.S. is willing to grant Iran concessions on its nuclear capabilities in exchange for winning back its citizens. Not only would such a bargain pose a greater long-term risk for international security than a more restrained Iranian nuclear program, it would set a precedent that's unlikely to benefit the U.S. in future dealings with other rogue states.

"No American ... would want his freedom to be exchanged for increased nuclear capabilities in the hands of the Iranian government," Kildee told HuffPost.

That leaves the Americans' fate unclear, regardless of the negotiations' outcome. What does seem certain is that their advocates -- most notably family members who simply want to see their loved ones again -- do not want their cases to be forgotten, particularly if a nuclear deal is reached and positive U.S.-Iran coverage becomes de rigeur.

Here's a rundown of who exactly these captives are and how they became trapped in Iran: 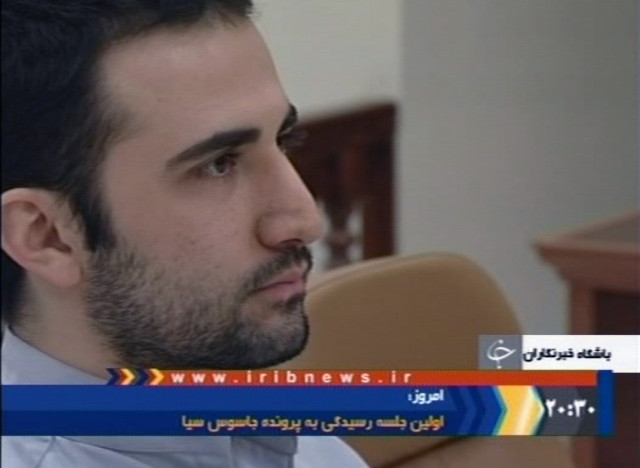 Amir Hekmati, 31, has been officially held the longest. A former Marine of Iranian-American descent, he was arrested while on a visit to family in August 2011. Iranian authorities accused him of being a spy -- a charge that would carry the death sentence -- but later dropped that allegation, instead handing him a 10-year sentence for aiding a foreign government.

Ramy Kurdi, the husband of Hekmati's sister Sarah, told HuffPost in June that his family was concerned with securing Amir's freedom, not the complexities of U.S.-Iranian relations or power politics.

"We're not a political family," Kurdi said. "Our message to Iran is we respectfully request his release -- and unconditionally, based on human rights, there's multiple outlets within their legal system to release him and we ask them to do that."

Hekmati's family is now allowed to communicate with him in brief, closely monitored phone calls. Kurdi, his brother-in-law, said his conditions had improved, but that given the length of his time in jail, he now appeared to be losing heart. 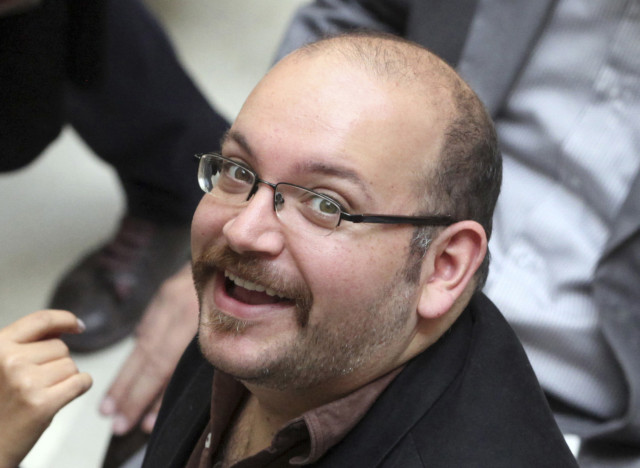 Jason Rezaian is The Washington Post's Tehran bureau chief. He was detained in July 2014 along with his wife and two photojournalists; the other three were eventually released. He now faces a slew of charges, such as espionage and propaganda against Iran, which together could lead to a sentence of 10-20 years in Iranian prison.

"He is being accused of being a master spy when all he was doing was reporting on a country that he loves. So it is very hard for him. Very, very hard for him," Mary Rezaian, his mother, said in June following his second court hearing.

The Guardian reported in March that Rezaian has become a pawn in a tussle between competing power centers within Iran.

His advocates say the explanation for why he was in the country makes more sense than the Iranian accusations. "It's hard to believe that there could be anything legitimate that they could charge him with," his brother, Ali, told HuffPost Live last year. 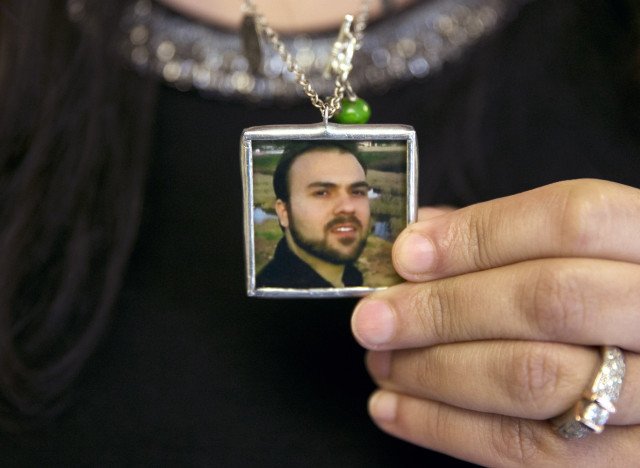 A pastor who grew up in Iran, Saeed Abedini has been detained since September 2012. The 35-year-old was convicted for trying to undermine state security -- a charge his advocates see as linked to his efforts to bring together Christians in Iran -- and currently is serving an eight-year sentence.

Christian media and advocacy groups have played a major role in advocating for Abedini's release and documenting what they describe as his abuse in prison.

The pastor's wife, Naghmeh, discussed his case with President Barack Obama in January. She joined HuffPost Live in June to talk about his condition ahead of the deadline for the nuclear talks.

"Iran is breaking its own laws and international law by doing this," she said, citing Iranian prosecutors' focus on Abedini's legally protected gatherings with other Iranian Christians. "He was taken hostage." 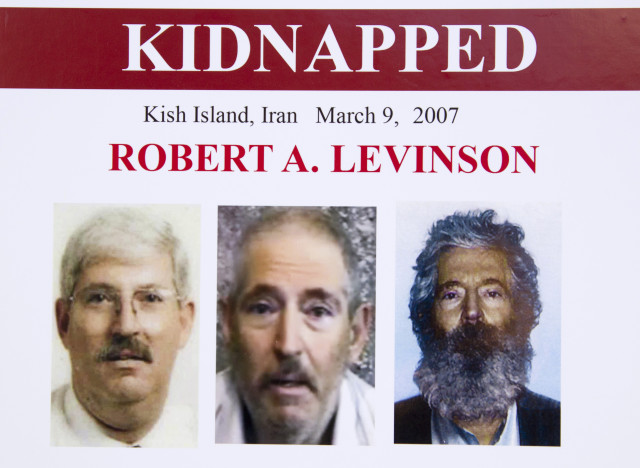 Robert Levinson's case is the most perplexing of the four. The former FBI agent, now 67, went missing in 2007. His captors remain unknown.

The FBI is offering up to $5 million for any information that might aid in Levinson's return -- a sum that was increased this March from an earlier $1 million.

His son noted the extreme nature of Levinson's case in his testimony to Congress in June.

"My father is the longest-held hostage in American history. No U.S. citizen has been held overseas longer than he has, ever. Our family’s hearts break for the other families here, who have suffered the wrenching agony of having their loved ones away from them for so long all of these years. Yet my father has been held four and a half years longer than any of the others. No family should ever have to go through what we all are going through," Dan Levinson said.

A key complication is that the Iranians' suspicions of Levinson -- unlike their allegations about the other Americans -- were eventually proven correct: He truly was on a U.S. intelligence-gathering mission at the time of his arrest. The Associated Press and The Washington Post reported in 2013 that the former FBI operative went to Iran at a time when he was talking to the CIA about renewing his multiyear contract with the agency. The agency found that analysts who lacked the authority to approve foreign operations had given Levinson the green light to go to Iran, leading him to believe he was there in a CIA capacity. The CIA eventually held itself responsible for Levinson's situation in Iran and paid his wife $2.5 million, according to the Post.

"My father had a long career serving the United States," Levinson's son told the House Foreign Affairs Committee. "He was still a contractor for the government at the time of his capture, and therefore the U.S. has a moral obligation to help bring him home."