The implementation of the Iran nuclear deal was a landmark achievement. Iran has at last received long-awaited sanctions relief after fulfilling its obligations under the agreement, verified last week by a report released by the International Atomic Energy Agency. It remains unclear, however, if the way has now been cleared for greater economic development and an enhancement of Iran's foreign relations, which have been goals of the centrist administration of President Hassan Rouhani.

Iran's Supreme Leader Ayatollah Ali Khamenei and Rouhani both scored major domestic victories with the implementation of the nuclear deal. Iran is set to rejoin the global economy. Its much-ailed economy will be boosted as Iranian banks reconnect with the SWIFT international financial transactions system, unfrozen foreign exchange assets get put to use, foreign trade, finance and investment increase and oil exports shoot up. Politically, too, Rouhani can take credit for improving Iran's relations with the outside world, with Britain having already reopened its embassy in Tehran and Canada poised to do so soon. Rouhani himself is heading to France and Italy next week.

However, the nuclear crisis cost Iran immensely. Even Ayatollah Khamenei, in a recent letter thanking President Rouhani and Iran's nuclear negotiators for getting sanctions removed, emphasized that a "heavy price was paid." Indeed, getting to a deal cost Iran both treasure and blood. Numerous Iranian scientists were brutally assassinated on the streets of Tehran and sabotage in the form of cyberwarfare and mysterious explosions beleaguered Iran's nuclear facilities on an unprecedented scale.

On the economic front, the deteriorating conditions in Iran due partly to sanctions had spurred since 2009 a sharp rise in the number of Iranians leaving the country. "Every year, about 150,000 highly talented people emigrate from Iran, equaling an annual loss of $150 billion to the economy," Iran's Minister of Science, Research and Technology Reza Faraji Dana proclaimed. According to the World Bank, since 2009, the "brain drain" has cost Iran $50 billion annually, or a total of $300 billion in the last six years. All in all, six U.N. resolutions were passed during the Ahmadinejad era that together imposed one of the most stringent sanctions regimes in history on Iran. According to an informed source's estimate published in Iranian media, the direct cost of nuclear-related sanctions during Ahmadinejad's presidency was $150 million a day, equal to $54 billion annually.

The successful implementation of the nuclear agreement not only helps cure Iran of this economic malaise but has also led to the U.S. and Iran breaking new ground in their level of cooperation. The swap of prisoners on the eve of implementation day marked the first serious and successful negotiations between both the security and diplomatic establishments of each country. The speedy release of 10 U.S. sailors last week who had drifted into Iranian waters was also, according to Secretary of State John Kerry, due to the "critical role [of] diplomacy." In other words, it would not have been possible without the channels of direct communication created by the nuclear negotiations. 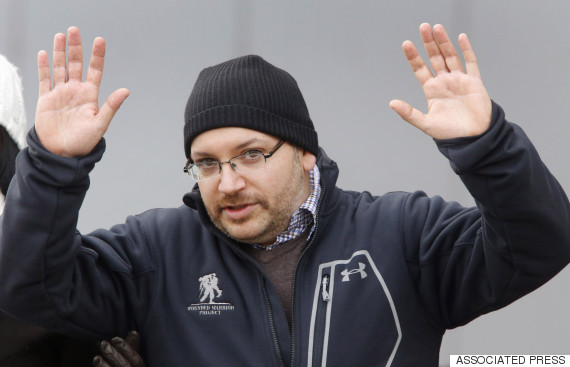 Furthermore, the past few days have also seen Iran and the United States settle a decades-old legal battle over money owed to Iran for pre-revolution military purchases. Iran will get back $400 million it had allocated in a trust fund for such purchases plus $1.3 billion for the interest accrued on the fund; closing the chapter on a long-running dispute between the two countries.

The news of this past week is a testament to the potential for U.S.-Iran relations to continue to develop in a positive direction. Unfortunately, there are still many obstacles in the path towards a better relationship, and the risk of hostilities increasing remains as real as ever. Right after the nuclear deal was implemented, the U.S. imposed new sanctions on Iranian companies and individuals over a recent ballistic missile test. Greg Abbott, the governor of Texas, announced that his state will continue to prohibit investment in Iran despite the U.S. lifting of some sanctions and explained that Texas law states that Texas' sanctions only expire if the U.S. revokes all of its sanctions against Iran.

The 2016 U.S. presidential race has seen every Republican presidential candidate and even the Democratic frontrunner Hillary Clinton promise to be "tougher" on Iran than President Obama (with the Republicans promising to rescind the nuclear deal). Moreover, the U.S. Congress is also relentlessly pursuing additional sanctions against Iran in an attempt to scuttle the nuclear agreement.

The wall of mistrust between Washington and Tehran remains thick.

That's why Ayatollah Khamenei recently called such endeavors by American politicians a source of concern and suspicion: "The other side is a deceiver, do not trust its smile and mask ... [Iranian] officials should make sure that the Americans do fulfill their commitments in the JCPOA implementation; otherwise, they surely should retaliate."

Despite the recent achievements on Iran-U.S. relations, which have been unprecedented since the 1979 Islamic Revolution, the wall of mistrust between Washington and Tehran remains thick and the future of U.S.-Iran engagement is still very much up in the air, making it of critical importance for the pragmatists on each side to ensure they stick to fully implementing the nuclear deal.

Ambassador Seyed Hossein Mousavian is a scholar at Princeton University and a former Iranian diplomat. His latest book, "Iran and the United States: An Insider's View on the Failed Past and the Road to Peace" was released in May 2014.

Despite Iran Deal, U.S.-Iran Relations Still Very Much Up in the Air
Historic Iran Deal