Unlike what many may think, elections in an illiberal country like Iran are not only a political show. Their outcome serves as a test of strength among Iran's competing power centers. Over the weekend, the Iranian people went massively to the polls to elect members of the Islamic Consultative Assembly, the parliament, and the 88 members of the Assembly of Experts, which is in charge of selecting the next supreme leader to replace Ayatollah Ali Khamenei. This was the first time that the two political bodies were elected simultaneously.

The results of the elections -- the first since the start of President Hassan Rouhani's tenure in 2013 and the landmark nuclear agreement with the U.S. and five other world powers in July 2015 that lifted sanctions against Iran -- overwhelmingly favored moderates and reformists while marginalizing hard-liners. The large turnout in the elections -- about 34 million out of the nearly 55 million eligible voted on Feb. 26, according to Interior Minister Abdolreza Rahmani Fazli -- is very meaningful. Without a doubt, the results amounted to a popular endorsement of Rouhani's policy of "constructive and dignified engagement with the world."

The real effects of the February elections in Iran will be felt in the next few years, when the battle for the next supreme leader starts.

Very much aware of the hawkish resistance that had lay before him, Rouhani chose a viable path through the art of principled compromise through allying with the pragmatic centrist forces against the power base of the hard-liners in the Iranian parliament and in the Assembly of Experts.

What emerged in the run-up to the elections was an alignment between three key figures of the Iranian Revolution, notably Hassan Rouhani, Akbar Hashemi Rafsanjani and Hassan Khomeini, Ayatollah Khomeini's grandson, who, by targeting the Assembly of Experts, tried to push back ultra-conservative figures like Ahmad Jannati and Mohammad Taqi Mesbah Yazdi, and win a victory against all those who have been empowered since the election of former President Mahmoud Ahmadinejad in 2005. The most surprising result of this successful strategy was the defeat in Tehran of Ayatollah Mohammad Taqi Mesbah Yazdi, a representative of the hard-liners in the Assembly of Experts.

Although the Guardian Council, the influential oversight body that examines all laws passed by parliament and vets candidates, disqualified a high number of applicants -- out of a total of 12,123 aspiring candidates registered to run in these elections, only 4,720 were qualified to participate, according to Tasnim News Agency -- the reformist candidates came first on the Tehran list for the parliamentary elections. Given the extent of these disqualifications, the sweeping win in the two elections came as quite a surprise. This is good news indeed.

What happened in the Iranian elections over the weekend is even more significant than Hassan Rouhani's victory in the presidential elections of 2013.

With the unexpected win of the reformists in the Iranian parliament, Rouhani's government finds itself with a legislative body that will be run by a majority of moderates and semi-conservatives rather than only ultra-conservatives. And despite the disqualification of Hassan Khomeini, Rouhani and Rafsanjani's surprise victory at the top of the list in the race for membership of the influential Assembly of Experts will certainly steer the assembly toward a new strategy in choosing the next supreme leader. No doubt, this outcome of the Assembly of Experts election will have a big impact on Iranian domestic and foreign policies. The essential contest is between those like Rafsanjani who advocate for a permanent leadership council to replace the role of the supreme leader and those among the hard-liners who are for the selection of a new supreme leader by the assembly. In view of the importance of the role that the supreme leader plays in Iranian politics, that decision which will be made by the Assembly of Experts in the coming years would be a turning point of the Iranian Revolution with enormous ramifications.

One doesn't have to be clairvoyant to discern the shape of the future of Iranian politics. We all know that the Iranian elections will change nothing immediately, but we also know that these elections are the closest that the Iranian public can come to shaping the country's future. The real effects of the February elections in Iran, then, will be felt in the next few years, when the battle for the next supreme leader starts. What happened in the Iranian elections over the weekend is thus even more significant than Hassan Rouhani's victory in the presidential elections of 2013.

Why the Iranian Elections Are a Turning Point
Iranian elections Friday, February 26 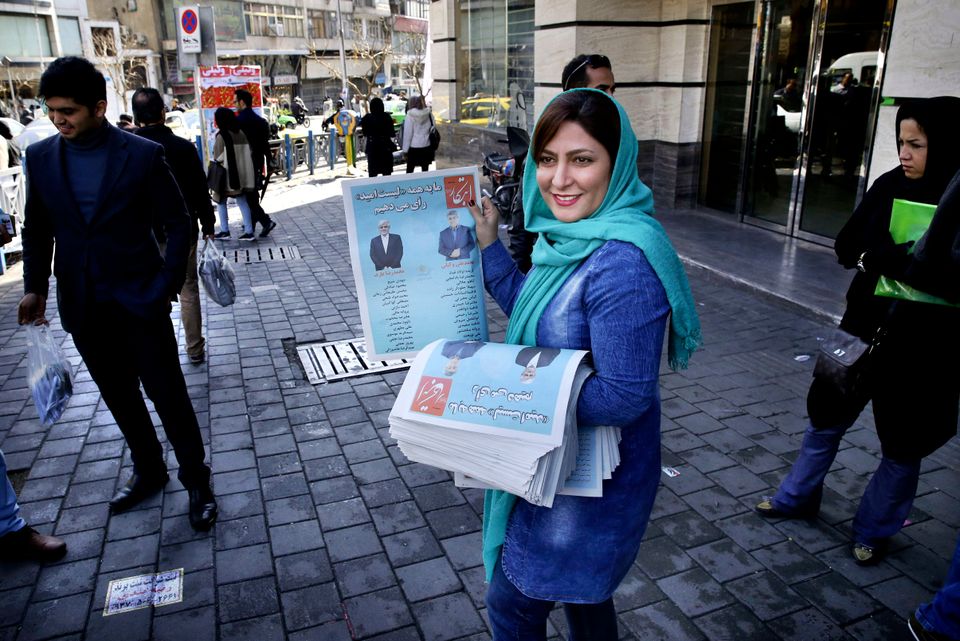