An Iranian news agency altered a photograph of Michelle Obama presenting an award at the Oscars Sunday night to fit the country's guidelines for showing images of women in the media.

Michelle Obama surprised everyone when she appeared live from the White House to present the Best Picture award at the Oscars. She wore a thin-strapped metallic dress with a low neckline and presented "Argo" with the coveted award.

Iran's Fars News published a story about the Oscars on its website with a photograph of Obama presenting the award but photoshopped her dress to appear more modest. Sleeves were added to cover her shoulders and the neckline was raised to completely cover her chest. Take a look in the photos below. 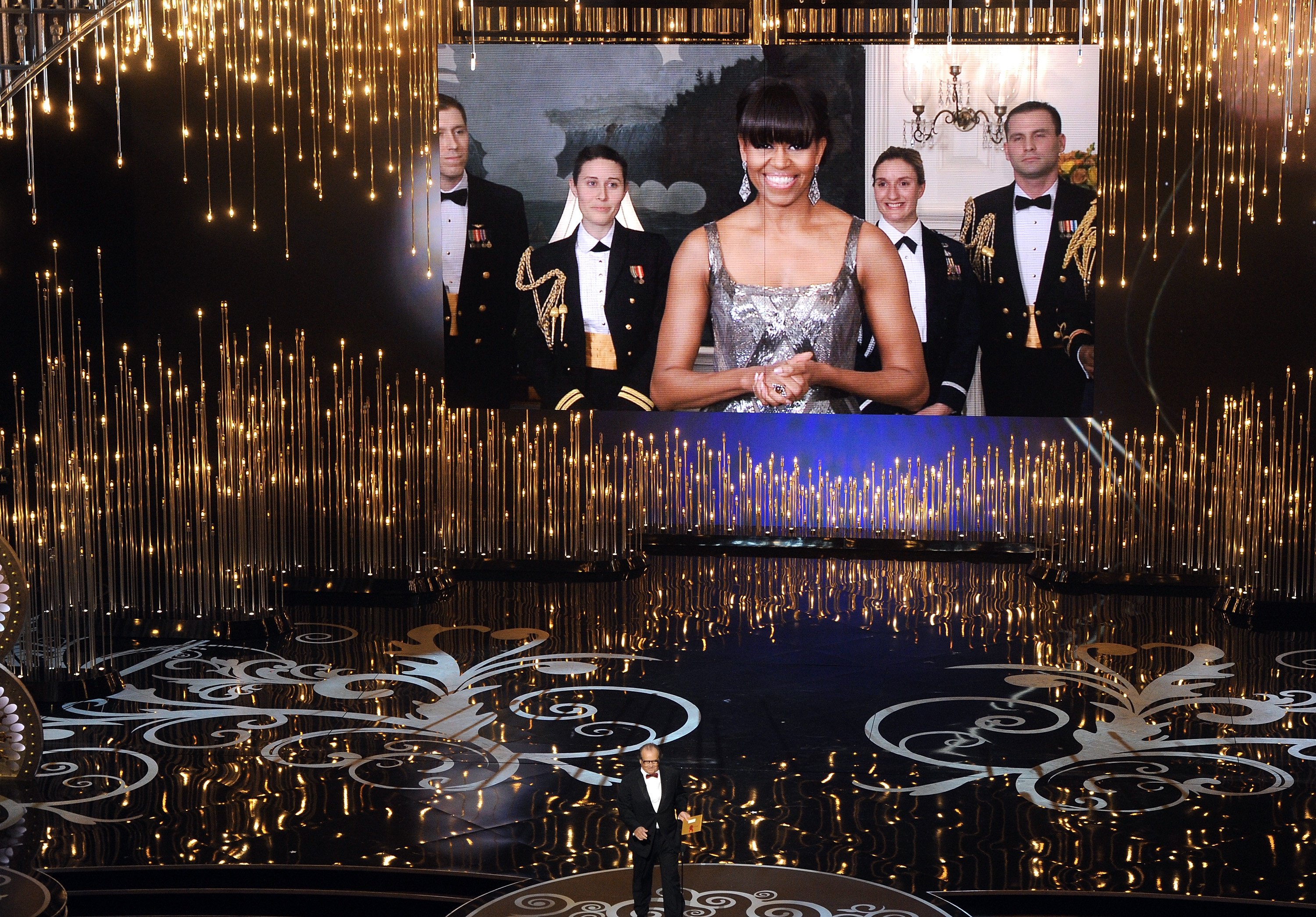 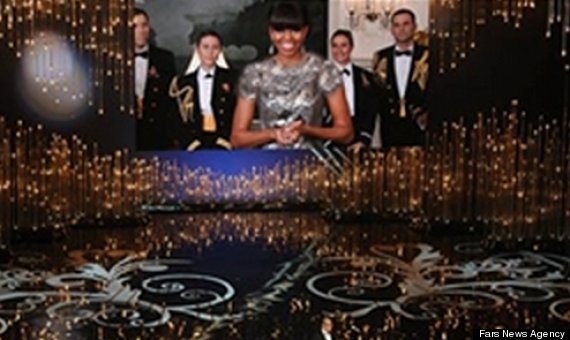 This is not the first time publications have altered images of U.S. leaders. A Brooklyn-based Hasidic newspaper removed Sec. of State Hillary Clinton and another woman from the iconic photograph of leaders watching the raid that killed Osama bin Laden from the Situation Room. The paper eventually apologized for the editing job, but said the decision was for religious purposes and cited the "laws of modesty" that govern the publication.

An Egyptian state newspaper also came under fire when it altered a photograph of Middle Eastern leaders, including then-President Hosni Mubarak, meeting with President Obama. The newspaper moved Mubarak from his position walking behind Obama and the other leaders to appearing in front of everyone.