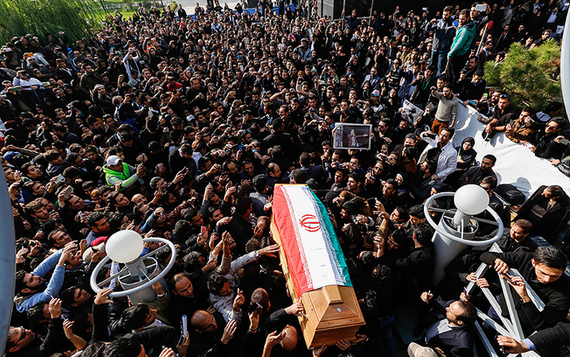 For the first time in nearly three decades since the 1979 Islamic Revolution, the Iranian people and the government were in unison to mourn a pop singer's death -- a 30-year-old singer and songwriter who died after a year-long battle with stomach cancer last week.

According to participants and the Iranian media that covered the events, thousands of people took the streets of Tehran and other major metropolitans including religious cities like Mashhad to mourn the death of Morteza Pashaei -- the pop singer whose romantic, emotional and mostly melancholy melodies touched millions of hearts inside the country of almost 70 million, but also other Iranians around the world.

Since 2009 and the aftermath of the much-disputed presidential election where hundreds of thousands of Iranians came together to march, cry, and stand in unity for what came to be known as the "green revolution" -- last week's unexpected public gatherings were not stifled by government forces and to much surprise, were in fact supported by some Iranian officials including the Minister of Culture and Islamic Guidance who released a message of condolence after Pashaei's death.

"It was an incredible scene, I've never seen such coverage for a young pop singer in Iran; it was as if you're watching a western news coverage after a celebrity's death," said Hoorieh Rahimi, a middle-aged mom of three who lives in the United States and spends winters in her hometown of Tehran.

Surprised by what she saw on the national broadcasting channel that's monitored and controlled by the Iranian government and the Ministry of Culture and Islamic Guidance, Rahimi added that "the news would go back and forth between shots of Pashaei singing in his concerts and then show live shots the thousands of people escorting his coffin to the grave-site also known as Behesht-e Zahra."

In Iran -- a young nation, where the majority of its population is under the age of 40 -- the government only allows and propagates such public grievings to mourn the death of a cleric or to commemorate a religious figure's martyrdom or death.

The latest of such religiously-charged events was in October when a senior cleric, Ayatollah Mohammad-Reza Mahdavi Kani, died and the government encouraged public mourning; however the efforts were not successful and not embraced by the Iranian people. In what many Iranians regarded as unprecedented public turnout, the gatherings originated in front of the hospital where Pashaei passed, and continued to increase throughout the day -- to a point where his burial service was postponed due to the large influx of people who came out to say goodbye to this young artist. "It was fascinating, because people who didn't even know him came out to show their support; you could see mothers, fathers, all sharing the pain together -- as though it was their own child, their own brother," said Rahimi, who got to observe the crowd first hand on Friday.

Over the past three decades since the Islamic revolution overthrew the Pahlavi monarchy, the Iranian government has banned pop music and generally considers it deviant from the regulations of the Islamic Republic. While such censorships and restrictions have gotten less radical since the beginning years of the revolution, many artists were forced leave Iran and produce their music outside their country; and to this day many of them cannot return back home.

Ebi, who is also regarded as the Iranian "King of voice", is one of the most popular and beloved of these exiled singers who left Iran over 30 years ago; he says that there are multiple tragedies in losing this young artist.

"The young generation of artists in Iran are victims of the Islamic regime's continuous absurdities and confinements; but despite all the hurdles they manage to rise above the challenges and thrive." Ebi calls the youth in Iran survivors and says that Pashaei was an example of such endurance. "He surpassed all the hoops and challenges, and became a pop singer under stifling limitations; but was later a victim of another disaster -- a cancer epidemic that in part is due to other mismanagements by the regime."

Ebi added that the current policies of the Iranian government is failing to address life-threatening matters such as environmental issues, heavy pollution and other health-related concerns that are not properly addressed by lawmakers. He also added that as a result of the Islamic regime's stubborn policies, international sanctions against Iran remain intact -- sanctions, that op top of economic challenges make the import and sales of medicine extremely difficult for those Iranians in need.

"All of these government shortcomings are breaking the Iranian society including its youth, who amidst the hardest of circumstances still manage to shine, but then fall deep into other tragedies -- I hope Pashae's death also sheds light on these issues in our country," Ebi said.

Babak Amini is another musician who experienced the challenges of working within the Islamic regime's confines; he made history over a decade ago after releasing the first post-Islamic Revolution solo guitar album. Amini who left Iran soon after, continues his musical work in Canada and the US and says that "artists are the only point of hope for people inside Iran--and the Iranians take every opportunity to show their love for what the government once stood in opposition to in order to show their resentment toward the regime."

"It was the first time someone so young died so publicly from cancer." said the host of an Iranian radio show who asked to remain anonymous. He was a friend of Pashaei's who said that "our society is a sad, mournful society, in which people are sad for themselves due to all the existing hurdles -- and Pashaei's death was a moment for these people -- for my generation -- to release all that sorrow in unity."

Thousands of miles away in Toronto -- another Pashaei fan--a young Iranian student named Hedieh Raeisi who lives back and forth between Tehran and Toronto said that the young people inside Iran are constantly looking for an "escape valve to come out, to come together and join hands; and feel as though they belong to something and Pashaei's death--a singer with such purity of heart and voice was a great excuse to create that somber moment for everyone to come together."

The outpouring of emotions in recent days and the spontaneous reaction of thousands and possibly millions of Iranians to Pashaei's death is what Afshin Davarpanah, an anthropologist in Tehran calls a "social phenomena"; a phenomena that symbolizes "the Iranian youth and the young generation's morbid and depressed insight--a young generation that's mourning for themselves for a voice that's silenced and a disease that's incurable."

Davarpanah, like many other observers in Tehran, acknowledged that Pashaei' music was not familiar to many who joined the public mourning; but according to him, "they came to join the likes of themselves and feel that they all belong to something; and Pashaei's death was a moment--an opening--that allowed that unity--that feeling that the youth in Iran are longing to experience and often times miss." Davarpanah added that they saw Pashaei as a "full-length mirror to their own social conditions, with similar conditions and possible circumstances."

Yet, whether people label it as a phenomena, an escape valve, or a county's mourning for one of its talented youth, the events of this past week marked a poignant image of a melancholy yet passionate society whose government officials--perhaps for the first time--acknowledged their cry.

In a rare moment on social-media last week, the Islamic Republic's Minister of Culture and Guidance, Ali Jannati and the United State's State Department's Persian speaking spokes person Alan Eyre shared similar messages of mourning and condolence on their Facebook pages--an outlet often-times censored and blocked by the same Ministry inside Iran.

"I just hope Pashaei's death brings attention to the phenomena that's Iran's youth, their needs, the environmental issues, the struggles and the passion to love and be loved." said Ebi. 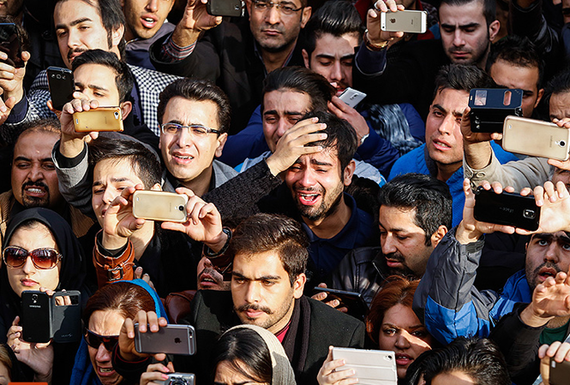