France has unfortunately been the epicenter for two terrorism-related events in recent weeks. The tragic truck attack in Nice, which received international attention, and a rally recently held in Paris by a notorious Iranian opposition group -- the "Mujahedin-e Khalq," or MEK, which for years has committed acts of terrorism against Iran. While it might not be immediately evident, there is a connection between the events -- the groups behind them have been accused of atrocities and have historical ties to Saudi Arabia.

Both the MEK and the self-proclaimed Islamic State, which claimed the attack in Nice, are groups with a history of terrorism, and both, in some way or another, are influenced by the kingdom. 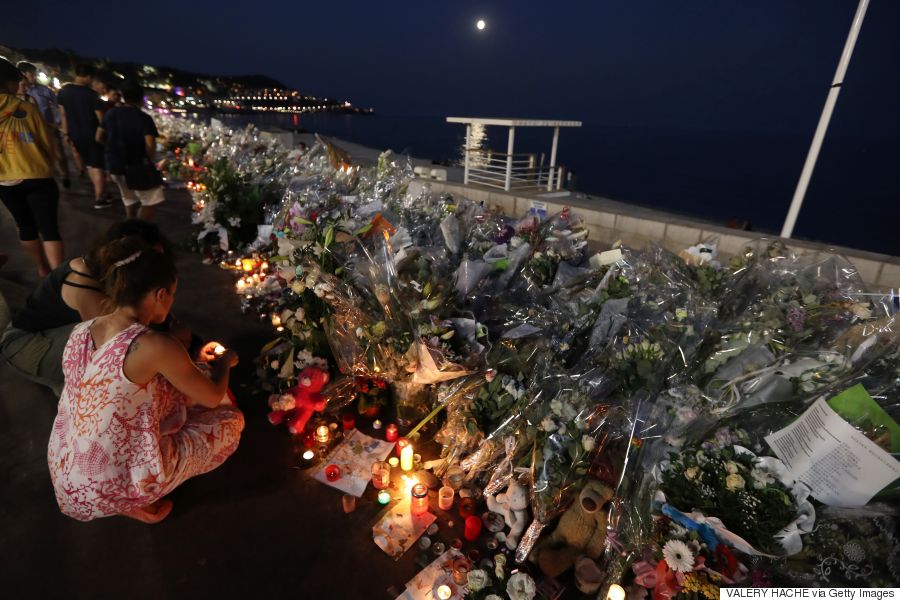 People light candles at a makeshift memorial on the Promenade des Anglais in Nice on July 19, 2016 in tribute to the victims of the Bastille Day attack. (VALERY HACHE/AFP/Getty Images)

While the group no longer has the distinction of a terrorist group in the United States and is not related to or as widely destructive as ISIS, in Iran the MEK is still very much a perpetrator of terror.

Since its founding in the late 1960s, the MEK's favored tactic has been terrorism, which for years it directed towards Americans. An MEK leader by the name of Massoud Rajavi stated in 1972 that the group's "main goal" was to "free Iran of U.S. imperialism." As I documented in my 2014 book, "Iran and the United States," the MEK's assassination campaigns in the 1970s claimed the lives of several high-profile Americans. Among the victims were one colonel and one lieutenant colonel of the U.S. Air Force, along with other servicemen.

The MEK's hands are tainted not only with American blood, but also with the blood of countless Iranians, Iraqis and Kurds. Since Iran's 1979 revolution, the MEK has been responsible for the deaths of upwards of 17,000 Iranians, including senior officials and ministers. During the Iran-Iraq War, the MEK also sided with Saddam Hussein, earning the enmity of the vast majority of Iranians. An Iranian NGO, the Habilian Association, has gone so far as to document all the Iranian victims of the MEK in a comprehensive database that includes photos and biographies of each of the victims.

In the '80s and '90s, the MEK was responsible for several terrorist campaigns within Iran, one of which killed some 70 Iranian officials in 1981, including both the president and prime minister at the time.

While the group no longer has the distinction of a terrorist group in the United States, in Iran the MEK is still very much a perpetrator of terror.

After the Iran-Iraq War, the MEK resided in Iraq and took on the role of Saddam's henchmen. An October 1994 Wall Street Journal report quoted a Clinton administration official as saying, "Saddam looked on the Mujahedeen as more loyal than some of his own army units." After the 1991 Persian Gulf War, Massoud Rajavi lambasted the U.N. coalition that pushed Saddam out of Kuwait, stating, "Iranian national movements and their masses strongly denounce the Iranian regime's alliance with U.S. imperialism, world Zionism, and regional reactionaries to launch aggression against Iraq."

In recent years, Iranian nuclear scientists have been assassinated -- in some cases murdered while driving to work. MEK is thought by many to be involved in these attacks, perhaps with the assistance of Israel. According to a 2012 NBC News report, Israel was "training MEK members" to carry out the killings. The group has also been held responsible for an April 2000 assassination attempt on the leader of the Iranian policy making center for the war in Iraq. 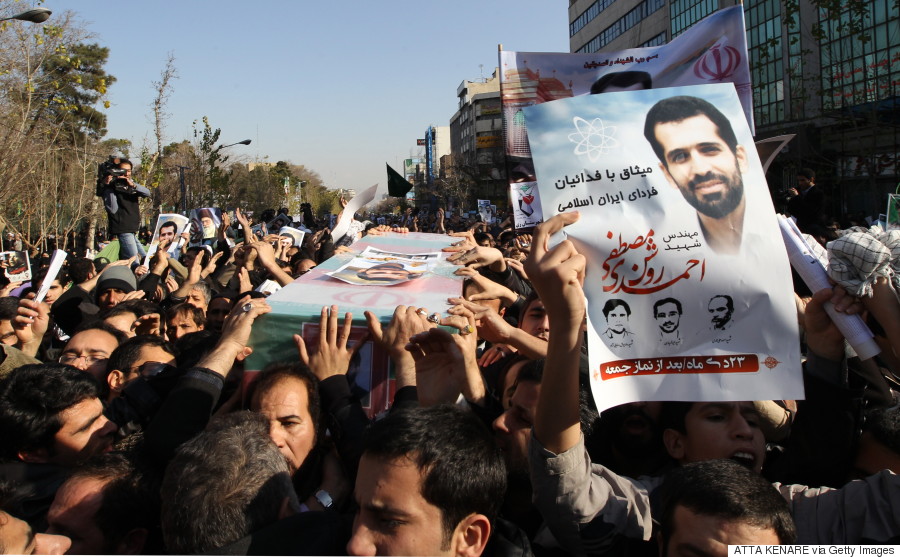 This year, the annual gathering of the MEK in Paris featured Prince Turki al-Faisal, the former director of Saudi intelligence, as a speaker. The conference typically draws the attendance of politicians of many nations, including the U.S., Egypt, and this year, Saudi Arabia. In his remarks, al-Faisal praised the pseudo-Islamist-Marxist group and emphatically supported its objective of toppling the Iranian government. Al-Faisal's comments, which come at a time when Saudi-Iranian relations are at an all-time low and have even been compared to a "Cold War" state, will have serious consequences for the Tehran-Riyadh relationship going forward.

During my trip to Iran a few weeks ago, I spoke with a senior official about the necessity of improving Iran-Saudi relations. He told me that Iran was willing to engage the Saudis but that Riyadh had devoted itself to a confrontational approach. This official informed me that Iran had detailed intelligence about Riyadh's financial support to the MEK, which he said had increased 800 percent in the past two years. He also noted that Saudi Arabia would cover the cost of this year's MEK conference in Paris and that Prince Turki would be present to publicly declare Saudi Arabia's support.

In the fight against terrorism, European and Saudi leaders should know better than to distinguish between 'good' and 'bad' terrorism, or tolerate any form of terrorism in the service of cheap geopolitical gains.

With Prince Turki's speech to the MEK, Saudi Arabia has elected to destroy any chance of de-escalating tensions between the two nations. In pursuing this approach, Saudi leaders should be cognizant that not only are they imperiling regional and global security, but they are also following in the footsteps of Saddam Hussein. Saudi Arabia has already separated itself from its traditional regional allies with its hyper-anti-Iranian posture, so much so that only Bahrain-- which is effectively under Saudi occupation -- is standing fully with it. Global powers, on the other hand, are pursuing ways to enhance ties with Iran. It is truly a shame that Prince Turki al-Faisal, a man of significant ability and experience, has committed himself to this doomed cause rather than searching for peace and friendship between Iran and Saudi Arabia.

Riyadh's now open alliance with the MEK only solidifies its position as the sponsor of yet another extremist group that espouses perverted views of Islam. The barbaric Nice terrorist attack-- later claimed by the self-proclaimed Islamic State -- and Prince Faisal's endorsement of the MEK have a common denominator: a connection to Saudi Arabia. 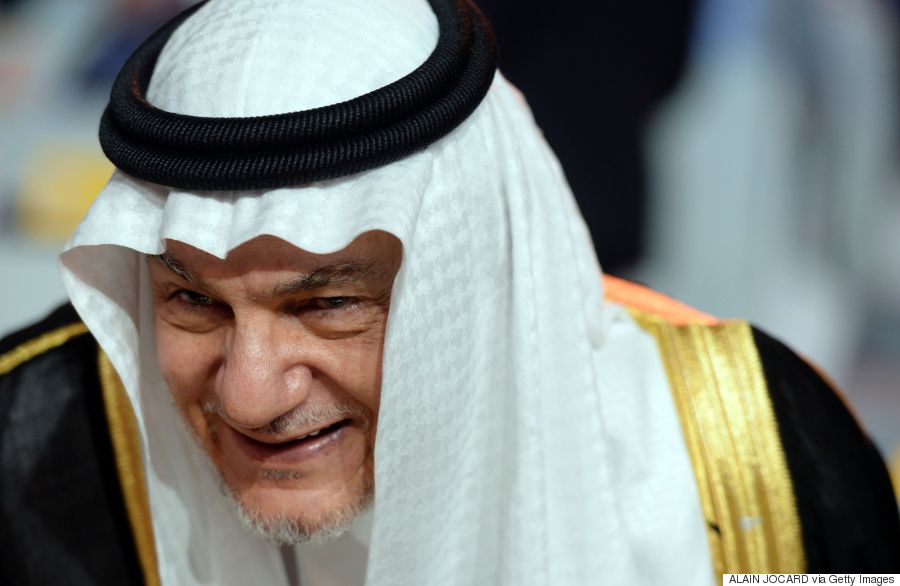 It has long been evident to the global community that Saudi Arabia is a benefactors of Islamist militant groups, including likely the group that evolved into ISIS. Many U.S. officials have publicly acknowledged this reality. Even former U.S. Secretary of State Hillary Clinton stated at the Brookings Institution last year that, "Much of the extremism in the world today is the direct result of policies and funding undertaken by the Saudi government and individuals." A recent British parliament report also stated that it is "very likely" that individuals close to the royals of the Arab monarchies of the Persian Gulf have donated money to ISIS, though it is unclear how directly those funds have been given. Historically, too, the ideology of the group has ties to Saudi Arabia's own identity via Wahhabism.

While ISIS wreaks havoc on the world with its global acts of terror, the MEK ravages Iran. In much the same way ISIS is a twisted offspring of the Sunni world that has ravaged, among others, Sunni-populated areas, the MEK is its counterpart for Iranians in the Shia world. Iranians thus expect the world community to confront the MEK just as it confronts ISIS. At the very least, the group should not be hosted by countries like France and endorsed by Saudi Arabia. In the fight against terrorism, European and Saudi leaders should know better than to distinguish between "good" and "bad" terrorism, or tolerate any form of terrorism in the service of cheap geopolitical gains.

The Nice truck slaughter -- indeed the slaughtering by ISIS in general -- and the MEK's killing of thousands of Iranians are both worthy of our attention and condemnation.

In light of the Nice terrorist attack, the international community should also view the threat from other groups such as the MEK as an interconnected phenomenon. The scourge of terrorism currently threatening the whole world can only be alleviated if it is addressed in a holistic way. The Nice truck slaughter -- indeed the slaughtering by ISIS in general -- and the MEK's killing of thousands of Iranians are both worthy of our attention and condemnation. The territory the perpetrators of such violence use to plan and launch attacks, as well as the flow of cash, equipment and ideology they draw their support and influence from should all be considered as pieces of the same terrorism "puzzle." The global terrorist threat simply cannot be solved until all these pieces are recognized as being a part of the same puzzle and dealt with in an effective and simultaneous manner. This means not only increasing security to prevent attacks, but also seriously confronting those who aid terrorism in any way -- from the MEK to ISIS.