World powers are trying to lock down a deal with Iran to restrict the country’s nuclear program in exchange for international sanctions relief. Negotiators from Iran and six major powers resumed nuclear talks in the Austrian capital of Vienna last week.

As the June 30 deadline for a final deal approaches, The WorldPost outlines the main players and issues at stake.

The negotiators are the representatives of Iran, and the so-called P5+1 -- the five permanent members of the United Nations Security Council (United States, Russia, China, Britain and France), as well as Germany. 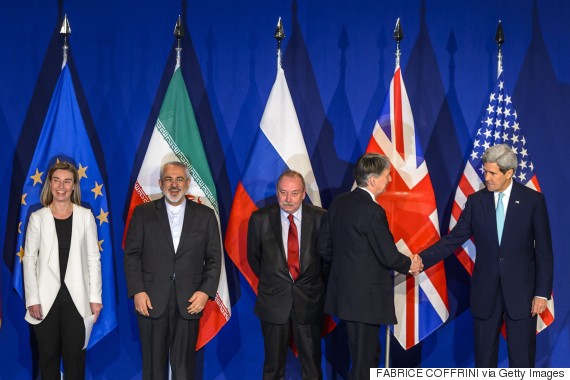 What do they want?

The P5+1 wants an agreement that will impose limits on Iran’s nuclear enrichment program and prevent the country from obtaining nuclear weapons.

Iran denies that it intends to build a nuclear bomb, and says it has a right to continue nuclear enrichment for peaceful purposes. But Tehran says it is willing to accept some curbs on the program if the world will lift crippling international sanctions imposed on the country over its nuclear program.

What has already been agreed?

On April 2, the negotiators announced that they had agreed on the parameters for a final nuclear deal. Under the framework agreement, Iran agreed to limit its enrichment capacity and nuclear stockpile for a certain period of time, and keep only one nuclear enrichment facility, according to a joint statement by the EU High Representative Federica Mogherini and Iranian Foreign Minister Javad Zarif. In return, the EU and U.S. agreed to remove nuclear-related sanctions once the International Atomic Energy Agency verifies that Iran has implemented key parts of the deal, according to the statement.

The U.S. government released a statement offering further details on the stipulations and sequencing of the framework accord, but Iran objected to its presentation of the agreement and accused Washington of engaging in political spin. 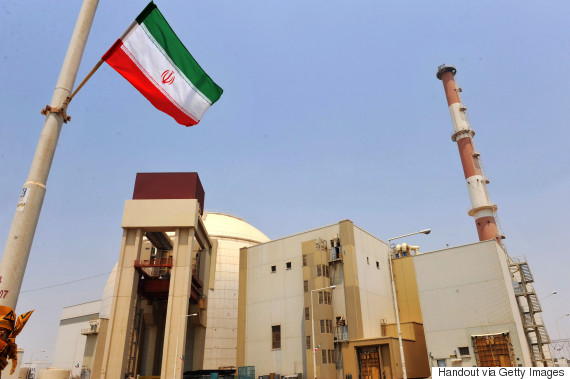 The reactor building at the Bushehr nuclear power plant on Aug. 21, 2010, in Bushehr, Iran. (IIPA via Getty Images)

What are the major remaining sticking points?

1. When sanctions will be lifted Iran wants international sanctions to be lifted immediately -- the same day the deal is implemented. Western negotiators, however, stress that IAEA verification may take some time, at least until the end of the year. While Iran is keen to prove it is getting immediate results from the deal, Iranian Foreign Minister Javad Zarif has acknowledged the verification process and lifting of sanctions may take at least a few weeks.

Iran also insists the sanctions be lifted permanently and their removal guaranteed by a U.N. Security Council resolution. The U.S. government, however, has vowed to ensure that sanctions can be rapidly reimposed if Iran violates the deal. Experts warn this promise of “snap back” sanctions may be difficult to achieve in practice, due to the complex architecture of international sanctions.

2. Which sanctions will be lifted Negotiators have only committed to lift sanctions related to Iran’s nuclear activities. The U.S. says other sanctions imposed on Iran -- over human rights abuses, support of terrorism, and the country’s ballistic missile program -- will remain in place.

The U.S., Israel and Gulf states are concerned that Iran will use the economic boost from sanctions relief to pour money into militant groups causing havoc across the region. Rights groups are worried that Iran’s poor human rights record and the detention of Americans, including Washington Post reporter Jason Rezaian, are being sidelined in the nuclear talks.

Yet different types of sanctions often work together to target the same institutions, so removing only nuclear-related sanctions may not have the substantial effect on the Iranian economy that Tehran wants, the Associated Press explains. The news agency reports that the U.S. government is considering rolling back some non-nuclear-related sanctions to help the process along, a move likely to spark some controversy.

France has said that nothing less than total access will be acceptable to international negotiators. Meanwhile, the chief U.N. nuclear inspector appeared to contradict the Supreme Leader's defiant remarks, saying this week that Iran had in fact already agreed to provide such access. 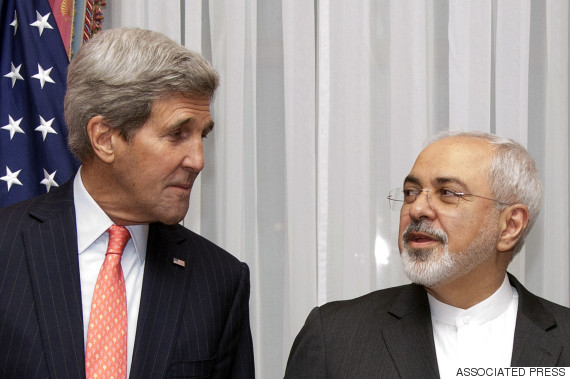 What’s the deadline to get all this ironed out?

The negotiators have set a self-imposed deadline of June 30 to reach a final agreement. Officially, the U.S. has ruled out an extension, but Iranian and French officials have indicated that the deadline may be extended. The negotiators missed their last deadline -- for the framework accord -- by a few days, after the sides reportedly held their ground until the very last minute.

What happens if they don’t reach a deal?

Diplomats warn that failure to reach a deal would accelerate Iran’s nuclear program and undo progress made to date limiting some enrichments, including in a 2013 interim deal. Were Iran to build a nuclear weapon -- which Tehran denies it has any intention of doing -- the worst-case scenario would be a nuclear arms race in the Middle East, with Iran’s adversaries like Saudi Arabia looking for their own nuclear deterrent. Meanwhile, Israel has warned it will take military action if necessary to prevent a nuclear-armed Iran.

Some U.S. and Israeli politicians argue the reverse case -- that Iran needs the sanctions relief badly enough that the failure of the talks, and more sanctions, would push Tehran to offer more concessions over its nuclear program, and ultimately lead to a better deal. Yet U.S. government officials have expressed concern that the international sanctions regime on Iran may crumble if the talks fail. If the U.S. is seen as blocking a reasonable deal, they argue, other world powers may tire of imposing perpetual sanctions with no diplomatic breakthrough on the horizon. 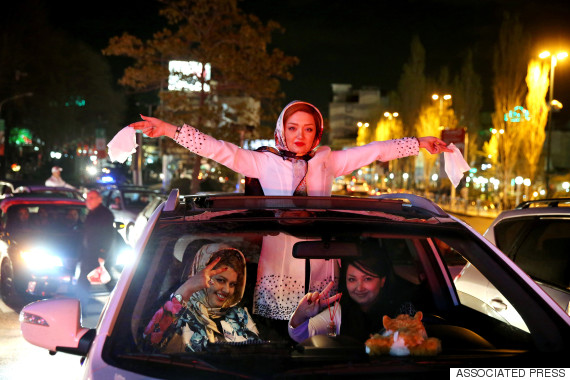 Iranians celebrate on a street in northern Tehran after the framework deal is announced, April 2. (AP Photo/Ebrahim Noroozi)

If there is a deal, what happens next?

Under a bill signed into law last month, U.S. Congress will have at least 30 days to review the agreement before Obama can suspend congressionally enacted sanctions on Iran. Congress then has an opportunity to vote against the deal and keep sanctions in place, but a resolution of disapproval is unlikely to get the two-thirds majority required to override Obama’s presidential veto and actually undermine the deal.

If a tranche of U.S. and other international sanctions are lifted after a deal is struck, economists expect an influx of foreign investors to Iran and a boost to the nation’s flagging economy.

The U.S. and other Western nations are likely to remain at odds with Iran over key foreign policy issues, not least of all Tehran’s hostility to Israel and support for Syrian President Bashar al-Assad. Even so, a nuclear deal would mark an entirely new chapter in relations between the U.S. and Iran, after decades as bitter adversaries.