The agreement between Iran and six world powers that was finalized in Vienna on Tuesday will roll back Iran's nuclear work in exchange for the easing of economic sanctions.

Just a few years ago, the prospect of Iran and the international community reaching agreement on the country's deeply controversial nuclear activities seemed inconceivable. World leaders have long been concerned that Iran is seeking to build a nuclear weapon, while Tehran insists that its nuclear program is solely for peaceful purposes like energy production.

Yet after years of talks -- and several missed deadlines -- diplomats finally found enough common ground to conclude the historic accord, which contains several critical compromises for each side. It will now have to withstand the scrutiny of critics in Washington, Tehran and Tel Aviv. In particular, a required review by the U.S. Congress could hold up the easing of some U.S. sanctions relief for 60 days, but is unlikely to upend the deal in its entirety. 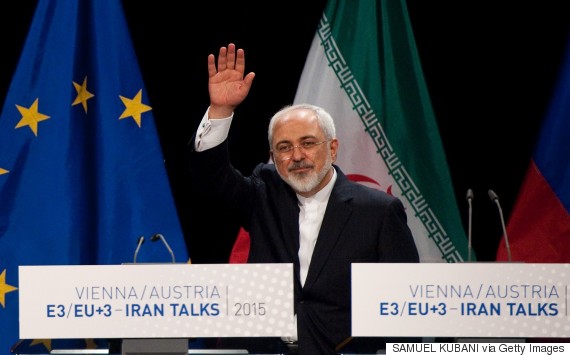 Here's an outline of the main points in the 159-page agreement:

Iran will reduce the number of centrifuges enriching uranium by two-thirds, from about 19,000 to 5,060, a restriction that will be in effect for 10 years. The centrifuges taken out of operation will be stored in a site that is monitored by the International Atomic Energy Agency.

In addition, Iran has agreed not to enrich uranium over 3.67 percent, and will reduce its total stockpile of uranium by some 98 percent, from around 10,000 kg to 300 kg. These constraints are effective for 15 years. The excess stockpile will be sold overseas or downgraded to a lower level of enrichment.

Iran will keep one nuclear enrichment site, Natanz, and convert its underground Fordo site into a “nuclear, physics and technology centre.” Iran’s heavy water reactor at Arak will be rebuilt so that it cannot produce weapons-grade plutonium.

Most of these restrictions on Iran’s nuclear program had already been agreed to in the framework deal signed in April. 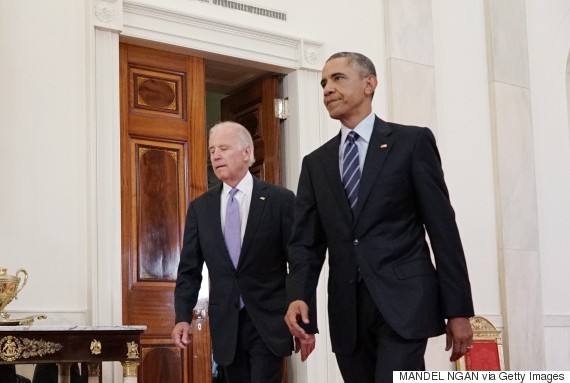 President Barack Obama and Vice President Joe Biden walk from the Green Room to speak on the nuclear deal at the White House on July 14, 2015. (MANDEL NGAN/AFP/Getty Images)

These measures increase the amount of time it would take Iran to produce one nuclear bomb, referred to as “breakout time,” to one year. Analysts currently estimate Iran’s breakout time to be two to three months.

This is a key selling point of the deal for the Obama administration, although skeptical lawmakers and Israeli officials will likely raise questions about what happens after the nuclear restrictions expire in 10 and 15 years. U.S. officials acknowledge that Iran could then expand its nuclear work and reduce its breakout time, but note that the program will continue to be monitored by the IAEA for longer than that. 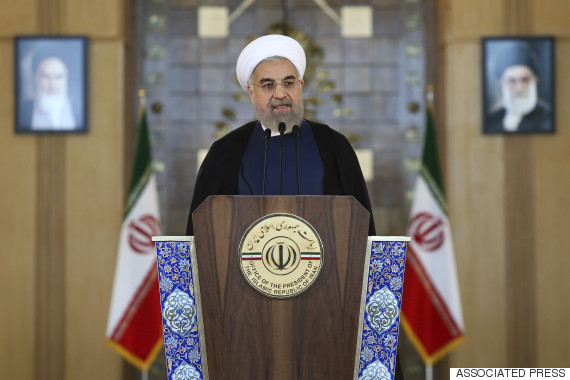 Under the deal, IAEA inspectors will have increased access to Iran’s uranium enrichment sites for 25 years.

Iran’s supreme leader had balked at the idea of allowing the inspectors into military facilities and giving them interviews with nuclear scientists, both of which the U.S. had insisted were vital. Under a compromise solution, the final deal outlines a dispute-resolution mechanism if Iran turns down IAEA requests for access.

As soon as the IAEA verifies that Iran has complied with the restrictions on its nuclear program, the United Nations, European Union and U.S. will lift nuclear-related sanctions on the country.

The deal includes a “snap-back” provision -- which had been a priority for U.S. lawmakers -- that will quickly reimpose sanctions if the agreement is violated. Possible violations will be investigated and U.N. sanctions reintroduced within 65 days, a much faster timeline than the current system of investigations.

The international arms embargo on Iran, which became a key sticking point in the final weeks of the negotiations, will be gradually rolled back. The U.N. ban on Iran trading in conventional weapons will be lifted after five years, followed by the ban on ballistic missile technology after eight years. Both of those timelines could be moved up if the IAEA concludes that the nuclear program is entirely peaceful, as The Guardian points out.