BEIRUT -- While most of Washington was caught up in the intense gamesmanship over the budget and the debt ceiling, the Obama administration quietly carried on with the second stage of its promising negotiations with the government of Iran over its nuclear program.

Meeting in Geneva this week for the first time since a hopeful opening act at the United Nations General Assembly last month, top American and Iranian officials once again participated in a direct meeting, and began to lay out a roadmap for ending the decades of financial siege the West has laid on Iran over its suspected nuclear ambitions.

The bilateral talks took place between U.S. Under Secretary of State Wendy Sherman and Iranian Deputy Foreign Minister Abbas Araqchi, on the sidelines of larger diplomatic meetings between Iran and the negotiating parties, known as P5+1.

In the larger setting of diplomats, discussions between European, American, Russian and Iranian leaders reportedly took place in English, which has never happened before -- a sign of trust and openness, U.S. officials said, and something that permitted the talks to go much more smoothly.

"I’ve been doing this now for about two years, and I have never had such intense, detailed, straightforward, candid conversations with the Iranian delegation before," a senior administration official told reporters on Wednesday, breaking from the normally staid rhetoric of such briefings.

The talks, which included an hour-long PowerPoint presentation by Iranian foreign minister Mohammad Javad Zarif, eventually ended up deep into "technical" details, according to reports -- an indication that the discussions had progressed to a level of sophistication that previous meetings between Iran and the West had not.

Israel's leaders, and especially Prime Minister Benjamin Netanyahu, have held a hard, skeptical line on the talks, even as they've shown signs of progress.

"Iran will be judged by its actions and not its PowerPoint presentations," a top Israeli official told the daily newspaper Haaretz after the talks.

On Tuesday, Netanyahu delivered a hawkish speech at the Knesset asserting that Israel would never rule out a "preemptive strike" and would continue to press for peace with Iran through the use of force and power.

"Peace is achieved when hostile countries around us understand that Israel is strong and refuses to be uprooted," he said.

U.S. officials, despite their enthusiasm for the talks, acknowledged that much remains to be hashed out, and that most of the differences in interpretation between the U.S. and Israeli sides were matters of tone, rather than substance.

But, the official continued, "I do think that there was a candor that has not been there before which then allows one to have a direct discussion by all parties about what might resolve that issue, how to proceed forward."

Lifting sanctions will be a challenge for the Obama administration, since it will require a resistant Congress to go along.

Earlier in the week, Jeffrey Goldberg of Bloomberg suggested a creative workaround that might buy the White House some time: by urging the various international banks that are holding up billions of dollars in Iranian assets to release the funds, the U.S. could provide the country with a compensatory infusion of cash without having to alter the sanctions regime prematurely.

Still, even that may be too much for some members of Congress, who have begun to stir back toward foreign policy after two weeks of intense domestic wrangling.

On Wednesday, Sen. Marco Rubio (R-Fla.), a pessimist about the Iran negotiations, called for sanctions to be increased, rather than lessened, despite the signs of progress in the talks.

Obama may have another fight on his hands already. 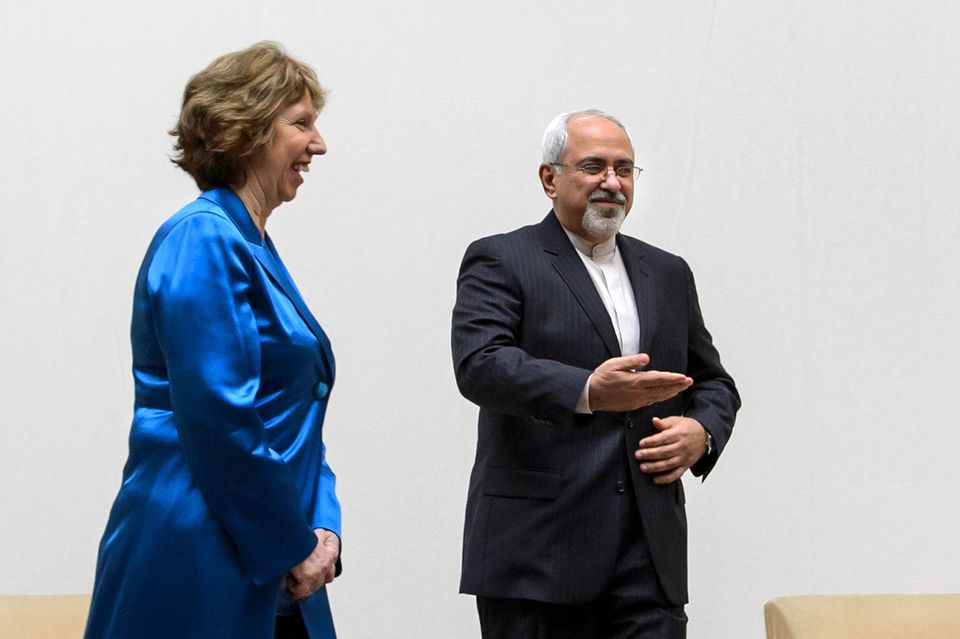