Archrivals Saudi Arabia and Iran are experiencing their first regional talks in Vienna on the Syrian conflict. Since assuming office in August 2013, Iranian President Hassan Rouhani has initiated several overtures to Saudi Arabia, attempting to mend what has steadily devolved into a dangerously adversarial relationship in the years since the 2003 overthrow of Saddam Hussein.

Rouhani, who called for better ties with Saudi Arabia shortly after his inauguration, made his first diplomatic outreach to Saudi Arabia at a critical juncture. He dispatched his foreign minister, Mohammad Javad Zarif, to visit several of the Arab Persian Gulf states shortly after the November 2013 interim nuclear deal was reached between Iran and the P5+1 group of nations.

Zarif was in effect signaling that Iran was willing to take proactive steps to ease any concerns its southern neighbors had about a post-nuclear deal regional environment. 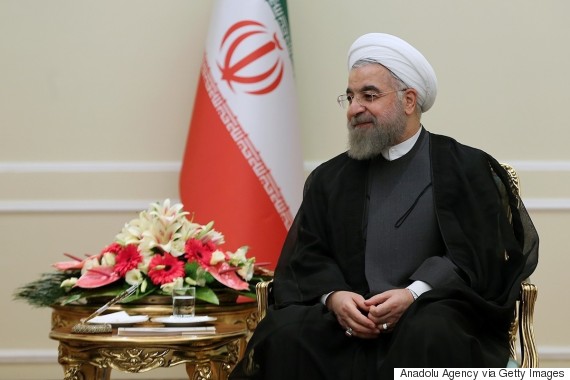 Rouhani followed this move with numerous other attempts at détente: Iranian Deputy Foreign Minister Hossein Amir Abdollahian visited Riyadh in August 2014, Zarif met with his Saudi counterpart during the 2014 United National General Assembly, and Zarif went to Saudi Arabia to attend the funeral of the late Saudi King Abdullah bin Abdulaziz in January 2015.

After the new Saudi king, Salman bin Abdulaziz, appointed U.S. Ambassador Adel al-Jubeir as foreign minister earlier this year, Zarif also congratulated him and announced that he hoped "relations between the Islamic Republic of Iran and the Saudi monarchy will develop."

Zarif reached out al-Jubeir to meet during this year's UNGA, but was shunned. Nonetheless, at a recent press conference with Arab reporters in Tehran, Zarif reiterated that Iran and Saudi Arabia "have the same interests" and should "work together."

By opting to increase rather than ameliorate tensions with Iran, Saudi Arabia has brought itself and the rest of the region to a dangerous precipice.

For its part, Saudi Arabia has rebuffed all of Iran's attempts at engagement. To be sure, the Saudi government has not shied from making faux offers of cooperation, predicated on senseless preconditions like Iran ending its "interference" in Arab countries. The unfortunate reality is that Saudi Arabia, doubly so since the ascension of King Salman, has overtly opted for a more confrontational approach towards Iran. As the Brookings Institution's Suzanne Maloney has said: "Saudi leaders have adopted a more aggressive diplomatic, economic and military campaign aimed both at marginalizing Iran and reasserting its own ambitions for regional dominance."

There are multiple reasons why Saudi Arabia is not ready for serious negotiations with Iran at present. For one thing, the hothead son of the King Salman, Mohammed bin Salman, is battling for power and to move up in the succession line. The Saudi war in Yemen is largely his design, and the sensational extent to which supposed Iranian intervention in Yemen has been hyped up has helped bin Salman consolidate power, much to the derision of other members of the royal family.

Furthermore, as one member of the House of Saud told me in New York City during this year's UNGA, the Saudis do not want come to the table with Iran because they believe Iran has the upper hand in the region. They feel that if they did engage Iran, it would be tantamount to accepting Iran's position the region. However, if this is indeed the case, the Saudis have fundamentally misread Iranian strategic thinking in this regard. Iran's history since the revolution demonstrates that whenever it feels it is in a position of strength, it becomes more flexible, and whenever it comes under increased pressure, it becomes obstinate and acts in ways to increase the cost of pressuring it. 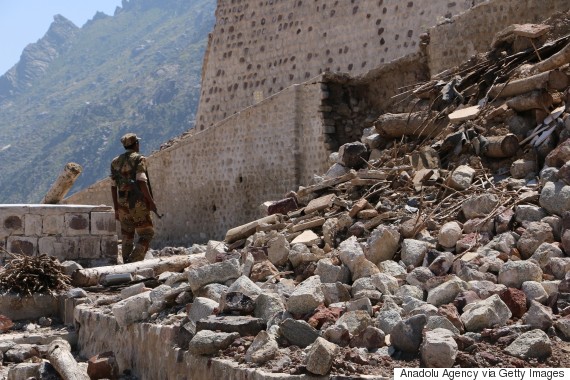 A Yemeni soldier stands guard at the Cairo Castle in Taiz, which has been turned into ruins. (Photo by Abdulnasser Al Seddik /Anadolu Agency/Getty Images)

By opting to increase rather than ameliorate tensions with Iran, Saudi Arabia has brought itself and the rest of the region to a dangerous precipice. Dialogue and broad cooperation between Saudi Arabia and Iran is the only way forward and imperative if the various crises in the region, whether in Syria, Iraq, Lebanon, Yemen or elsewhere, are to be resolved. Saudi Arabia and Iran can either jumpstart negotiations or continue down the path of escalation, practically ensuring a devastating war becomes an inevitability.

There are three paths Saudi Arabia and Iran can take to bridge their differences. The first is formal, official high-level talks between foreign ministers and other senior representatives of the respective governments. Unfortunately, the Saudi government does not appear receptive of this option at this stage. Another alternative is for the two countries to engage in track one-and a-half or track-two diplomacy -- contacts between former officials and prominent non-government figures and experts -- to discuss a package to build trust and move towards official dialogue. There have been some efforts made on that front, but it is crucial that they be significantly expanded.

It is crucial that diplomacy efforts between Iran and Saudi Arabia be significantly expanded.

One other way of escaping the pressures of public negotiations is for Saudi Arabia and Iran to confidentially exchange special envoys. These meetings would be strictly off the record and allow for the two sides to engage in high-level talks and more effectively hash out their differences. During the mid-1990s, I engaged in precisely this type of diplomacy with Saudi Arabia in my capacity as a senior diplomat and advisor to then-president Ali Akbar Hashemi Rafsanjani. Back then, Saudi Arabia and Iran both sought to take steps to reconcile with one another after more than a decade of hostilities. I negotiated and agreed on a "peace package" with then-Crown Prince Abdullah bin Abdulaziz, during that time. After four nights of intense negotiations, we reached agreements which paved the road for amicable relations between our countries that would last until the mid-2000s.

Rather than trying to constrain Iran and isolate it in its own region, the leaders of Saudi Arabia should acknowledge that Iran is their neighbor and that they can and should live in peace with each other. Negotiations should be done without preconditions and both sides should act to understand and address one another's concerns. Cooperation between Saudi Arabia, Iran and the other Persian Gulf states is vital and will fill the vacuum causing much of the conflicts raging in the region today. Détente between Iran and Saudi Arabia can indeed be the first step in creating a formal regional cooperation system that makes this goal a reality and helps stabilize the region.