PARIS -- The nuclear deadlock between Iran and the U.S., from the Iranian side, is a result of multiple deadlocks in which the regime has trapped itself.

One is the consumerist nature of the Iranian economy, which is based on exporting Iran's natural resources and importing goods. This trap is not only destroying the productive sector of the economy, but also providing a golden opportunity for the military-financial mafia to siphon off most of the petrodollars that are earned by selling oil and gas through rent-seeking, which comprises a large part of the economy and places Iran as the 136th worst country for corruption.

Such an opportunity is reinforced by the economic sanctions, which provide even more opportunity for corruption among the commanders of the Revolutionary Guards and their allies. This is why Poor Mohammadi, the regime's justice minister, stated that corruption and sanctions against the country act like the two blades of a pair of scissors.

The nuclear deadlock is also a result of political deadlock, as various rigidities have emerged through personal relations and rivalry within the power structure of the regime. These struggles began under Khomeini but consolidated as the Revolutionary Guards became the main institution which Khamenei, the current supreme leader, relies on. Furthermore, Khamenei's physical weakness, caused by illness, has turned his office (Beit-e-Rahbari) into a place of rivalry and interference in government affairs. While many of the regime's elites have recently exaggerated Khamenei's status, (with the regime's ideologue, Mesbah Yazdi, stating that Iranians do not deserve to have such leader as him), this is only an attempt to disguise and exploit his weakening position.

The third deadlock is located in the nation-state. This is because as much as the regime needs to expand its social base, it also needs to prevent the implementation of policies towards this end. For example, recognizing citizens' rights would mean that the supreme leader has to let go of the power which has been concentrated in him as a result of violating these rights. Expanding the social base of political power in Iran would undo the position of the supreme leader.

This is the main reason for constant confrontation over the positions of the presidency and supreme leader, which began right after the revolution and has continued to the present day. This will not be solved unless the regime recognizes the rights of citizenship and of the people, hence abolishing the doctrine of "velayate faqih" (the rule of the Jurist) which has been the linchpin of the regime since Khomeini.

It should be mentioned that in response to my protest against massive vote rigging during the first election of the parliament after the revolution, Khomeini told me in a private conversation that people have no vote whatsoever and that we only conduct such elections in order to close the mouths of Westerners. He openly stated this view when I used my constitutional right to call a referendum, at which point he stated: "If everybody says yes, I say no."

Furthermore, Khomeini had openly described people as minors and orphans, and noted his position as the guardian of these minors. This notion dominates the regime's ideology to the present day.

These deadlocks have led to another, at the regional level. Iran must figure out how to confront the alliances which have formed among Saudi Arabia, Israel, Egypt and the West while trying to continue its increasingly costly military interventions in Syria, Iraq, Lebanon and Yemen, no less also confronting Al-Qaeda and the Islamic State.

The situation has gotten much worse as Saudi Arabia has systematically driven the price of oil down in order to punish Tehran and Moscow for their support of Assad's regime. This greatly benefits the Western economies but badly hurts the Russian and Iranian economies, thus reducing those regimes' ability to intervene in other countries.

This situation exists despite the fact that Obama wants to bring Iran into the orbit of the U.S. in order prevent Israel and Saudi Arabia from dominating the politics of the Middle East. However, and despite the regime's clandestine collaboration with the U.S., it can't publicly ally itself with America. The reason for this can be found in the formation of the regime and the way that the ruling elites monopolized power soon after the 1979 Iranian revolution.

Since the regime is largely legitimated by its opposition to the U.S., any open thawing and normalizing of relations will create an identity crisis for supporters of the regime within and outside Iran. This is why Khamenei, despite his dire need to end the sanctions and bring the nuclear issue to an end, does not want to normalize relations with the U.S.

Any agreement with Iran over the nuclear issue also has to be able to resist, at least politically, a counter attack by the neo-conservatives and Israeli, Saudi Arabian and other despotic regimes in the Persian Gulf.

These make it impossible for Obama to give more than he has offered in order to solve the nuclear issue. Therefore, although Khamenei has no option but to drink the poison chalice of submission, he lacks Khomeini's charisma and courage and is thus not able to do so. As a result, just on economic terms, according to the Iranian government's estimate, in the last 10 years, the damage to the country's economy has been $480 billion (a figure which is grossly underestimated)

It seems that there are three ways to move forward. The first takes place within power politics, in which Iran submits to all of the U.S.'s demands over the nuclear issue and, in return, the U.S. will open up the deadlock in the region and to a large extent globally. For the regime, this would end its isolation and allow the sanctions to be lifted.

The second way, which would bring fast and long lasting results, is for the regime to recognize the right of Iranian citizenship, end its policy of repression and suppression, and through this the domination of a military-financial mafia over Iran's economy.

The last way is the people's way, which Iranians have taken many times before. This would mean entering the political scene by establishing a republic of citizens through a non-violent mass movement. The domestic, regional and international effects of such change cannot be overestimated.

How Iran Can Escape Its Nuclear Deadlock with the U.S.
Iran's Nuclear Sites 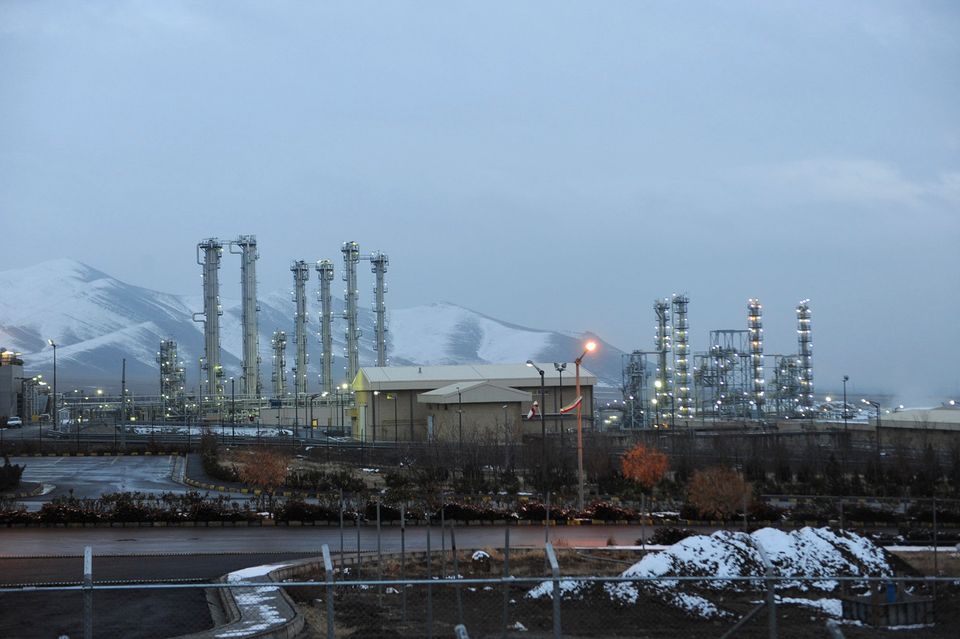