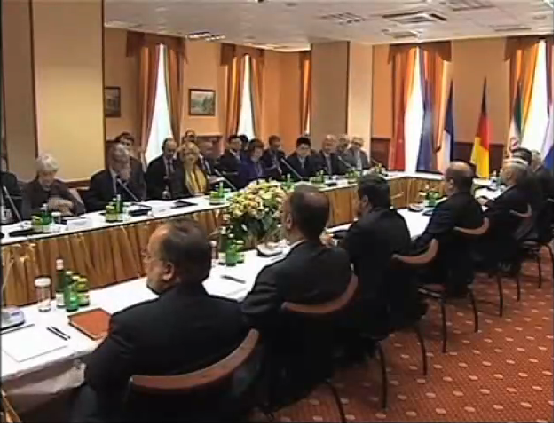 Iran and P5+1 powers have reached a nuclear agreement at talks in Vienna. The agreement can bring sanctions relief to the Islamic Republic as early as first half of 2016. The economic sanctions have crippled Iran's economy and significantly cut its oil export. The accord can be characterized as a win deal for President Obama, the Iranian, Russian, British, French, German and Chinese governments.

Nevertheless, it is crucial not to raise our expectations and conflate our analysis with hope. The most crucial parts of the deal still remain to be implemented. The current deal is an understanding, agreement and accord. A deal is a deal when all terms of the agreement are fully implemented and sanctions are lifted. It remains to be seen whether both sides will have the same interpretation of the deal. Will both sides face differences and come into tension when they begin implementing the deal in detail (such as UN inspectors visiting Iran's nuclear site, etc.)? Secondly, it remains to be seen whether Iran will completely adhere to the technical nuances of the deal.

From President Obama's perspective, the absolute and real winner of the deal is himself. Whether the deal succeeds or fails in the future, whether Iran complies with the terms and sanctions are lifted, President Obama will argue that he has achieved his lifetime Middle East and foreign policy legacy. As time passes, the public will view the deal as the President's lifetime Middle East and foreign policy legacy as well. The problem is that whether the deal can resolve the issue or increase tensions between the West and Iran in the future, what will be remembered is the notion that President Obama scored a victory and reached a landmark nuclear deal with Iran after more than decade of stand off. President Obama is, and will be, triumphant even if the deal collapses in the future.

The agreement between the foreign ministers of seven countries can usher a new era in Tehran's relationships with Western nations. Or, it can lead to future tensions between Western powers and the Islamic Republic if one side believe the the other party is not implementing the deal fully. Iran's gradual economic return can play crucial role in the regional balance of power and geopolitics of the Middle East.

Although the West views the deal as transformational, nevertheless, Iranian leaders view the deal as transitory. In other words, the Islamic Republic is less likely to alter its major foreign policies (including Tehran's support for Mr. Bashar Al Assad, the Shiite coalition in Iraq, the Houthis, Hezbollah, etc) as a result of the deal. According to the deal, access at will for UN inspectors to visit Iran's military sites will not be granted.

In the next phase, a U.N. Security Council resolution can be adopted within weeks in order to enforce the terms of the agreement.

Since a deal is not a real deal until all relevant parties have signed off on it and implemented it, a deal has not been reached yet. Nevertheless, it is more likely to witness the signing and enforcement of the deal in the next few weeks. To reach a real deal and to put it into affect, several other steps need to follow which might seem another complicated and long process.

First of all, the current agreement and terms will be reviewed by President Obama, the leaders of the Islamic Republic, France, Germany, Russia and China. The leaders are more likely to sign the deal within weeks. Secondly, a UNSC resolution will be adopted. This can occur in the month of July.

Third, in addition, the agreement will be reviewed by the U.S. Congress and Iran's powerful hardliners including senior cadre of IRGC and office of the Supreme Leader Ayatollah Ali Khamenei.

Both sides will be watching each other closely. The Iranian leaders, primarily the Supreme Leader who has the final say in domestic and foreign policy issues (and who must sign off on the deal), will analyze the American Congress's reaction to the agreement in the following weeks. Khamenei is indeed in favor of the agreement due to the fact that Iran's negotiating team would not have taken any steps without being instructed and authorized. Khamenei might offer some minor changes, though.

On the other hand, the American Congress will likely vote against the agreement arguing that the deal will keep Iran's nuclear threat intact and will make Iran a nuclear threshold state. President Obama will likely veto Congress's decision. In order to overturn the President's veto, Congress will need two-thirds of the votes in each chamber (the Senate and House of Representatives). The House of the Representatives is controlled by the Republicans. But the Republicans need to peel off 12 democrats to their side in the Senate in order to block the agreement from being signed by the president. This task is difficult to accomplish.

Finally, when the American Congress fails to overturn the president's veto, the deal will be either signed before the IAEA verifies that Iran is complying with the terms of the agreements or after, depending on the final terms. The lifting of UNSC sanctions against the Islamic Republic will also follow after a UNSC resolution on the agreement is adopted soon.

The Driving Force Behind the Deal

In a sudden shift, the negative tone expressed by Iranian and American leaders as well as the overwhelming pessimism regarding reaching a final nuclear deal was transformed overnight into an unusual upbeat and optimistic tone.

A few days earlier, Secretary of State John Kerry pointed out "If the tough decisions don't get made, we are absolutely prepared to call an end to this process," adding, "We will not rush, and we will not be rushed." But on Sunday, he stated that talks were "Positive. I think we're getting to some real decisions. So I will say, because we have a few tough things to do, I remain hopeful. Hopeful."

Similarly the negative tone expressed over the weekend by Iran's negotiating team and leaders including Iranian Foreign Minister Javad Zarif, quickly became a more upbeat tone on Sunday. Recent, Zarif warned Western officials to "Never try to threaten the Iranians." An Iranian official accused the United States of altering its position and he added, "There have been a lot of changes in positions." Nevertheless, on Sunday, issues seem to have changed and an Iranian official pointed out, "some 99 percent of the issues have been resolved and the agreement is ready."

However, were major technical issues such as the timing of sanctions relief, Iran's breakout time, and the range of inspection by the International Atomic Energy Agency, resolved overnight? How did the negative tone turned to optimistic overnight? And is this truly the final phase in the marathon nuclear talks or are there other steps?

Panic and Dread of Collapse: Technical Gaps, But Not Political Ones

The underlying driving force that keeps bringing the Iranian and American negotiating teams together on nuclear talks is primarily their dread and President Obama's fear of the political repercussions in case the nuclear talks collapse. This underlying force has pushed the two sides to continue reaching some sort of agreement at the eleventh hour. Iran's crippling economy and Obama's search for lifetime Middle East and foreign policy legacy were also among other driving forces.

But it is crucial to point out that the negotiating teams from the six world powers (known as the P5+1; China, France, Russia, the United Kingdom, and the United States, plus Germany) and the Islamic Republic appear to have reached an "accord" rather than a deal.

Since a deal is not a deal until all relevant parties have signed off on it, the current developments are solely an agreement and an accord, not a deal. The marathon nuclear talks seem to be a never-ending diplomatic process. The final signing of the agreement is being constantly postponed as well.

The technical gaps between Iran and the Western powers are too deep to bridge. Nevertheless, one of the reasons behind the notion that the six world powers and the Islamic Republic keep dragging the talks on, and announcing some sort of small agreements rather than a real deal, is their fear in case the nuclear talks fail. As a result, in spite of their deep gap on the technical issues of the nuclear talks, the relevant parties tend to bridge their political decisions on this issue.

Two major players that would have faced a considerable amount of repercussions in case the nuclear talks had failed were the United States and the Islamic Republic. For Iranian leaders, the collapse of talks would have triggered a new round of economic sanctions or military operations against Iran's nuclear infrastructure. In addition, for Iran's Revolutionary Guard Corps, the failure of talks would have meant that they will not have access to the much needed additional billions of dollars to support President Bashar Al Assad, the Iraqi government, and its Shiite proxies in the region. For President Rouhani, who like President Obama has gambled all of his foreign policy chips on the nuclear deal, would have lost the support of his political base as people find his presidential promises unfulfilled. On the other hand, for President Obama, the failure of talks would have meant a significant blow to his Middle Eastern and foreign policy legacy.

In conclusion, the current agreement appears to be a win-win deal for both President Obama and Iranian leaders.

Dr. Majid Rafizadeh, a Harvard-educated American scholar and political scientist, is the president of the International American Council on the Middle East. He is originally from Iran and Syria. You can contact him at Dr.rafizadeh@post.harvard.edu or follow him @majidrafizadeh