Artist Mona Shomali was born in Los Angeles the same year as the Iranian revolution; in fact, her mother fled Iran only months before her birth in order to escape the building turmoil. As a result, the painter grew up balancing two diverging -- and many times conflicting -- cultures. 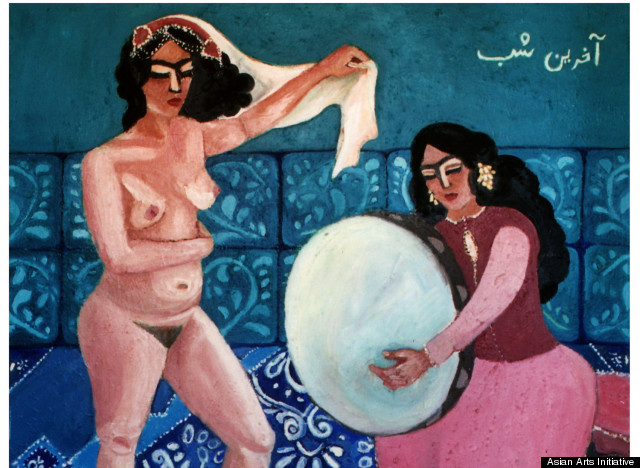 Shomali's paintings depict the constant juxtaposition of two worlds in one identity. In a new exhibition at the Asian Arts Initiative in Philadelphia, Pa., we see her female protagonists, often nude, depicting the struggle between independence and tradition, modesty and sensuality. Some of the works employ text to convey the inner turmoil; one reads: "Freedom is not freedom if only those that agree with those in power are free." Others combine Iranian symbols like pomegranates or traditional jewelry with the naked form, illustrating the tension between sexuality and tradition.

The title of Mona Shomali's current exhibition "That Person Who Is Your Creation" comes from a poem by groundbreaking Iranian poet Forough Farrokhzad, entitled "Call To Arms." The poem begins: "Only you, O Iranian woman, have remained/ In bonds of wretchedness, misfortune, and cruelty/ If you want these bonds broken/ grasp the skirt of obstinacy..." Farrokhzad's works questioned Iranian understandings of gender in radical new ways, and Shomali's paintings embark on a similar task for Iranian-American women.

Not surprisingly, Shomali lists Iranian feminist artist Shirin Neshat as one of her inspirations. And yet, while Shomali mirrors Neshat in her transgressive spirit and conflation of art and text, her aesthetic arguably aligns more with earlier artists like Matisse and Modigliani, whose influence she also cites.

Mona Shomali's work is part of the exhibition "That Person Who Is Your Creation," at the Asian Arts Initiative in Philadelphia until April 26. See a preview of the show in the slideshow below and let us know your thoughts.

Correction: An early edition of this article attributed a quote to The Iranian when it was originally featured in Reorient Magazine. We regret the error. 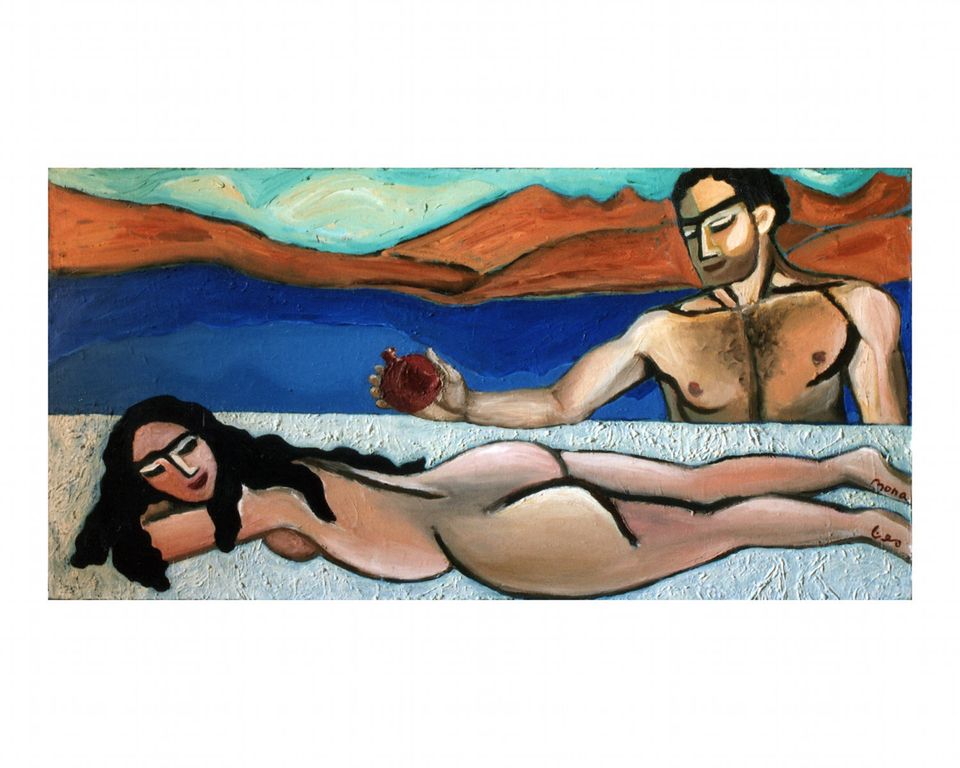