On January 1, the Virginia-based Hermitage Art Gallery will ring in the New Year with an exhibit dedicated solely to contemporary Iranian art.

Curated from the collection of gallery owners Mehri and Nasser Hosseini, the exhibition will feature more than 40 works of modern art by seven Iranian artists. It is an assemblage of different generations of artists, all born and raised in Iran during different decades and now based in the United States.

Two of the artists -- architect Farshad Farahi and master of Persian Rug Design Mohammad Darehbaghi -- completed their studies well before Iran's 1979 Revolution, when the country was still ruled by monarch Mohammad Reza Shah Pahlavi. The remaining five artists, which include Bahar Behbahani, Shahla Moghaddam, Baltimore-based painter Fariba Gheisour, and Mohammad Darehbaghi's brothers Mostafa and Morteza Darehbaghi, were each born before 1979, but studied and honed their artistic craft after Iran became an Islamic Republic.

The exhibit's juxtaposition of generations conveys how differently the seven artists have translated their respective experiences, as individuals and as Iranians, into their creative works. "Each artist has a different background and interacts with society in his or her own way," says Hermitage curator Mehri Hosseini. "We put their works together here in order to create a dialogue between them. A visitor can compare them to one another and witness the different generational trends."

The exhibition at the Hermitage Gallery in McLean, Virginia runs through January 31. Here are some vivid examples and descriptions of the artworks on display: 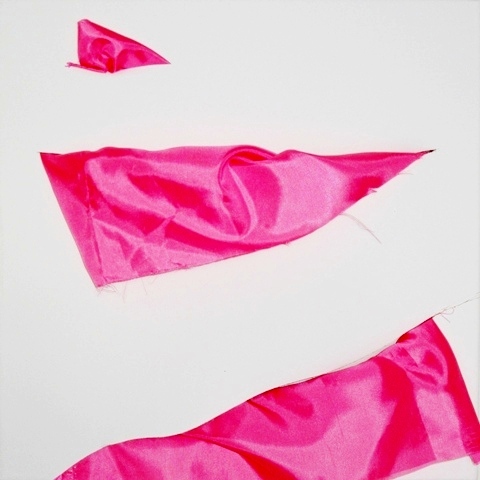 Farshad Farahi, whose work has also been exhibited at the Tehran Museum of Contemporary Art, tends to create multi-dimensional works that delve beneath or push beyond the surface of the canvas, often cutting openings or weaving string and fabric into a painted composition. Mr. Farahi says his artwork is much like his architecture: minimalist and free, with an appreciation for light, depth and open spaces. "I always try to be out of the box. My architecture is the same," the artist says. Adds Ms. Hosseini, the curator: "Farshad wants to break all the rules. He has put all his experiences behind him, and now there is a freedom in his work, that I think is due to his maturity." 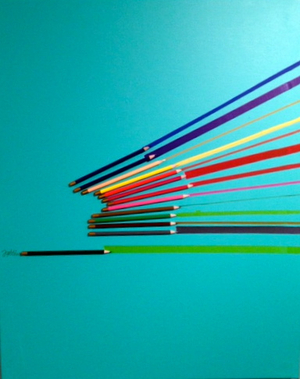 In Susan (below), Shahla Moghaddam uses vibrant mixtures of color to express the intuition and character of the individual being portrayed. Her art is often very feminine and free. "Shahla's work, and its unique use of color, is reminiscent of Andy Warhol's," the Hermitage curator says. "She's broken the image of darkness that had been dictated to her in the past. She paints how she sees herself." 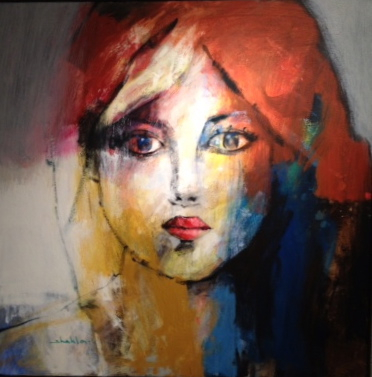 Mohammad Darebaghi's Tears in the Rain, pictured below, is one of several paintings by Mr. Darebaghi reflecting motifs of his background in Tazhib and Persian Rug Design. Intricate details reminiscent of Iranian miniature art, and geometric patterns alluding to the tiles and mosaics decorating Iran's many historical structures appear often in Mr. Darebaghi's paintings. "Think of mosque tiles, but in an abstract way," explains Ms. Hosseini of Hermitage. "He incorporates these themes... but it is modern."

Tears in the Rain by Mohammad Darebaghi 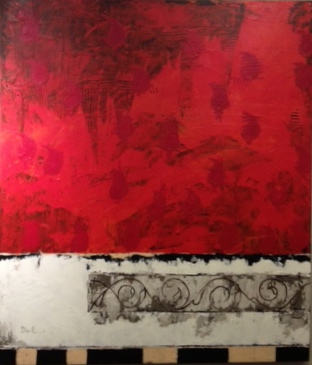 Hermitage Gallery is located at 6831 Tennyson Drive in McLean, Virginia. Learn more about the upcoming contemporary Iranian art exhibit through the gallery's website or by phone at 703-827-0066.