BERLIN, June 16 (Reuters) - Two Iranian men charged with smuggling dozens of German-made engines capable of powering drones into Iran by declaring them as jet ski engines went on trial at a Frankfurt court on Monday.

The men, identified only as Iman J.L., who also holds German nationality, and Davood A., are accused of violating Germany's Foreign Trade Act by disguising the true nature of the goods, in an apparent effort to get around trade sanctions imposed on Iran over its nuclear work.

Iman J.L. is accused of obtaining 61 engines between 2008 and 2009 delivering them to Iran through his own import-export company. To get through customs, he allegedly declared them as jet ski engines.

Davood A. is accused of assisting in the transport and selling some of the motors in Iran.

Iman J.L. declined to make a statement to the court, while Davood A. did not show up for the trial. His case will now be tried separately, the court said.

The engines are suitable for use in Iran's Ababil 3 drones, according to a court statement.

Iran is under U.S., EU and U.N. Security Council sanctions over its nuclear work that many countries fear is aimed at developing weapons capability, something Tehran denies.

Negotiations between Iran and six world powers aimed at resolving the nuclear dispute resume in Vienna this week. (Reporting by Emma Anderson; Editing by Robin Pomeroy) 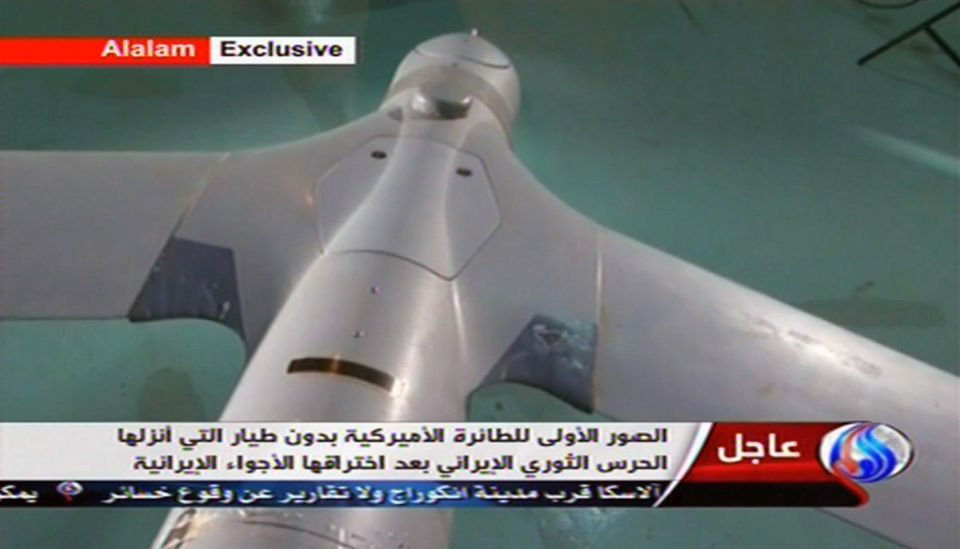 1 / 3
In this image taken from the Iranian state TV's Arabic-language channel Al-Alam, showed what they purport to be an intact ScanEagle drone aircraft put on display, as an exclusive broadcast Tuesday Dec. 4, 2012, showing what they say are the first pictures of a captured drone. (AP Photo / Al-Alam TV)
AP