LONDON -- The most dramatic moment of the 1979 Iranian revolution was Black Friday. Within a few days, the Shah was shaken by two subsequent mass demonstrations against his regime and, in order to prevent a third one, declared martial law in the early morning hours of September 8, 1978.

Like most Iranians, at the time I was sleeping on the roof of my house in order to escape the heat of summer. I was exhausted from walking for nearly 14 hours in a demonstration the day before, and from having confronted soldiers and tear gas. But I heard the military music from my father's radio in the yard. A speaker with a strong voice -- one which aimed to instill deep fear into the hearts of his listeners -- read a statement declaring a curfew, in which the gathering of more than three people became illegal with severe consequences.

I tiptoed my way downstairs in order not to wake up my brother, Masud, since I knew that being killed was a serious possibility that day (he was killed a few months later). As the son of a man who was a devout supporter of Mohammad Mossadegh, the elected prime minister who had been overthrown in a coup orchestrated by the CIA and British intelligence in 1953, I instinctively knew that on that day we should not let fear determine our lives; that if we stayed indoors the dictatorship would continue.

I arrived at Jaleh Square and joined a group of demonstrators who were closest to the army units. Soon, a Russian armored vehicle began to fire at us with heavy machine guns. My military instinct told me that if there was any chance of survival, it was to run towards a wall on the pavement. I ran, but fell over a few women and men and could not move; I waited to be shot.

Soon after the firing stopped I looked back and saw people lying on top of each other, still. I shouted at them: "Stand up, cowards! You knew today they are going to kill, and if you were so cowardly, why did you come here?" But as I was saying this, I saw blood streaming from their bodies and covering the street. 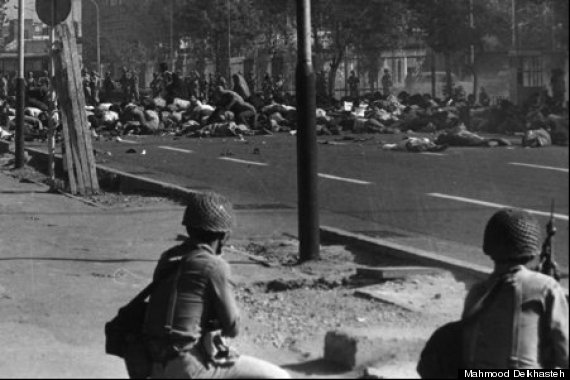 We continued to face the army for another five hours that day. Later an army colonel revealed that the general in charge of the killing had ordered his soldiers to load the bodies in the rubbish collector truck and get rid of them. Five months later, the Shah's regime was gone.

A few days before its complete collapse, I became very fearful of being killed. I asked God to let me live, even if only for a week after the collapse, so that I could experience living in a free society and living the freedom which we were dreaming about and struggling for.

However, soon after the regime collapsed, other dictatorial forces began to eat away at the hard-earned freedoms in order to reconstruct a monarchical regime in the garb of Islam. As the revolution's spring of freedom withered away, the country experienced a gradual move from an authoritarian form of dictatorship to a totalitarian one. 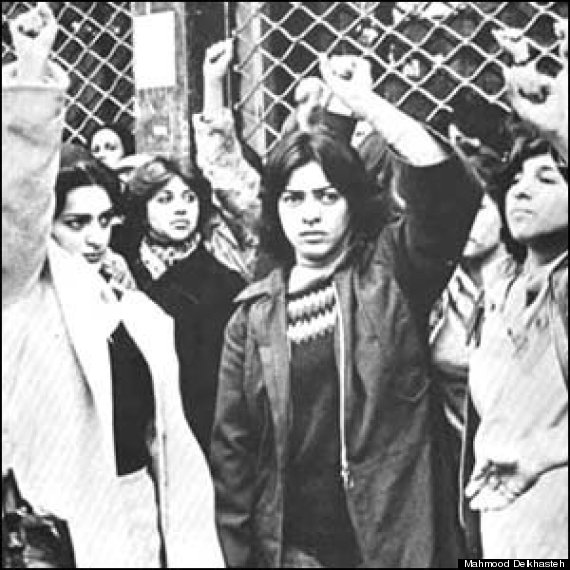 The last obstacle in this process was Abolhassan Banisadr, then president, who refused to obey Ayatollah Khomeini's demands to consent to the establishment of a religious dictatorship. Banisadr wrote to Khomeini: "If you are looking for a lackey, there are so many lackeys, do not expect such a thing from me. The Shah was not overthrown to be replaced with a worse system."

Today's young generation in Iran does not know the history of this coup; it is the stolen narrative of the Iranian revolution. Many people do not know that the current regime of repression and corruption is not a result of the Shah's overthrow but an outcome of a coup against the goals and guiding principles of the revolution.

Today, a good number of people who participated in the revolution regret it, and many young people show distaste towards making another. This is why they have either given up on politics or trapped themselves in an illusion that the regime is reformable. Indeed, this belief in the reformability of the regime was the Achilles heel of the Green movement.

There is a shortcoming in the Iranian psyche, dominant among many people and elites, which is to give up when a social experiment encounters difficulties. For whatever reason, Iran has been the first country in the region and among Islamic countries to undertake drastic changes in its political structures.

In the 1905 constitutional revolution, for example, the country established a democratic regime while most of Europe remained dominated by dictatorial regimes. In 1951, under the premiership of Mossadegh, Iran became the first Middle Eastern country to nationalize oil and introduce a policy of "negative equilibrium" (non-aligned state) based on principles of independence and freedom. And in the words of the French philosopher Michel Foucault, the 1979 revolution introduced a 'political spirituality' which in the West people "have forgotten since the Renaissance and the great crisis of Christianity."

However, when they have encountered an obstacle in realizing the goal on each occasion, they have given up, not realizing that revolution is not an event but a process or that the overthrow of a regime is just a starting point.

As Hafez, a 13th century Iranian mystic poet, wrote: "The path of love seemed easy at first, what came was many hardships."

The historical despotism which has ruled the country for thousands of years can't be overthrown with one push. This requires critical thinking, perseverance and the use of hope as the main weapon of struggle.

Despite these failures, the Iranian people have never been so close to establishing a truly democratic society, in which a republic of citizens could lead the way out of the current (seemingly unending) violence which has engulfed Islamic countries, and out of a world which is experiencing the unending and endemic crises of capitalism.

To do this, it is necessary to continue to pursue the goals of the Iranian revolution -- independence, freedom, democracy and a form of development which aims at eradicating poverty and is in harmony with nature. We need a final push.