For the first time in nearly 40 years, female soccer fans helped pack an Iranian stadium’s stands to cheer on their country in the World Cup after a decadeslong ban was briefly lifted.

The historic moment at Tehran’s Azadi Stadium on Wednesday marked a break from the country’s de facto ban on women from attending male sporting events following the Islamic revolution of 1979.

Though there is no formal law banning women, female sports fans have been turned away from stadiums and sometimes arrested. Others have snuck in posing as men.

In celebration of Iran’s participation in the World Cup, local media announced Tuesday that women would be allowed in the stadium to watch a live broadcast of the country’s team playing against Spain in Russia, the Washington Post reported.

The news didn’t come without a brief hurdle, however, when Iran’s Tasnim news agency reportedly announced just hours before Wednesday’s kickoff that the event was being canceled because of infrastructure problems. Many fans still showed up to the stadium regardless and petitioned to be let in, eventually leading to their entry.

Photos taken at the stadium captured women cheering on their team in the stands while waving Iranian flags and wearing the country’s colors of green, white and red.

Iranian group OpenStadiums, which is campaigning for the right of women to attend sporting events in the Islamic Republic, was among those cheering the women’s entry.

Iran went on to lose to Spain, 0 to 1. Spain’s team captain, Sergio Ramos, dedicated his team’s win to the women of Iran.

“They are the ones who won tonight,” he tweeted. “Hopefully the first of many.”

They are the ones who won tonight. Hopefully the first of many. https://t.co/ftnMwegZjz

Tayebeh Siavoshi, a female member of Iran’s Parliament, told the Iranian Students’ News Agency that she hopes Iran’s match against Portugal on Monday will also be open to women for viewing, Agence France-Presse reported.

The Equality League, a group that advocates for women’s rights in sports, also applauded Wednesday’s open viewing as “progress,” but noted that women still have yet to watch a soccer game live. 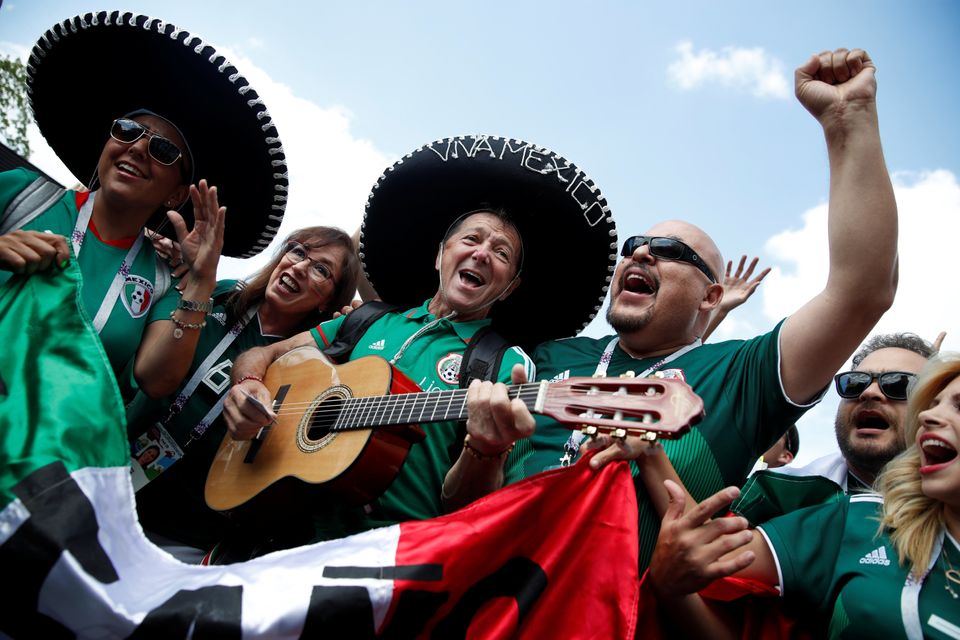