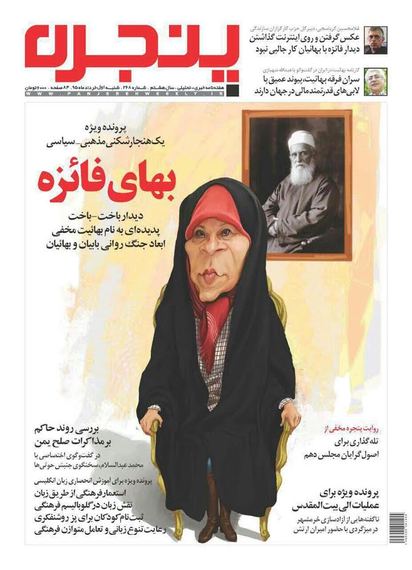 The Islamic Republic of Iran is facing a big problem. As a matter of fact, the problem is so big that the Iranian leadership and State media cannot stop talking about it. They are very very upset, suffering from high levels of stress and anxiety. This problem is so big that it has unified the otherwise divided hardliners and pragmatists who now speak with one voice in the name of all that is holy and sacred.

If you guessed that the problem is the highest per capita rate of executions in the world or the torture of political prisoners, you are wrong. You are also mistaken if you assumed that the problem is the highest per capita rate of opium addiction in the world. The problem is also not billions of dollars of missing funds or one of the highest rates of corruption in the world. It is not one of the biggest brain drains in the world because of the despair of its young talented citizens either. If you thought it is the fact that more than half the Iranian people live under the poverty line, you are also incorrect. It is not desertification and drought either even if this will result in millions of climate refugees in the coming years. The problem is also not the murder and starvation of thousands of innocent civilians in Syria. These problems are all trivial in comparison with the private meeting between two prisoners of conscience that took place a few days ago.

Ms. Faezeh Hashemi and Ms. Fariba Kamalabadi first became friends in 2012 in the women's ward of Tehran's notorious Evin prison. Ms. Hashemi is the well-known daughter of former Iranian President Akbar Hashemi Rafsanjani, one of the most influential figures in the Islamic Republic. She was a former Member of Parliament sentenced to six months for "propaganda against the ruling system" because of her Islamic reformist political views. Ms. Kamalabadi is a psychologist and one of the seven members of the leadership of Iran's persecuted Baha'i religious minority. She has been sentenced since 2008 to ten years in prison on absurd charges of "espionage for Israel" and "insulting religious sanctities". Her lawyer, Ms. Mahnaz Parakand, described the indictment against them as "full of accusations and humiliations" against Baha'is without a shred of proof. Ms. Kamalabadi's daughter was thirteen when she was first imprisoned. She missed her daughter's graduation, wedding, and the birth of her grandchild. Finally, she was given a few days to visit her family, during which time Ms. Hashemi visited her on account of their friendship. She was accompanied by the legendary human rights lawyer, Ms. Nasrin Soutudeh, who was also a former cellmate. All who have crossed paths with the imprisoned Baha'is have been inspired by their example of selfless devotion and moral integrity. It is not a surprise that they have gained such loyal supporters.

Once news of this meeting spread, the Iranian leadership became apoplectic. Scores of senior clerics in the religious establishment condemned Ms. Hashemi's meeting with a member of the vilified and banned Baha'i minority. One high-ranking figure denounced "friendly relations" with Baha'is as "treason against Islam and the Revolution" while another warned that "consorting with Baha'is and friendship with them is against the teachings of Islam". Yet another proclaimed that meeting with a Baha'i is "an absolute religious deviation" while others threatened Ms. Hashemi with criminal prosecution to set an example for others. Given the terrible woes of the Iranian people and their discontent with their rulers, this obsessive medieval hatred of Baha'is speaks volumes about the moral bankruptcy of the Iranian leadership and its long-standing scapegoating of a peaceful religious minority. Jean-Paul Sartre famously said that "If the Jew did not exist, the anti-Semite would invent him." The psychology of hatred is above all a reflection of cowardice, of the need for building a "self" by destroying the "other". Iran's Baha'i problem is obviously a problem for Baha'is, but equally a problem for Iran, insofar as an identity built on hatred is an affliction for both the victim and the perpetrator. As a psychologist, Ms. Kamalabadi would understand this very well. The paranoid ideology that needs to imprison and vilify a grandmother who simply wants to hold her grandchild is a political disease that needs to be cured through sustained therapy. The fetishistic incantation of anti-Baha'i propaganda, the delusional conspiracy theories, equating their mere existence as an "insult" to Islam, this is a mark of desperation and weakness, to legitimize brute power through the hypnotic trance of fanatical hatred and mob violence. The more that the long-suffering Iranian people demand a better future, the more Iran's powerful (but weak) security and intelligence establishment needs the Baha'is to create a distraction.

It is an inspiring testament to the Iranian people and their decency that the likes of Ms. Hashemi and Ms. Soutudeh, are joined by the ranks of other moral leaders such as famous dissidents Mr. Mohammad Nourizad and Mr. Sadegh Zibakalam, and even eminent Shi'a clerics such as Ayatollah Masoumi-Tehrani, who defy hatred and courageously stand in solidarity with their Iranian Baha'i compatriots and call for their freedom and equality. It is this emerging leadership that understands the catastrophic damage that all these years of religious hate-mongering and violence has caused for the rich civilization of Iran that should be one of the most prosperous and progressive countries in the world. The release of the seven Baha'i leaders is not just about seven innocent souls suffering unjustly in prison. The Baha'i problem is a big problem. In fact, the emancipation of Baha'is is about the emancipation of Iran; it is about escaping the prison of hatred and deception that has eclipsed the potential of a great nation that could transform an entire region being ripped apart by sectarian violence.

Amidst the outcry of both the world community and Iranian moral leaders calling for the release of the seven Baha'i leaders, the frightened Iranian leadership should heed the immortal words of Rumi:

Why do you stay in prison, when the door is so wide open? 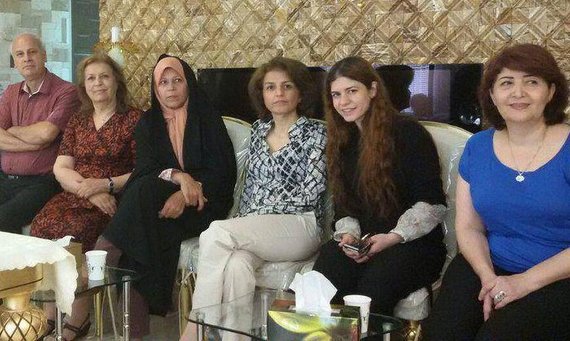