BAGHDAD, Aug 6 (Reuters) - A series of car bombs targeting busy markets and shopping streets in and around Baghdad killed at least 51 people and wounded more than 100 on Tuesday, Iraqi medical and police sources said, part of a surge in violence in recent months.

Insurgent attacks have multiplied in Iraq since the start of the year, with more than 1,000 people killed in July, the highest monthly death toll since 2008, according to the United Nations.

The Interior Ministry, which has said Iraq was facing an "open war" fuelled by sectarian violence, ramped up security in the capital this week by closing roads and deploying additional police and helicopters.

Bombs went off in northern, eastern and southern districts of the capital in quick succession late on Tuesday, in areas crowded with shoppers and worshippers near a mosque.

One of the attacks hit a square in central Baghdad, where a parked car bomb killed five and wounded 18. In a mainly Shi'ite neighbourhood to the south, another car bomb exploded close to a shop selling ice cream after the evening breaking of the Ramadan fast.

In Nahrawan, 30 km (20 miles) southeast of Baghdad, militants targeted a crowded commercial street with a car bomb. On the northern outskirts of the capital, a bomb exploded near a packed market.

Coordinated strikes that kill scores of people have become more common in Iraq in recent months.

Sunni Islamist militants have been regaining momentum in their insurgency against the Shi'ite-led government since the start of the year and have been emboldened by the civil war in neighbouring Syria, which has stoked sectarian tensions across the Middle East. (Reporting by Kareem Raheem and Ahmed Rasheed; Writing by Sylvia Westall; Editing by Mike Collett-White) 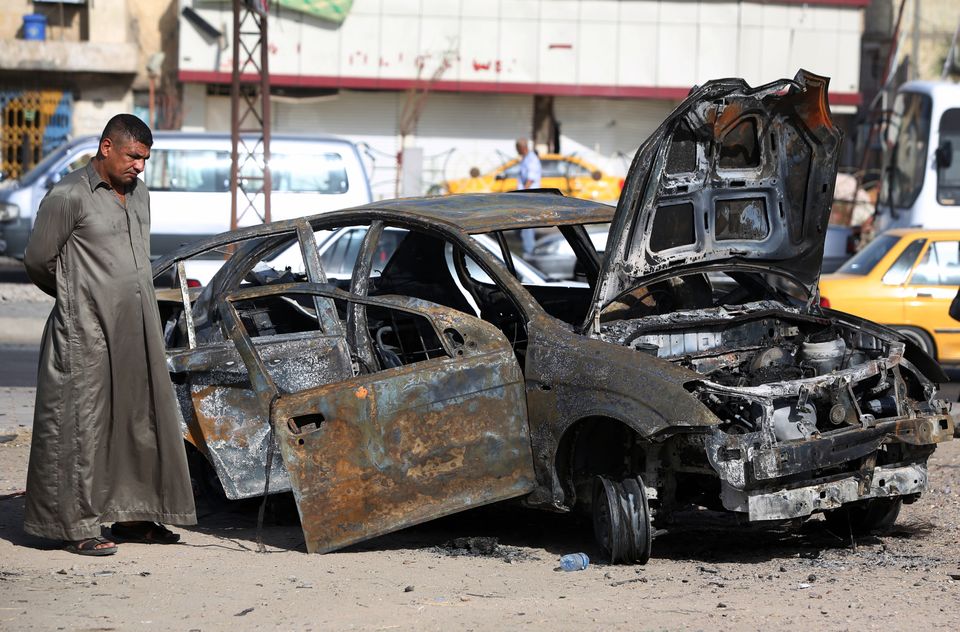