The above is a work-in-progress for a documentary film about rehabilitative theater with incarcerated young men of color called The Odyssey Project.

"I wanted to tell the story of the criminal justice system"

Iraq, the BP oil spill, the rights of union workers, food insecurity, and the juvenile incarceration system aren't necessarily the first things that come to mind when one thinks of a summer afternoon in Santa Barbara. However, they're what documentary filmmaker and longtime Santa Barbara resident Mark Manning concerns himself with. I walk down a red brick path through a verdant garden to arrive at Manning's office at Conception Media, which is in the back cottage of a nice town house. Inside, a husky sleeps on the floor, a few screen-savers swirl on several monitors in the background, and Manning goes about brewing herbal tea after kissing his beautiful wife goodbye for the afternoon. He probably went surfing this morning, but he spent all last summer filming incarcerated youth.

After journeys across the country and world for his documentaries, what about the Odyssey Project -- a partnership between UCSB and the juvenile justice system that brings incarcerated young men into a theater workshop -- caught Manning's eye? Why this, for his newest film?

"I always look for a way to tell a real important social issue through characters. To humanize the issue," Manning says, leaning back in his chair.

"I wanted to tell the story of the criminal justice system...and I did it because I was a little bit afraid. I had some fear about meeting them. I realized I don't know anything about young people of color who are locked up. I'm living a life of white privilege here; Santa Barbara is one of the centers of white privilege in the world. To tell the story of the prison pipeline here is a good juxtaposition."

So, last summer, Manning and his crew followed the "personal odysseys" of the incarcerated young men participating in UCSB professor Michael Morgan's Odyssey Project theater class. Those young men created pieces of personal creative writing and art, performed their own spoken word raps, and acted and danced alongside UCSB undergraduates in a public performance retelling The Odyssey as an epic tale of contemporary homecoming. The Odyssey Project film, if it gets produced, has the potential to change the way juvenile incarceration works in America by demonstrating how successful the arts can be as a tool for rehabilitation and reducing the recidivism rates of jailed youth. Manning's company, Conception Media, collected the footage without certain knowledge of where funding would come from to finish the film. 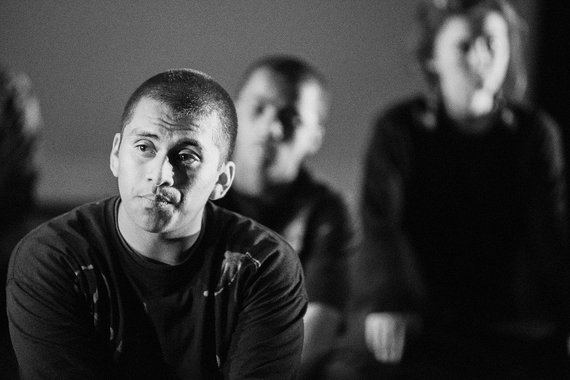 It's a labor of love, but Manning wasn't paid to make the award-winning Road to Fallujah, either. Social justice is what makes Mark Manning tick, and what I find most fascinating about him is that this wasn't always the case: he came to Santa Barbara when he was still a teenager to go to diving school so he could work for Big Oil out in Louisiana. Born and raised in California's bay area, Manning was a surfer from early on, and wanted to make a living on the ocean. "There was an oil boom going on at the time," Manning recalls. "I did underwater welding, burning, construction, explosives, whatever it took. Working 60 to 600 feet down underwater. Fun job, made a lot of money."

But somewhere in those two decades of working for offshore oil companies, Manning slowly grew a conscience. "I didn't like the way things were going," he says simply. So by the time he signed up for an eight-week night class in filmmaking, he knew firsthand "how powerful those corporations actually are. How big they are."

By chance, Manning heard a program on the radio about a documentary about Palestinian children. He quit his oil job, took that filmmaking class, and started making nonprofit PSAs in Santa Barbara. It was 2001, and he couldn't believe 70% of Americans supported the war in Iraq. "Go up and down State Street and ask people why," someone suggested. 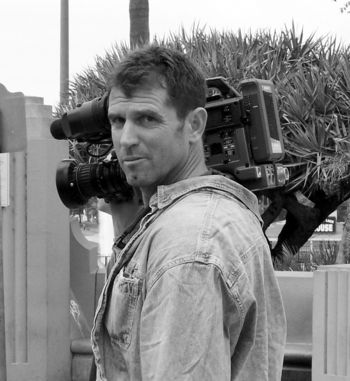 Manning followed that suggestion -- except he didn't just go to downtown Santa Barbara, he went all over the country, talking to Wall Street bankers, members of the Ku Klux Klan, farmers, urbanites, in the South, the Midwest, Los Angeles. He asked them all the same questions, "and no matter the class, race, gender, or location of the person I asked," Manning says, "they all said the same thing. If they were for the war, they said it was because terrorists hated us for being free. If they were against it, they said it was about oil." But whenever he asked the interviewee for a fact to back that up -- even one -- from the Wall Street bankers to the KKK members, no one really had any. Thus Manning made the film American Voices, and in doing so, he learned that the mainstream media is as powerful as the big corporations he'd been working for. "It's a sophisticated machine out there, influencing all of us."

Manning's current work on The Odyssey Project film grows out of the belief that relying on that "sophisticated machine" of mainstream media to tell the truth about incarcerated young men of color would be an exercise in futility. This belief was informed not only by his experience working for Big Oil and making Voices of America, but his firsthand experience in Iraq. As Manning interviewed people for the documentary that would become American Voices, he met Nadia McCaffrey, the mother whose son Patrick was killed in Iraq and who became famous for standing up to the Bush administration (which had claimed it banned the press from documenting military caskets coming home for the sake of the families' privacy) by inviting the press to view the return of her son's casket. Nadia asked Mark if he'd come with her to Jordan on her subsequent peace-building mission, where Iraqi families and American families who had lost children in the war were going to meet. That's how Manning made Journey to Peace. "There was a lot of press there, just not American press. I was the American press," Manning says wryly. "Some people needed to vent. Some needed to testify. Some people had lost their kids just days before that meeting. I mean, it was raw."

And in challenging the fear Manning himself had around youth of color in the prison pipeline by embarking on this new documentary about The Odyssey Project, he discovered a similar rawness in the extraordinary space that professor Michael Morgan creates every summer with incarcerated youth in his very own Santa Barbara county. "Just getting to know these incarcerated young guys," Manning recalls, shaking his head, "and seeing the friendship and relationships and seeing the beauty involved there, the willingness of everybody involved to drop preconceived judgements together, reminded me of watching the American and Iraqi families come together. They just let it go, and that's where peace happens." 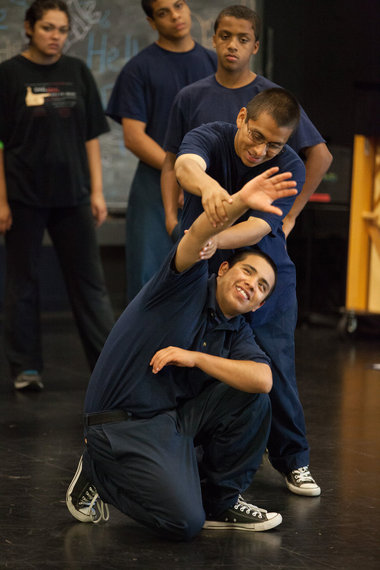 "The Truth is in the Voices of the People"

While making Journey to Peace with Nadia, Manning befriended an Iraqi woman name Rana, who regularly stopped US Marines from dropping bombs by telling them where she was running to among their targets and emerging with women and children. When Manning went into Iraq in 2004 and 2005 and lived in the city of Fallujah, he did so alongside Rana as one of the only outsiders to live un-embedded in Iraq. Rather, he lived simply as another human in the holy city, which had been the site of the Iraq War's bloodiest battle in 2004 after four American contractors were killed there. Manning made it a point to tell the story of Fallujah from the perspective of the Iraqi people, and when the resultant film, Road To Fallujah, was released in 2009, it hit the festival circuit with a life of its own, garnering a few awards to boot.

We conclude our interview by talking about courage, which it takes to make documentary films that might make a difference, sure, but Manning is talking about that of the incarcerated men themselves: "their courage to explore their emotional side, which is difficult when you have to be vulnerable with the new peers you just met, and then with the other people you're incarcerated with and deal with whatever the framework is there. The courage was a constant blessing to be around. To get along with each other, to drop judgements, to listen, takes courage. And they have it." 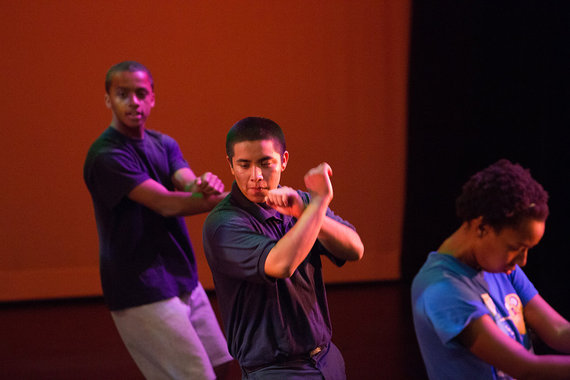