NEW YORK, March 14 (Reuters) - The U.S. war in Iraq has cost $1.7 trillion with an additional $490 billion in benefits owed to war veterans, expenses that could grow to more than $6 trillion over the next four decades counting interest, a study released on Thursday said.

The war has killed at least 134,000 Iraqi civilians and may have contributed to the deaths of as many as four times that number, according to the Costs of War Project by the Watson Institute for International Studies at Brown University.

When security forces, insurgents, journalists and humanitarian workers were included, the war's death toll rose to an estimated 176,000 to 189,000, the study said.

The report, the work of about 30 academics and experts, was published in advance of the 10th anniversary of the U.S.-led invasion of Iraq on March 19, 2003.

It was also an update of a 2011 report the Watson Institute produced ahead of the 10th anniversary of the Sept. 11 attacks that assessed the cost in dollars and lives from the resulting wars in Afghanistan, Pakistan and Iraq.

The 2011 study said the combined cost of the wars was at least $3.7 trillion, based on actual expenditures from the U.S. Treasury and future commitments, such as the medical and disability claims of U.S. war veterans.

That estimate climbed to nearly $4 trillion in the update.

Excluded were indirect deaths caused by the mass exodus of doctors and a devastated infrastructure, for example, while the costs left out trillions of dollars in interest the United States could pay over the next 40 years.

The interest on expenses for the Iraq war could amount to about $4 trillion during that period, the report said.

The report also examined the burden on U.S. veterans and their families, showing a deep social cost as well as an increase in spending on veterans. The 2011 study found U.S. medical and disability claims for veterans after a decade of war totaled $33 billion. Two years later, that number had risen to $134.7 billion.

The report concluded the United States gained little from the war while Iraq was traumatized by it. The war reinvigorated radical Islamist militants in the region, set back women's rights, and weakened an already precarious healthcare system, the report said. Meanwhile, the $212 billion reconstruction effort was largely a failure with most of that money spent on security or lost to waste and fraud, it said.

Former President George W. Bush's administration cited its belief that Iraqi dictator Saddam Hussein's government held weapons of mass destruction to justify the decision to go to war. U.S. and allied forces later found that such stockpiles did not exist.

Supporters of the war argued that intelligence available at the time concluded Iraq held the banned weapons and noted that even some countries that opposed the invasion agreed with the assessment.

"Action needed to be taken," said Steven Bucci, the military assistant to former Defense Secretary Donald Rumsfeld in the run-up to the war and today a senior fellow at the Heritage Foundation, a conservative Washington-based think-tank.

Bucci, who was unconnected to the Watson study, agreed with its observation that the forecasts for the cost and duration of the war proved to be a tiny fraction of the real costs.

"If we had had the foresight to see how long it would last and even if it would have cost half the lives, we would not have gone in," Bucci said. "Just the time alone would have been enough to stop us. Everyone thought it would be short."

Bucci said the toppling of Saddam and the results of an unforeseen conflict between U.S.-led forces and al Qaeda militants drawn to Iraq were positive outcomes of the war.

"It was really in Iraq that 'al Qaeda central' died," Bucci said. "They got waxed." 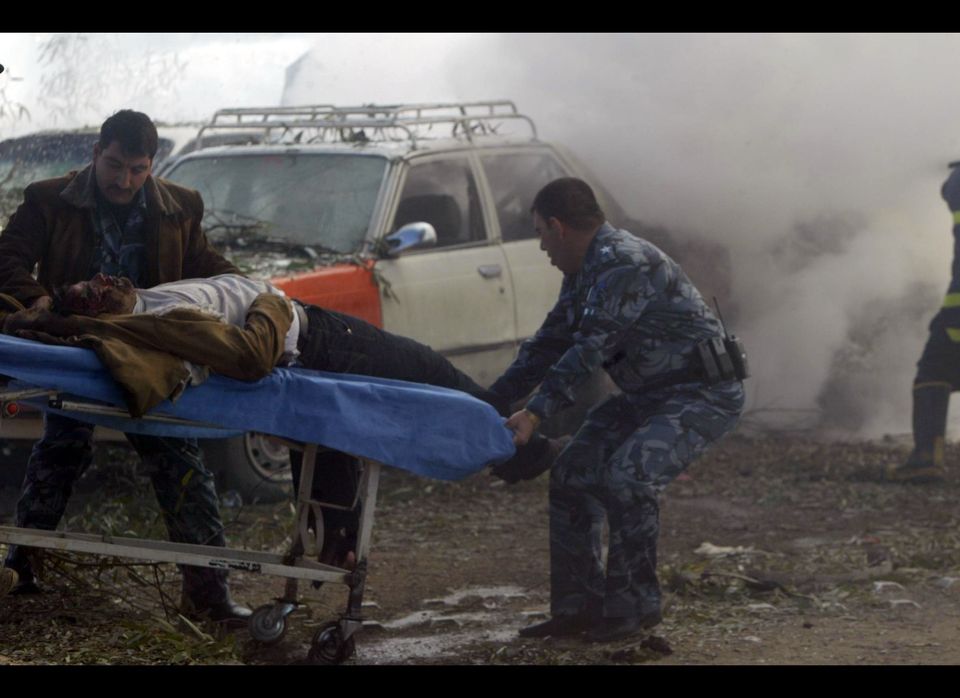