Driven out of war-torn Iraq and dispersed around the globe, Iraqi contemporary artists - struggling to maintain a unique presence from under the umbrella of "Middle Eastern art" - are regrouping in Dubai and exhibiting art that reflects the complex relationships they have with their homeland.

Running until April 2011, a four-part show at the Meem Gallery places the work of 12 contemporary Iraqi artists in the spotlight. Many of the artists showcasing at the exhibitions had shows in Iraq during the 1980s onwards, staying in the country during the Iran-Iraq War, the 1991 Gulf War and economic sanctions, while several have only recently left. Their experiences - both in Iraq and in the diaspora - are often reflected in their fascinating work.

The exhibition's curator Dia Al-Azzawi is intimately familiar with the plight of these contemporary artists. Often touted as the "pioneer of modern Arab art," he is also an Iraqi artist in exile. Azzawi fled Iraq in 1976, three years before Saddam Hussein came to power, returning only briefly to curate an exhibition in September 1980. Two days after he landed, Iraqi tanks were deployed into Iran; as hostilities unfurled, Azzawi escaped to London where he has lived ever since.

Discouraged by the lack of interest and "startled by the absence of Iraqi art" at last year's Dubai art fair, he decided "to join with the Meem Gallery to organize an exhibition to showcase the best of contemporary Iraqi art."

The works showcased in the exhibition vividly illustrate the effect of the political situation in Iraq on the artists' creative processes. In the works of Kareem Risan, one of the last artists of this group who left Iraq in 2006, US soldiers figure prominently. His Walls of Wartime represent the walls of Baghdad and the accumulation of the markings left by passers-by who have witnessed the devastation of their homeland over the years. 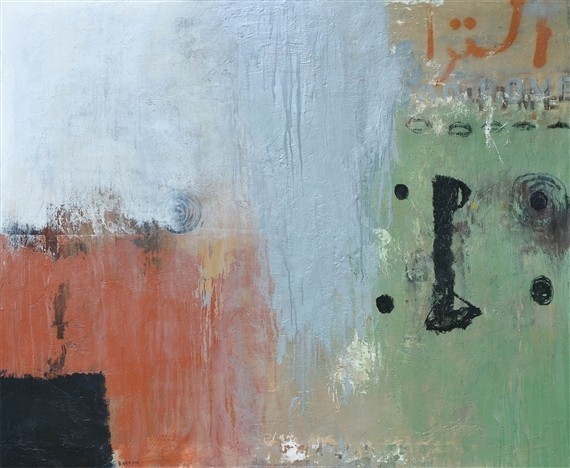 Hanaa Malallah's art (see image at top of article) also features the advance of war, in more tangible forms, using what she refers to as a 'ruins technique' involving the burning of canvases and materials. This technique stems from her art education in Iraq, which encouraged students to reference the past while engaging with current events. During sanctions, using found objects almost became a necessity as art materials become increasingly scarce. The burnt-out cinders of her charred canvases are shards of found objects, salvaged from the Baghdad streets bombed out by US air strikes.

Not all artworks, however, revolve around hints and flashes of war and distress. Nazar Yahya chose to focus on Iraqi culture, using the subject of the Tigris as his central theme. Forms such as fish express themselves in Love Dijla (Dijla means Tigris River), which references the poem O Tigris, written by the expatriate Al-Jawahiri. The forms and geometric patterns he depicts are inspired by Islamic art and miniatures. Figures or faces of corpses are incorporated with the fish forms, as a comment on what the river has become since Yahya's youth. 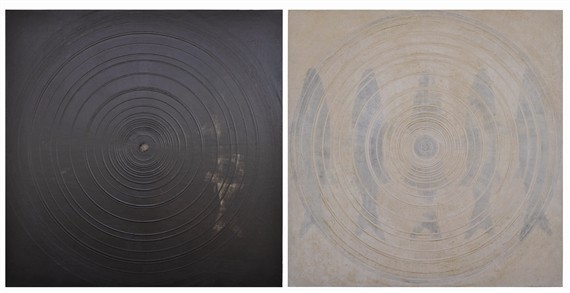 Iraqi art, however, is struggling to find its place within the ever-growing popularity of Middle Eastern art as a whole. The region has been receiving growing international media coverage due to its burgeoning market and wealthy collectors, with events like Art Dubai and Abu Dhabi Art, and surging art scenes in Beirut and even Damascus. Bringing Middle Eastern art across the ocean, a new art fair - Zoom - dedicated exclusively to the work of Middle Eastern artists, has just ended its successful debut alongside Art Basel Miami Beach. Zoom sought to confront the lack of Middle Eastern presence at ABMB, taking its cue from other emerging markets such as Latin America, which have thrived under Art Basel's wing. 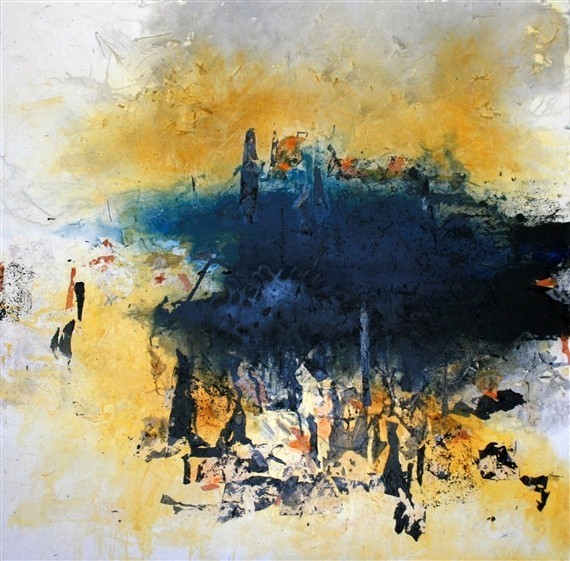 Yet Azzawi remains skeptical that the mounting interest in Middle Eastern art will include Iraqi art, saying it is "quite unlikely" that Iraqi art will be drawn to the forefront anytime soon, as all of the nation's significant artists have fled, living and working in the diaspora - two in Arab countries and the rest in Europe or the US. "For the time being, I don't find that there are any promising artists residing within Iraq itself. Compared to the work produced by young Syrian or Lebanese artists, for example, artists within Iraq are mostly outsiders, merely repeating what has been done before," he notes. 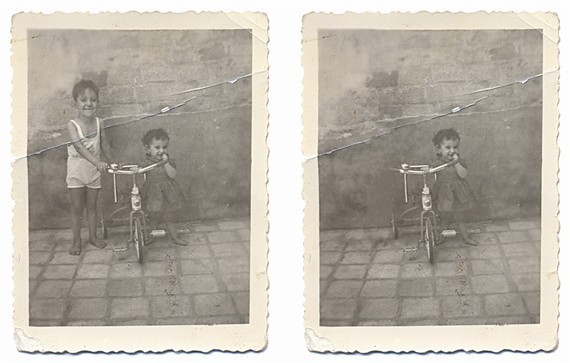 When it comes to art institutions and collecting inside Iraq, the situation is just as bleak as Azzawi explains: "The museum is not functioning that well. Galleries are also very limited in their ability to show work. This has been the case for a long time, possibly even since the 90s and the harsh sanctions they brought with them. The situation is compounded by the fact that it is just too difficult for people to buy and collect, which puts pressure on artists to leave and exhibit abroad. The invasion forced the closure of galleries and the departure of many international institutions, which also makes it very difficult to sell work in the country." The most important collectors of Iraqi art at present are the Harbah Foundation, Turin-Babylon, The Arab Museum of Modern art in Doha and the Kinda Foundation in Saudi Arabia.

Today, Azzawi's hope is "that the exhibition will help them to identify with each other, especially as they belong to the same generation. In the long term, an exhibition such as this could assist them by attracting the interest of collectors or galleries."

Written by MutualArt.com staff; all images courtesy of Meem Gallery