Wars often drive people from their homes. But in Iraq, a discretionary war, launched through deception by a rogue administration in search of good targets for "shock and awe", produced refugees with industrial efficiency. 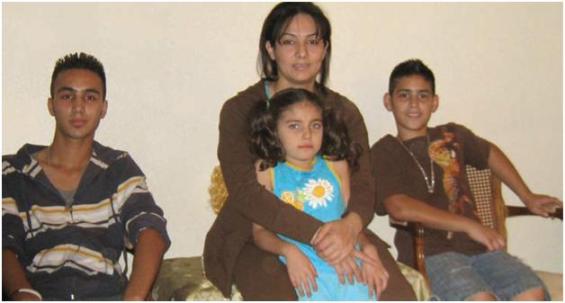 According to the United Nations High Commissioner for Refugees, 4.5 million Iraqis were refugees at the beginning of 2008: 2.3 million internally in Iraq and 2.2 million abroad, including those displaced before the U.S. invasion in 2003. In a country of about 28.8 million, more than one out of every seven citizens has been forced into internal or external exile.

Syria hosts the most Iraqi refugees of any foreign country, with 1,200,000; Jordan follows with 500,000. U.S. ally Saudi Arabia, in a neighborly gesture, was reportedly building a 560-mile fence along its border with Iraq to keep out illegal immigrants and insurgents.

The United States resettled only 202 Iraqi refugees here in 2006, according to the International Rescue Committee. In fiscal year 2009, that number grew to roughly 17,000. The IRC, however, called the U.S. Refugee Admissions Program "outdated and under-funded" and said it is "resettling Iraqi refugees into poverty rather than helping rebuild their lives in the country that offered them sanctuary."

According to an IRC report released this month, "The resettlement program in the United States fails individuals with high levels of vulnerability, especially during difficult economic times." The report called for increased emergency funding and an overhaul of the program.

In an example cited by the organization, Hajer, a 38-year-old Iraqi refugee, arrived in Phoenix, Arizona, with her three kids last year speaking very little English. She could afford only one semester of English classes at a local college. Last December, she fell ill and lost her job at a daycare center. The public assistance she receives, $335 dollars a month, leaves her short $481 after paying rent of $816.

With the economic crash, only 51 percent of refugees are becoming self-sufficient after 120 days in 2008, down from 74 percent in 2007. Twelve percent of the refugees newly resettled by the IRC are at risk of homelessness.

"Few imagined that they would receive such short-term and limited assistance upon arrival or that they could become homeless in the country that offered them shelter," said IRC President George Rupp in a public statement. "They deserve better."

If the Bush administration had suffered a sudden seizure of honesty, here is how it would have greeted the tempest-tossed: "Welcome to the home of the brave, huddled Iraqi masses, especially those of you who risked your lives working with us. Breathing may be free here, but everything else is expensive. Please accept a temporary monthly check far too small to live on as a token of our appreciation, and a valuable lesson in how your new government treats vulnerable poor people."

President Barack Obama has promised better. On February 27, he said: "Diplomacy and assistance is also required to help the millions of displaced Iraqis. These men, women and children are a living consequence of this war and a challenge to stability in the region, and they must become a part of Iraq's reconciliation and recovery. America has a strategic interest - and a moral responsibility - to act. In the coming months, my administration will provide more assistance and take steps to increase international support for countries already hosting refugees; we'll cooperate with others to resettle Iraqis facing great personal risk; and we will work with the Iraqi government over time to resettle refugees and displaced Iraqis within Iraq - because there are few more powerful indicators of lasting peace than displaced citizens returning home."

Let's hope he'll be able to transmute worthy sentiments into appropriations. For the moment, this failure of basic decency really pegs the injustice meter.

A more variegated but still sobering portrait of Iraqi refugees in the Los Angeles area is painted by Hanna Ingber Win, Huffington Post World Editor (and friend to this blog), in a story in the L.A. Weekly.

In El Cajon, a corner of the southern California megalopolis a couple of hours south of L.A., Win found a thriving community of Chaldean Christians, a persecuted religious minority in Iraq. Their Catholic church there, St. Peter Chaldean Cathedral, counts 37,000 members.

Chaldeans are legitimate refugees if anyone is, targeted in Iraq by religious extremists and militias of various stripes. But Win found numerous stories as harrowing as those collected by the IRC. One man highlighted in the story, Kamil Silewa, left Iraq under threat of death, walked for days across Mexico, and then was detained for eight months by U.S. authorities when he asked for asylum. Finally granted refugee status and living in El Cajon, he is separated from his wife and two sons, whom he last saw three years ago and who ended up in Germany. They face years of waiting for the family reunification process to bring them here.

Meanwhile, Silewa has no car and has found only a few days of temporary work. He told Win: "I want to work. I need to work. I need the job. But nobody calls me. What can I do?" As the government that started the war that tore his country apart confronts a deep recession and other more pressing crises, no one can offer an easy answer to his question.