Muntaha Flufel says on most days she sits alone at home watching TV, unable to interact with the community she lives in. She keeps her windows and doors locked, in fear that someone might break in and attack her like they did in Baghdad in 2004. Her scars are constant reminders -- marks where the perpetrators dropped acid on her skin.

Although troops left Iraq nearly two years ago, hundreds of civilians are still being killed each month, leading many Iraqis to flee the continuing violence, which is contributing to an already dire refugee situation. According to the U.S. Citizenship and Immigration Services, since April of this year, 84, 902 Iraqis have been settled in the U.S., and new arrivals like Muntaha are reporting symptoms associated with Post Traumatic Stress Disorder (PTSD).

During the nearly nine years of the U.S.-led operation, more than 120,000 Iraqi civilians and 4,800 U.S. troops were killed. After the Wikileaks release of the Iraq War Logs, it is said that there was an estimated previously unknown 15,000 civilian deaths in Iraq. And despite the troop withdrawal last year, civilians are continuing to die. According to the Iraq Body Count project, a public research database that tracks civilian deaths in the country, in October alone 1,056 Iraqis have been killed, 39 on Wednesday.

According to health officials at ACCESS, a community organization dedicated to empowering and enabling individuals and families in the Detroit area, many of the new Iraqi Chaldean arrivals experienced primary and secondary trauma, having witnessed family members being killed, oftentimes persecuted at the hands of Islamist militias.

The trauma has caused what Husam Abdulkhaleq, the program manager of the psychosocial rehabilitation center, says includes nightmares, poor concentration, and extreme anger. The grueling process of integrating and assimilating in a new country only exacerbates the symptoms. 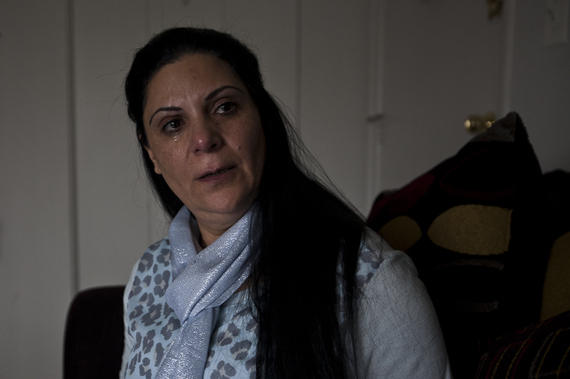 Muntaha is one of thousands of Iraqis who have moved to the Dearborn area in the last five years who is suffering from PTSD. She moved to the U.S. during one of the largest resettlement waves in 2008. Since the troop withdrawal almost two years ago, there has been a drop in the number of Iraqi refugees admitted to the U.S. In fiscal year 2012, there was a total of 12,163 admitted for resettlement in comparison to the 18,016 admitted in 2010.

Abdulkhaleq says the PTSD has infiltrated the community and continues to cause concern, even after the end of the war. The symptoms, especially extreme anger, are causing rifts in the community and among families.

Despite the widespread mental health illnesses among the Iraqi refugee population in Dearborn, there is little funding for prevention and intervention services. ACCESS is the only organization in the area that provides services with their psychosocial rehabilitation program. They see just over 300 clients because that is all their funding allows for. Most of the clients are victims of torture, 60 of them having experienced direct physical torture.

The ACCESS psychosocial rehabilitation program receives the majority of its funding from the Office of Refugee Resettlement (ORR), an organization that provides refugees with the services needed to integrate into their new communities. ACCESS just recently received another three years of funding from the group, but Abdulkhaleq says the money is significantly less than what it received in previous years.

ACCESS is barely able to provide services for the most recent arrivals from Iraq with the money it has. The next area of concern is the possible wave of Syrian refugees it could see over the next five years. If the UN begins to resettle even a portion of the hundreds of thousands who have been displaced by the violence in the US, officials at ACCESS say the consequences could be "disastrous."

Visit the Roots Odyssey project page to view more of the author's work on Arab immigrants and refugees living in the US.