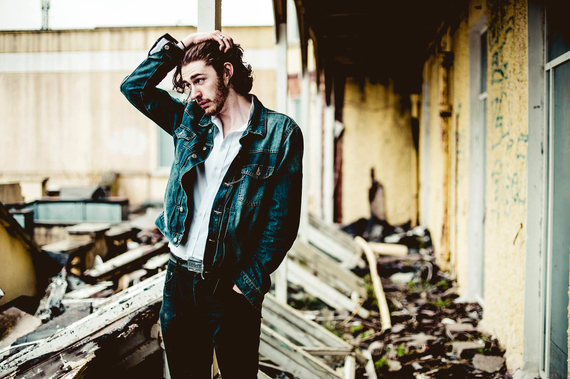 Hozier may not have been a household name this time last year, or heck, even five months ago, but the Irish musician is certainly on his way to being one now. Putting his own spin on the blues and gospel of the 1950s, Andrew Hozier-Bryne is exactly how he appears to be: charming, soft-spoken, intelligent, modest, and incredibly sweet. At just 24, the musician has recently released his self-titled debut album--which fans (including myself) had been waiting for ever since his first EPs, From Eden and Take Me to Church--and is selling out every show he announces.

I jumped at the chance to interview him (OK, so I may have charmed some people to get the interview) and chatted with him right after he completely nailed a performance on Saturday Night Live, something he was pretty nervous about having just lost his voice prior. We talked about what it was like chatting with fans after having given his phone number out on social media, who his favorite authors are, writing about happiness, and why he doesn't consider his songs poetry.

If you take one thing away from this interview, let it be the burning desire to get to one of his live shows to stand (you better stand up!) transfixed.

Mila Pantovich: Your mom has been quoted as saying that you can be very shy and slow to open up; is it hard doing these types of interviews?

Hozier: It can be, but I mean you kind of get used to it. I much prefer interviews that are [in person]. It's conversational; you feel like you can get to know somebody a little bit easier. It can be interesting when you do a phoner 'cause sometimes people can ask very heavy questions, sometimes quite high concept questions; they'll ask me about the nature of God, or something like that. You're starting a cold conversation on a phone call and that can be..."where do I begin? I just woke up."

MP: Needless to say, you were amazing on Saturday Night Live; what was that experience like?

H: I was nervous. They made us feel so comfortable, the cast and crew--they are the nicest people. By the time we had done the sound checks, the run-through [and dress rehearsal], on Thursday for camera [...] I was feeling a lot better. But yeah, I was a little freaked out; live television is scary. And I had lost my voice a week previous and we had to move a lot of shows around, so I was worried that I wasn't going to be in top form. But I was happy; I think it went okay. 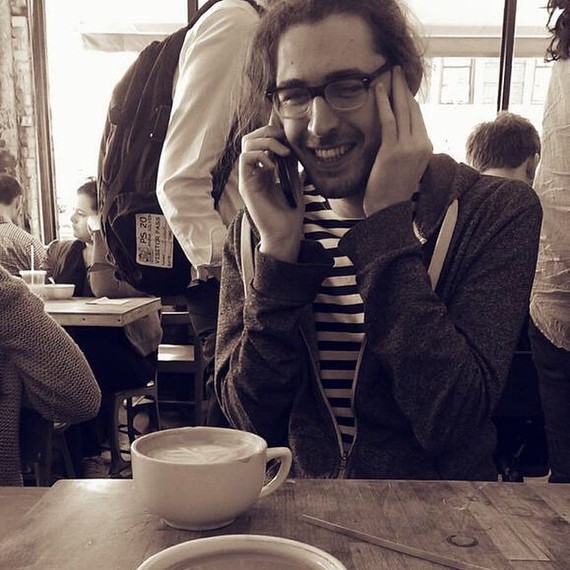 MP: You also just gave a phone number out on social media for your fans to call and chat with you; did you have any strange conversations?

H: Oddly enough, everything was really nice. People just wanted to chat. A lot of people were just so surprised that they got through that they were kind of just taken aback. A lot of just really nice conversations--people tellin' me what they were up to and where they were, in America or around the world, and a lot of people kind of skippin' out of class or at work. Nothing that would make me worried for next time for doing it [laughs]. It was just really sweet.

I did it for a good couple of hours. The first evening I did it, the phone actually kind of had a problem with service, but the following day it was a good few hours. The thing was, the phone kept freezing up and kept dying, or just dropping phone calls and turning itself off, because it was just filling up with text messages. The poor thing. I've been thinking about it, I don't know. We might go back to it again at some stage. We'll see. It was a nice thing to do. 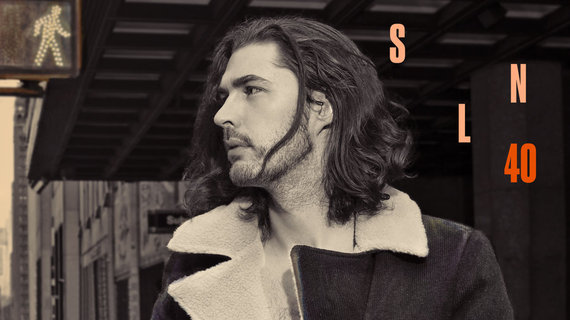 MP: How do you approach songwriting? How long does it take you usually to construct a song and feel like it's finished?

H: Rarely do I finish a song lyrically before I have a musical idea there, but then again rarely ever would I finish a song musically before starting the lyrical ideas. So a lot of the time they come in tandem or they just come at a glance. I don't know, for me it's a process of repetition. Of just having time and space to just play with lyrical ideas. I find lyrics can come at any time during the day, as can music. It's a case of just recording something on a phone and maybe keeping it in your head. But for me the songs slowly take form. Especially on the road, it's very hard to find time to actually sit down and write. It's just a case of playing with ideas over and over again. 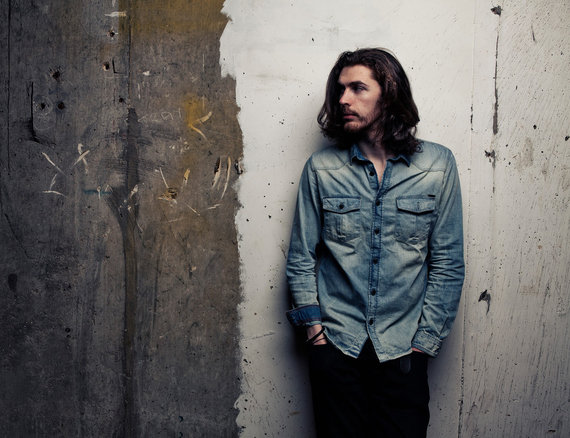 MP: Your songs are very poetic and seem really carefully put together. Do you find that you're pretty critical of your writing?

H: Yeah, absolutely. I think [I can] be as critical about my own as I would be anyone else's. I don't approach them as poetry, I gotta say. I'm a big fan, there's a lot of poets that I love. Poetry's nice to read on the road as well, 'cause you can dip in and out of a poet's work and it doesn't require the same concentration as a novel might. But I find that there's a depth to poetry that can be hard to get to in writing song lyrics. I just kind of play around with ideas and it does take a while. If I don't think something's worth saying, I don't think it's quite there, I'd rather just not say it, to be honest. In that case, I'd rather wait 'till the thought is ready, 'till I feel like I'm happy with everything. 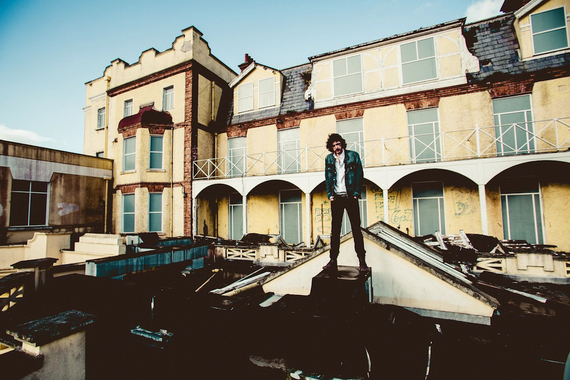 MP: Speaking of poetry, who are your favorite poets?

H: I'm a big Seamus Heaney fan, [he's] an Irish poet. W.B. Yeats [and I'm a] big Oscar Wilde fan, even his short stories--his short stories are gorgeous, [...] so lyrical. And on this tour I have a T.S. Eliot book with me, which is nice...grinding me into my mortality. [laughs]

H: Sadly, I don't read as much as I would like to--as much as I feel like I should--on the road. One of my favorite books is Nineteen Eighty-Four by George Orwell, and Catcher in the Rye, obviously, is a big influence and is one of my favorites. More recently Portrait of the Artist as a Young Man [by James Joyce] is a big one, certainly for this album and the first EP. I think there's a lot of scenes in that book which found their way into the album, I think. 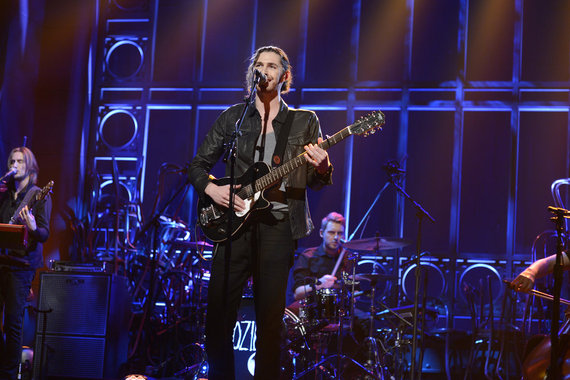 MP: With your record spanning so many different themes, from organized religion and politics to loneliness and the all-consuming nature of love, are there any themes that you haven't explored yet, but would like to?

H: Absolutely, yeah. There's a lot of things about being happy that I don't think I've touched on too much. I think it's very hard to write things about being joyful. I find that quite difficult. I think when you're happy you don't want to write songs, you just want to enjoy being happy. But when you're heartbroken or sad, when you're miserable, you have a lot of time to reflect on that and put it into words. When you're happy and feeling good about something, why would you waste time working [laughs] and brooding over it? You'd rather just enjoy the experience of being happy. 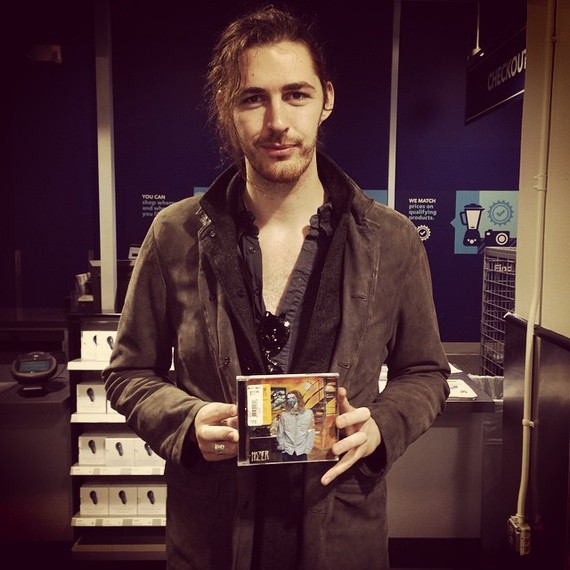 MP: When you released Take Me to Church, you received a huge Internet response. Was getting such a huge reaction so early on a concern for you leading up to the release of your LP?

H: In two aspects, yeah. One was that when I came 'round to the second release, the From Eden EP, the songs From Eden and Take Me to Church are about as far away from each other thematically and musically as two songs are on the album. One is a jingly jangly 5/4 time and the other is a kind of gospel doom song. So I was worried that people would listen to From Eden and go, "What the eff is this? Where's Take Me to Church part two?" That was a concern I think and I was a bit worried about that, but it worked out okay and people forgave me for writing a happier sounding song.

But the other one too, from a business point of view, you have to make sure that things don't run away too quickly on some things. I wanted to make sure I had an album to show people before people were already fed up with me [laughs], if that makes sense. Maybe it's just a thing of our time, but everything is more immediate and people are quicker to get fed up with people. Everything is so now, now! The average attention span is what? 30 seconds until we see [something else]? I wanted to make sure there was something of substance for people to enjoy. 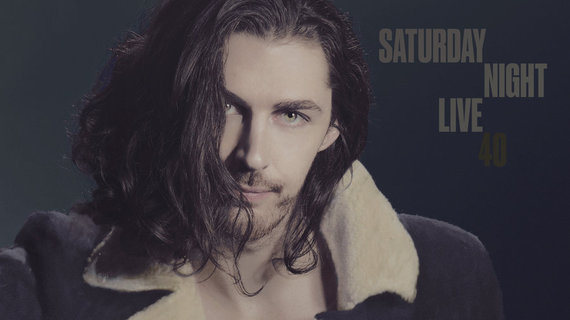 MP: How would you describe your sound?

H: You get asked this question a lot. It's hard to do it and I think any artist would rather not, in a way, 'cause putting something into two or three words is difficult. In many ways, I'd be much happier if I was unable to do that, to put something into two or three words. You know Cold Specks? For her music she coined "doom soul" and I really love that. Not all the music is doomed, but there's certainly some doom folk in there, and some doom pop in there I guess. For her music, she certainly hit the nail on the head. Some of it, it can swing from Southern Gospel kind of "doom soul" to soul pop.

MP: I know you're a big Tom Waits fan and I know how music lovers often group Waits and Nick Cave together in a "if you like one, you must like the other" sort of way; what do you think of Cave?

H: There's a few artists I have yet to explore their catalog, so Nick Cave is among them. A lot of fans would be like, "Obviously, you love Nick Cave." There's a few Nick Cave songs that I'm crazy about. Fifteen Feet of Pure White Snow--I was always crazy about that song--and I'm a big fan of Murder Ballads--ballads about murder...that sounds awful [laughs]. So yeah, I've yet to get really into Nick Cave. 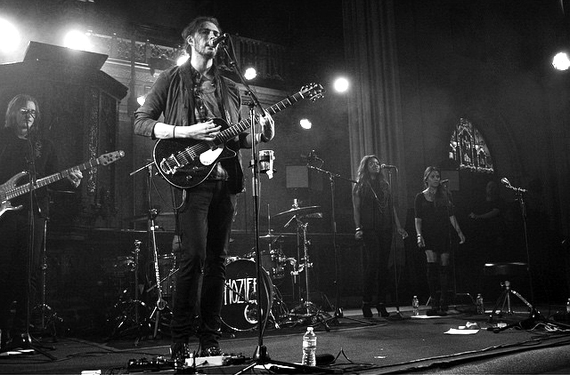 MP: Who would you love to collaborate with in the future?

H: There's plenty of artists that I greatly respect and I'd love to, just as a fan. I'm a huge fan of St. Vincent [and] Bon Iver, people like them. Big admirer of James Blake's work, I think he's amazing. Feist also, huge fan of Feist. And Tom Waits obviously.

MP: Lastly, how has your tour been?

H: It's been great. It is tiring. I've been living out of a suitcase since about May, I think, so we were doing European festivals and then we came to the end of European promotions. It's fun, it's great. I've got some fantastic people around me, a fantastic amazing team and incredibly talented musicians. But I got sick last week, which I think had been a long time coming in some ways, but you got to kind of try and keep healthy and sleep enough.