Archaeologists working at a massive Iron Age excavation in England have uncovered chilling details of an apparent massacre that occurred close to 1,800 years ago.

Researchers made the discoveries during a newly completed three-year project at the site of Britain’s largest Iron Age hillfort, Ham Hill. Stretching across 88 hectares, the area has been inhabited for thousands of years, according to the Ham Hill website. The team's 2013 excavations focused on some of the last additions constructed by the community of Ham Hill. These additions included fortifications that may have been erected in response to Roman legion attackers at the beginning of the first millennium, according to the site.

In an effort to defend their home, the inhabitants of the hill constructed these large-scale fortifications, according to the Western Morning News. Unfortunately for them, the defenses were not very practical and appear to have been overrun by the Romans. Around this same time, attackers -- perhaps the Romans, perhaps another group -- slaughtered many of the townspeople and chopped their bodies into pieces.

"There is obvious evidence of violence and assault in the ramparts," a spokesman for the University of Cambridge told the Western Morning News. "Researchers found defleshed and chopped-up human remains dating back to the time of the Roman Conquest."

While evidence of defleshing has been found at other Iron Age sites, the scale at Ham Hill is impressive, according to Dr. Marcus Brittain, the Cambridge archaeologist heading up the excavation on behalf of the Cambridge Archaeological Unit and the University of Cardiff. He told The Independent he believes there are “hundreds, if not thousands of bodies” buried at Ham Hill.

“It’s unusual to find this number of bodies on any site, let alone from the Iron Age," he said.

Researchers have so far failed to uncover who exactly mutilated the remains, however, according to The Independent. While the massacre appears to have occurred around the time of the Roman invasion, Romans have not typically been linked to such practices. On the other hand, Iron Age Britons have been known to deflesh victims.

The site has also turned up several other strange burials, including human skulls and bodies thrown haphazardly into open pits to be eaten by animals.

After three years of excavations, researchers hope they have a better grasp of what made the site special to generations of Iron Age inhabitants. Despite the evidence of fortifications, the area also experienced peaceable periods that fostered community togetherness and a "collective identity," according to the Western Morning News.

The site will be open for guided tours until Sept. 12. 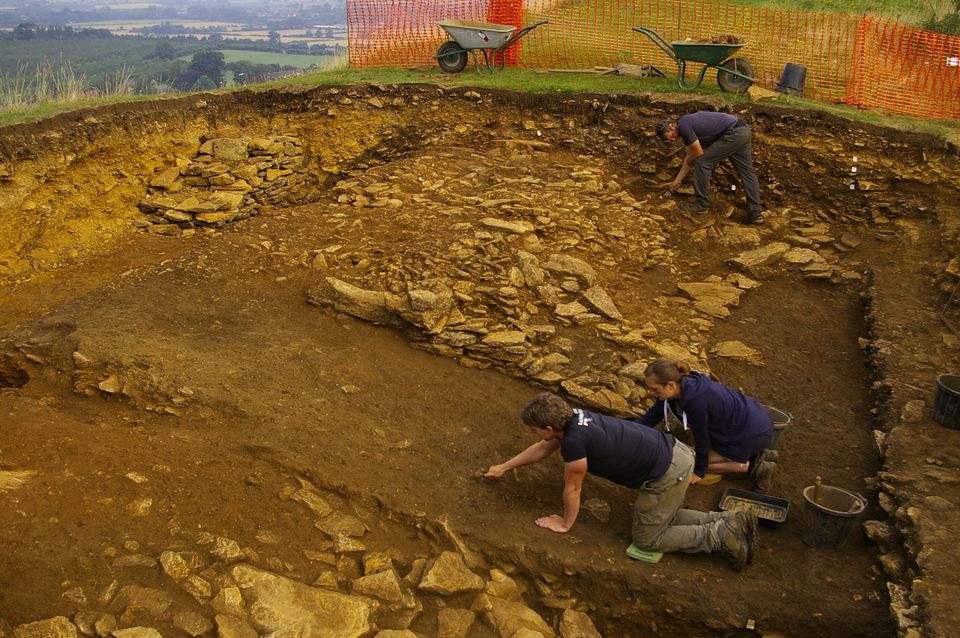