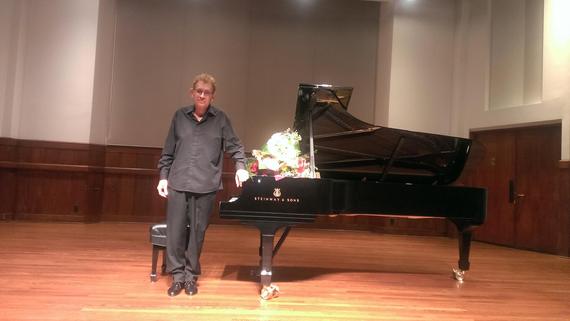 Daniel Pollack likes my shoes. Somehow my mundane story of a delayed shoe delivery made it to the Pollack household and soon after taking our coats and offering a drink, he requested to see the shoes. It is a detail indicative of Daniel Pollack and one that makes it easy to forget while in his presence that he is a world-renowned concert pianist who has played at a joint session of Congress and received a Fulbright nomination from President Harry Truman (which, of course, he was awarded). This is the magic of Daniel Pollack, he notices details and listens to stories. His natural fascination with people makes it impossible to feel like anything other than family.

A few weeks later, I am at an event with the Pollack family. Our respective spouses are working so I am left to wander the crowd with Daniel Pollack. He starts chatting with a family in from Ohio and after about five minutes it is as if they have known each other for years. This is the magic of Daniel Pollack. They have no idea they are chatting with a man who, in 1958, was a top American prizewinner in Russia's First International Tchaikovsky Piano Competition, an event that propelled his career and launched him to star status in international music circles.

A few short weeks later still on February 21, I am sitting in the Alfred Newman Recital Hall at the University of Southern California listening to Daniel Pollack premiere an original piece by the great composer Lalo Schifrin. As he strikes the final notes, I realize that I am digging my fingernails into my husband's arm, and I have forgotten to breathe. This is also the magic of Daniel Pollack. 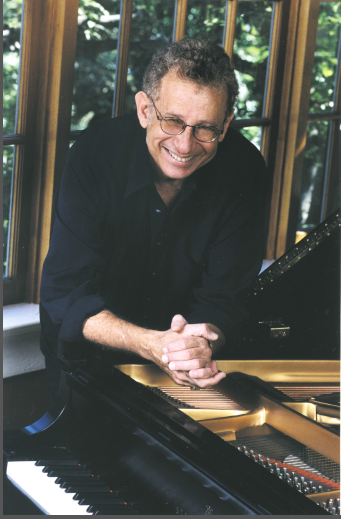 The Malambo Con Brio is the culmination of a thirty-six-year friendship between two masters of their fields. Daniel Pollack and Lalo Schifrin met in 1980. Schifrin was the Music Director for The Competition, a film starring Amy Irving and Richard Dreyfus centering around two competing pianists. Daniel played Prokofiev's third piano concerto track, which would earn Amy Irving an onscreen win in the fictional piano contest. More importantly, it would spark a life-long friendship and admiration between Pollack and Schifrin that ultimately results in my husband's damaged arm.

The Malambo itself is derived from a traditional Argentinean folk tradition wherein two men compete via dance. Aggressive and masculine, the Malambo was a show of machismo and strength, the music designed to match the power behind the competition. The alternative for women was a singing competition, equally aggressive, a simple folk melody is played, and the women create lyrics, not unlike a modern rap battle.

Lalo Schifrin tells me the story of the Malambo and Daniel Pollack describes the motor driven rhythm that creates an intentionally uneven feel. The gaucho music of Argentina is decidedly masculine, unpredictable and aggressive. It lacks the smooth flow that accompanies the other pieces played that night in Newman Recital Hall - Chopin, Liszt, Menotti and Prokofiev, all carry their own unique styles and stand apart. But the Malambo is on a plane of its own. Violent bursts are followed by a gentleness that seems to belong in an entirely different piece. The result is unsettling in the best possible way. 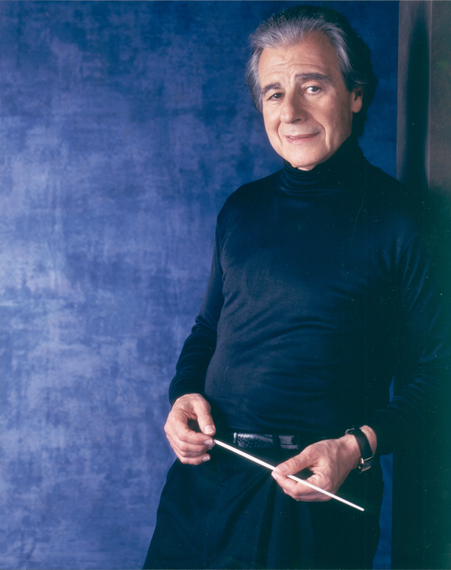 Lalo Schifrin tells me that he wrote this piece for Daniel as well as a tribute to the great Malambo composer, Argentinean legend Alberto Ginastera, who would have celebrated his 100th birthday this coming April. Schifrin tells me he wanted to create a piece that highlighted Daniel Pollack's "technique, musicality and sensitivity." Anyone who has heard Pollack play knows exactly what Schifrin is talking about. Standing outside the recital hall waiting for Pollack and Schifrin to greet their fans, a woman behind me comments on how Pollack can extend such power to his music and then pull it back so that it is nearly a whisper.

Balance, Pollack tells me, is the most important thing to consider when performing. Brains, Heart, Fingers, he says. Any piece needs a perfect balance of all three in order to touch an audience. No great piece of music can reside too heavily in our heads anymore than it can live in our hearts, and without perfect execution, the message will be lost entirely. It's a lesson for any artist regardless of the chosen medium. Pollack then asks me what is the most important: The composer? The performer? The audience? It's a trick question; of course, the perfect balance of all three is what takes a piece of music from the page and makes it soar.

The real beauty of both Daniel Pollack and Lalo Schifrin, however, transcends their art. A mutual respect and admiration guides their continued collaborations. Schifrin has recently completed another original piece for Pollack, Elegy, which he describes as entirely different from the Malambo. It shifts, he says "from sadness to hope, to frantic and back to sadness." No date has been set for a performance, but it would well worth the time to keep a close watch on the University of Southern California recital schedule.

You can see another of Schifrin's original compositions this coming August 2, 2016 at the Hollywood Bowl. A guitar concerto accompanied by the LA Philharmonic, featuring the great Angel Romero and conducted by Gustavo Dudamel will premiere another Schifrin original work. "Angel is to the guitar what Daniel is to the piano," Schifrin tells me, his voice filled with admiration.

The careers of both Pollack and Schifrin are the stuff of legend. What strikes me, however, is the pervasive humility that both men possess. Both are quiet men, and kind beyond measure. I learn about each from the other as neither willingly talk about themselves. Perhaps the most poignant comment stems from Lalo Schifrin, who says of Daniel Pollack: "His fingers are of iron, but his heart is of gold." It is a reminder to all artists that the caliber of our art is only a measure of our humanity.