Sari Wilson's captivating debut novel, Girl Through Glass, follows a young woman's journey through the alluring, heartless beauty of the New York ballet scene in the late 1970s. Eleven-year-old Mira comes from a fraught background of poverty and divorce. She finds solace in the ruthless self-discipline of ballet, and is accepted to the prestigious School of American Ballet. Soon Mira is on the path to becoming a star. But the world of ballet, though beautiful, is also fraught with dangers.

Interweaving the glamour of the ballet world with trauma--without in any way glamorizing trauma--Wilson creates a world of heartbreaking dichotomies: What happens when the place where you shine, that gives you refuge, also imperils your soul?

Sari Wilson is a former ballerina with an intimate knowledge of the milieu in Girl Through Glass. We met randomly at a New York City party years ago, before either of us were published, and have been cheering one another on from a distance ever since. This conversation with Sari was our chance to catch up since we both became published authors. 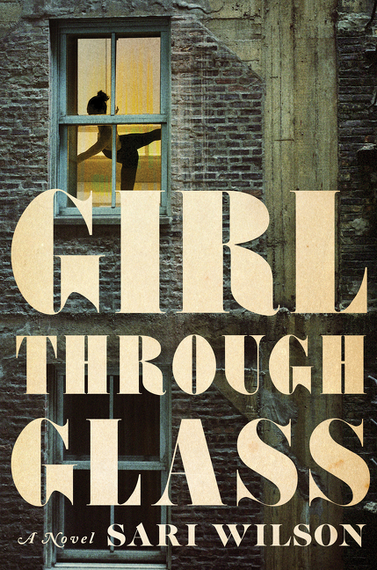 ILANA: When you and I first met in New York years ago, I got the impression that you had a novel, as I did. Can you tell me about your journey with this book, from its inception to publication?

SARI: I remember meeting at that party and kind of bonded about our novels. I think you had recently moved to New York City with the goal of finishing and selling yours? It's so great that both of us have managed to publish our novels!

ILANA: It's a bit unreal, isn't it! It was special to meet you at that party because it was otherwise one of those events with a glittering carapace of cool that can make New York publishing so intimidating. And then I meet someone who is genuine, of clear intelligence, who was so kind and welcoming.

A lot of things about that side of New York were new to me then, and scary. Now I can laugh about it.

SARI: Okay, so inception [of Girl Through Glass]: well, it really started with this image I got years ago of these little ballet girls putting on their tights and leotards before class like they were putting on armour. It was full of all sorts of emotion for me, this image. I wrote about it--this is the first part of the novel now, this writing. It had all of the DNA of the novel in it, but it took me years to unravel everything and find the story.

So first I wrote the Mira storyline, then Kate's storyline, and then I put the storylines together in a way that I hoped was compelling. I found a great agent, PJ Mark at Janklow & Nesbit. At that point, my family moved to Ann Arbor, Michigan for a year--my husband got a Knight Wallace Journalism Fellowship--and I used the time to work on the novel with PJ. Then, I was thrilled when our work paid off and PJ sold Girl Through Glass to Terry Karten, a terrific editor at Harper. Terry and I worked together closely and intensely and she was really instrumental in helping the novel find its final form.

What was your editing experience like for Last Song Before Night?

ILANA: My editing experience was pretty convoluted. What I had when I finished the book in 2011 was an epic story with characters who each complete a personal journey. But that's not how the fantasy genre looks these days--now the stakes have to be sky-high, with the biggest evil, most terrible consequences, etc. My agent and editor thought that the strength of the characters, writing, and concept made the book worth pursuing. So I performed a complicated revision to raise the stakes. The core of the book has remained the same, however: it may be epic, but it's also profoundly personal.

You've been open about the fact that Girl Through Glass was inspired by your experience as a "bunhead" in New York City. It sounds as if it was an experience that took a lot out of you, but also gave you a great deal, and the complexity of that dynamic demanded a novel. Does that sound fair to say?

SARI: Totally fair to say! There were so many captivating things about my early dance experience: I loved the devotion to beauty, the stories, the sense of ritual and routine, the striving for perfection, the thrill of recognition. At the same time, there were dangerous aspects: the relentless focus on body image coinciding with the changes of puberty, the eating disorders that were widespread, and the odd and sometimes damaging relationship with adults that can develop in this insular, competitive world. As a girl, I didn't know how to navigate it all. The physical demands were one thing but the emotional demands were even more confusing. I love the novel form because it allows several--perhaps multiple--truths to be present at once.

I have read that Last Song Before Night grew out of a confusion of many different experiences and trying to figure out how to navigate different, even opposing, worlds? Do you think the novel as a form demands a kind of dialectic?

ILANA: I think dialectic is inherent in great fiction. I've always seen writing as a form of exploration. I don't always know where I'm going, and I'm not always certain what I think...I make the discoveries through writing. Without that aspect of discovery, I'm not sure I'd be drawn to write at all.

As someone who was obsessed with ballet as a child but loved the ballets you say Balanchine eschewed--Swan Lake, Giselle--I became curious about the influence of Balanchine on the particular experience of dancers in this book. While Girl Through Glass talks about the self-sacrificing--in one horrifying instance, even self-immolating!--lifestyle of ballet dancers through history, it seems as if every period of history demanded a somewhat different quality from its dancers. How do you think Balanchine molded this particular moment in ballet and the lives of these young women?

SARI: My era of studying ballet was really just a moment in time, in some ways perhaps a culminating moment--the apotheosis of Balanchine's aesthetic, at least for the ballet girls of New York City. His work is very quick and allegro-based (quick, lively steps) and perhaps favors a certain type of body. I think he was actually more interested in music, the inner logic of music, than in narrative. He looked for a modernist musical sensibility, but also a classical command of technique, which is really challenging combination. Those older Romantic-era story ballets demanded a kind of emotional engagement in narrative that lent themselves to dancers who had acting and pantomime skills and excelled more in adagio (slow, dramatic movements). Farther back, ballet history favored very acrobatic dancers who tended to be stocky and muscular.

ILANA: You've given me an insight here into the ballet I loved growing up. I never knew that adagio corresponds to the Romantic era of ballets.

Writing is a more messy discipline than ballet--as just about any discipline is--but it is still a discipline. Are there elements of your training as a dancer that you bring to the craft of writing?

SARI: Yes, definitely. Most writers are process-based people, I think. The distinction between class and performance is useful--that you must take class to keep your instrument supple (which, in dance, is your body ). Writing also responds to being treated as a craft, a discipline--exercises to build muscles, etc. It's not an exact correlation but there is something useful and helpful there. At the same time, part of ballet training that I had to unlearn was the part that stresses a kind of perfection of form. For me, writing is a burrowing down into the subconscious, into a kind of complexity, a messiness. The complexity makes it very satisfying.

Can you talk a bit about the "messy" discipline of writing for you? You have mentioned that discipline and sacrifice were necessary to completing Last Song Before Night.

ILANA: When I first got started in my early twenties, I was so painfully aware that I was not yet at the level I needed to be at. So I would give myself permission to suck. In those words. I would sit down at the computer, open the Word file, and tell myself: "This can suck." That was the messy discipline that produced the first draft of a novel. I threw out most of it, but it was necessary groundwork.

In terms of sacrifice...everything in my life has gone towards the writing. Sometimes in crazy ways. Whatever time and money came my way was diverted to learning the craft better, or getting it done.

Girl Through Glass is so rich with period detail. Did any part of your research into that era surprise you?

SARI: The finding of an American home for ballet is a fascinating and rather unlikely story. I remember the ex-pat Russians in the ballet world as old and mean people but my research into their lives was very illuminating: they had endured such hardships and ballet for them was not a choice, it was a profession, and a matter of survival. I recommend the documentary Ballets Russe to those who are interested in learning more about this period of ballet. It is rich and fascinating. Also, Jennifer Homan's Apollo's Angeles is a terrific social history of ballet. 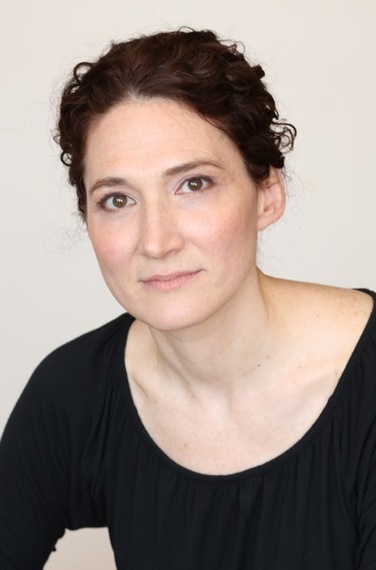 Sari Wilson is the author of the acclaimed novel GIRL THROUGH GLASS, the story of a young girl's coming of age in the cutthroat world of New York City ballet. Sari Wilson has been a Wallace Stegner Fellow at Stanford, a Fine Arts Work Center Fellow in Provincetown, Massachusetts, and has received a residency from The Corporation of Yaddo. Her fiction has appeared in literary journals such as Agni, Oxford American, and Slice. As a child, she studied ballet at Neubert Ballet Theater, a once-storied Carnegie Hall studio. Later, she studied at Harkness Ballet and as a scholarship student at Eliot Feld's New Ballet School.