Ever dream of being Iron Man? Well, that dream might not be as far fetched as you might think. Cyberdyne, a Japanese company founded Professor Sankai, creator of the "Robot Suit", has developed a real life Iron Man exoskeleton called HAL. While this name might take remind you of a certain evil robot from 2001: A Space Odessey, HAL actually stands for Hybrid Assistive Limb Suit.

The Post Chronicle reports on the development of Cyberdyne's robot:

The 'Iron-Man' robot suit from Cyberdyne. The idea of melding human flesh and bone with robotic parts is something more than a few people have looked into...Cyberdyne is a Japanese robotics company, and HAL is Hybrid Assistive Limb, designed to help people with weak muscles or disabilities.

The purpose of HAL? Cyberdyne explains specifically whoHAL is for:

"HAL" is expected to be applied in various fields such as rehabilitation support and physical training support in medical field, ADL support for disabled people, heavy labour support at factories, and rescue support at disaster sites, as well as in the entertainment field.

The Scientific American expands on the abilities of the "Real-Life Iron Man":

CYBERDYNE...designed the HAL exoskeleton primarily to enhance the wearer's existing physical capabilities 10-fold. The exoskeleton detects--via a sensor attached to the wearer's skin--brain signals sent to muscles to get them moving. The exoskeleton's computer analyzes these signals to determine how it must move (and with how much force) to assist the wearer. The company claims on its Web site that the device can also operate autonomously (based on data stored in its computer), which is key when used by people suffering spinal cord injuries or physical disabilities resulting from strokes or other disorders.

Interested in having your own HAL? The Post Chronicle reports that the HAL is going into production and will be available soon in Japan for around $4,200 while the Scientific American claims that the HAL exoskeleton is already available but only for rent in Japan for around $1,300 a month. THe Cyberdyne cite states that HAL is in fact currently available for Japanese residents, for varying costs depending on region, and that HAL will soon be available to consumers in the European Union.

Breakdown of how the HAL suit helps: 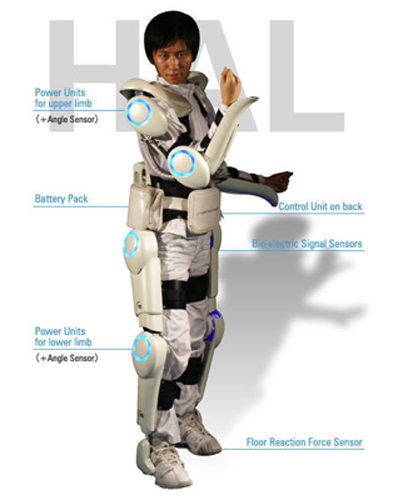 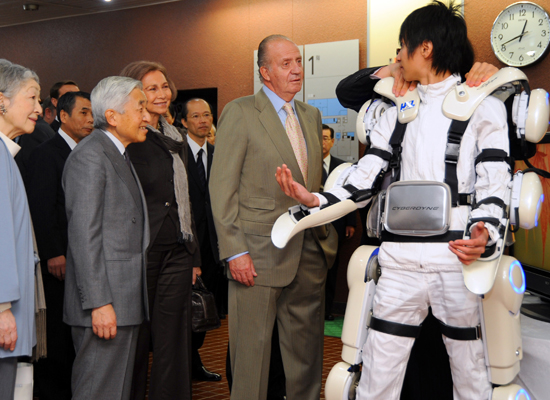 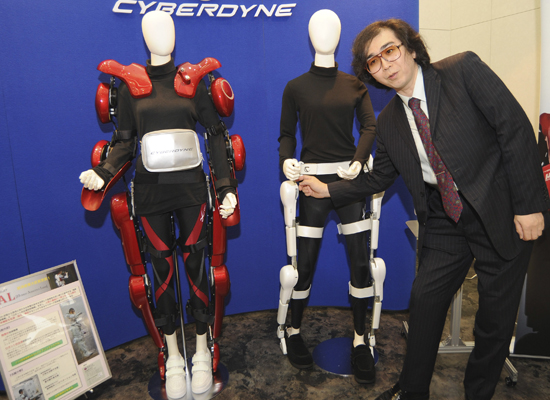 More:
healthy livingtechnologyprosthetic limbsHalHealth
Newsletter Sign Up
The essential guide to taking care of your mind and body
Subscribe to HuffPost’s wellness email
Successfully Subscribed!
Wellness delivered to your inbox