"Game of Thrones" fans, you might have thought that the Iron Throne couldn't possibly get any cooler, but it's going to exceed your expectations once again. Apparently, a few famous movie swords have made their way into the seat of power. Well, casts of them have, anyway. 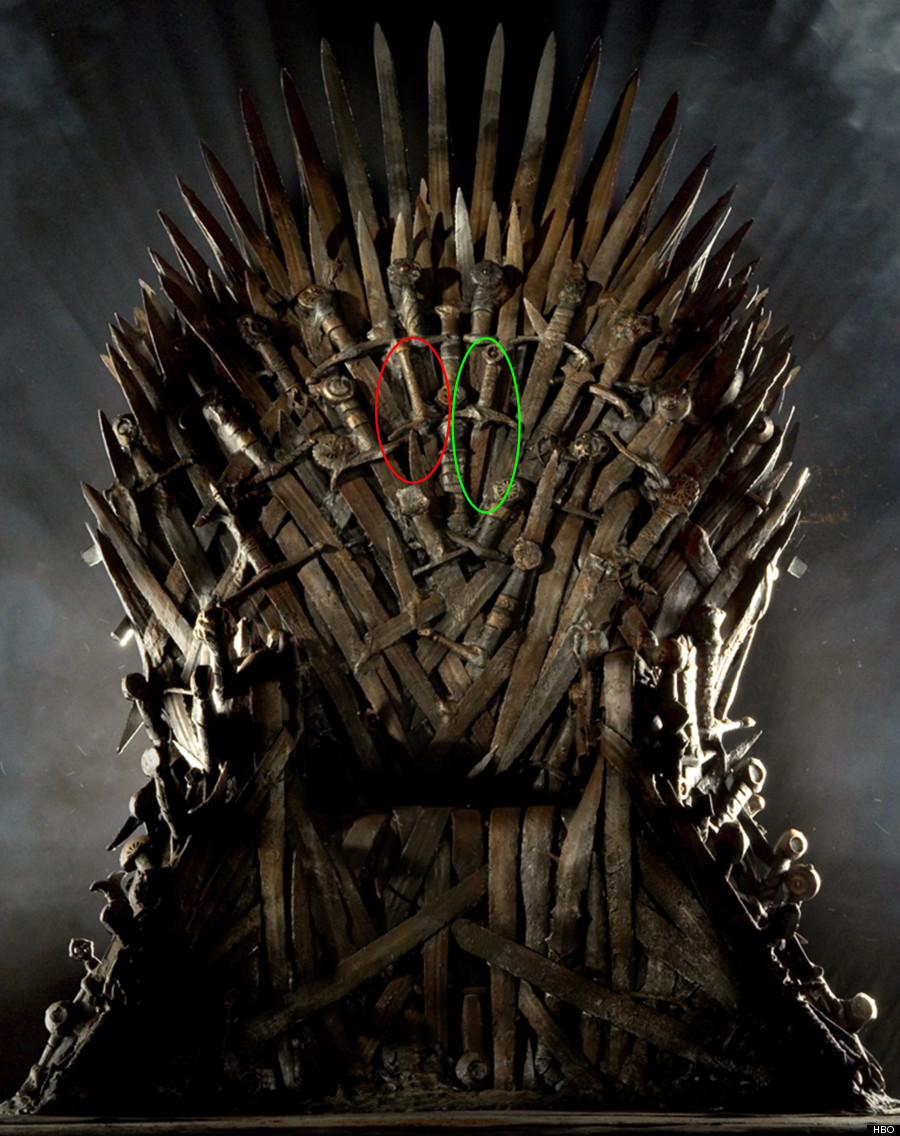 Valiant Redditor NoMoreHodoring points out that one of the swords woven into the "Game of Thrones" seat of power is none other than Gandalf's sword, Glamdring.

This is a replica of Glamdring, which is available for purchase on Amazon, because fantasy-realm weaponry is a must have. 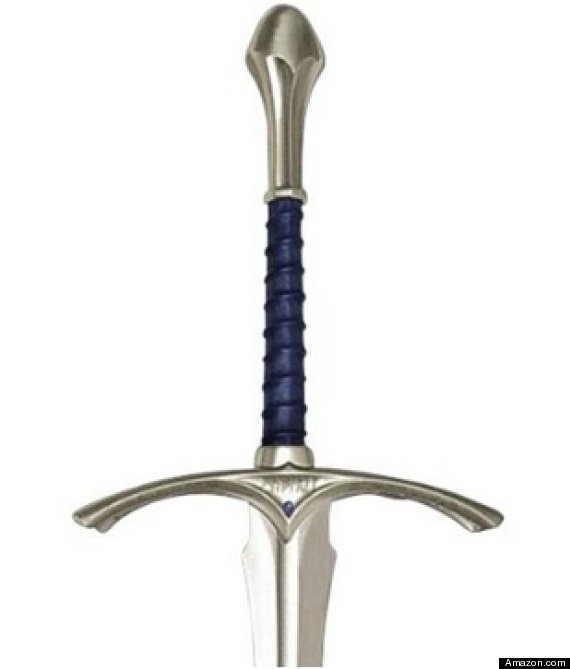 Gandalf's sword appears to be situated near the center of the throne's back. It is circled in red.

And right next to what appears to Glamdring, lies another famous blade (maybe). The sword circled in green appears to be Robin Hood's hilt. You can buy this one, as well. 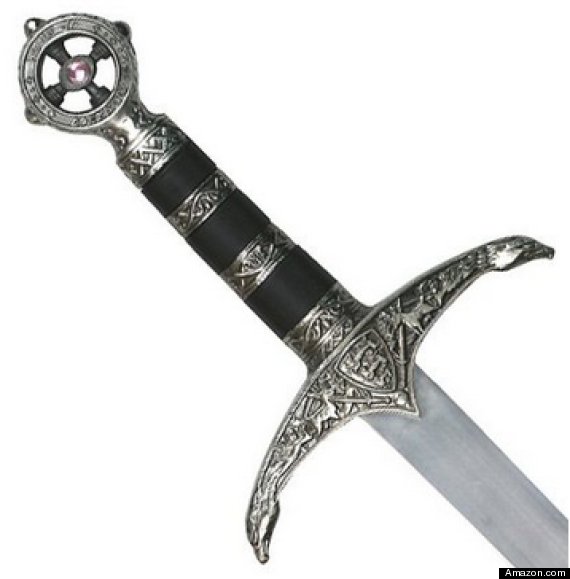 Redditor Elio_Garcia notes that several of the other swords that make up the Throne were likely borrowed from the 2005 film "Kingdom of Heaven." It's more difficult to tell whether or not these blades were also cast for the seat, but it's certainly plausible. And yes, these swords are available for purchase, as well. 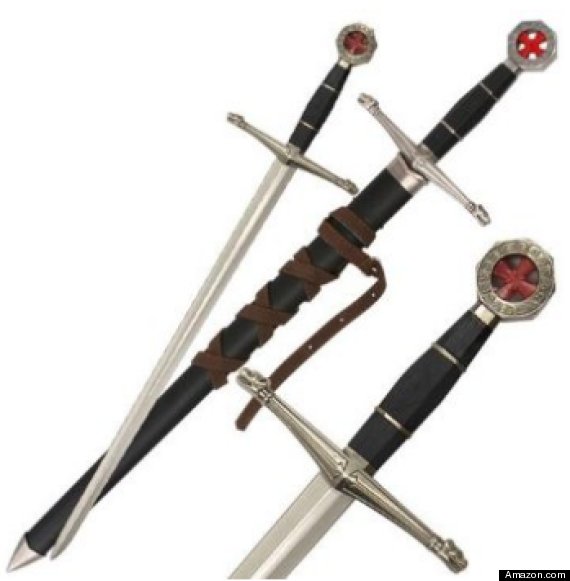 Now, it's true that all of the swords in the throne look quite a bit more mottled than the originals, but the Iron Throne is essentially a collection of blades melted and bent together, which would destroy tiny details. Is the inclusion of these swords intentional, or was the props department just doing its part to reuse whatever was lying around the studio? More important, are other famous blades, such as Frodo's Sting or Conan the Barbarian's Atlantean Sword, also twisted into the Iron Throne? Go ahead and scour the throne for clues. Let us know what you find in the comments section.