Whether fighting for her pearls or having Big Ben and the Parliament building emerging from her head, the first tastes of "Iron Lady" have shown that Meryl Streep has really transformed into Britain's Margaret Thatcher.

From "Mamma Mia!" director Phyllida Lloyd, the film follows Thatcher's rise to power in the late seventies, becoming the first and only female Prime Minister in Britain's history.

The newly released U.K. trailer illustrates her struggle to rule amid personal, political and social stife. Here, they've swapped out the SNL sort of playful characterization and Julia Child's high-pitched cadence for a more triumphant, "King's Speech" feel. (And, during those car rides, a bit of "The Devil Wears Prada," right?)

Below are images from the "Iron Lady" photo call in London. Take a look at both and let us know what you think! 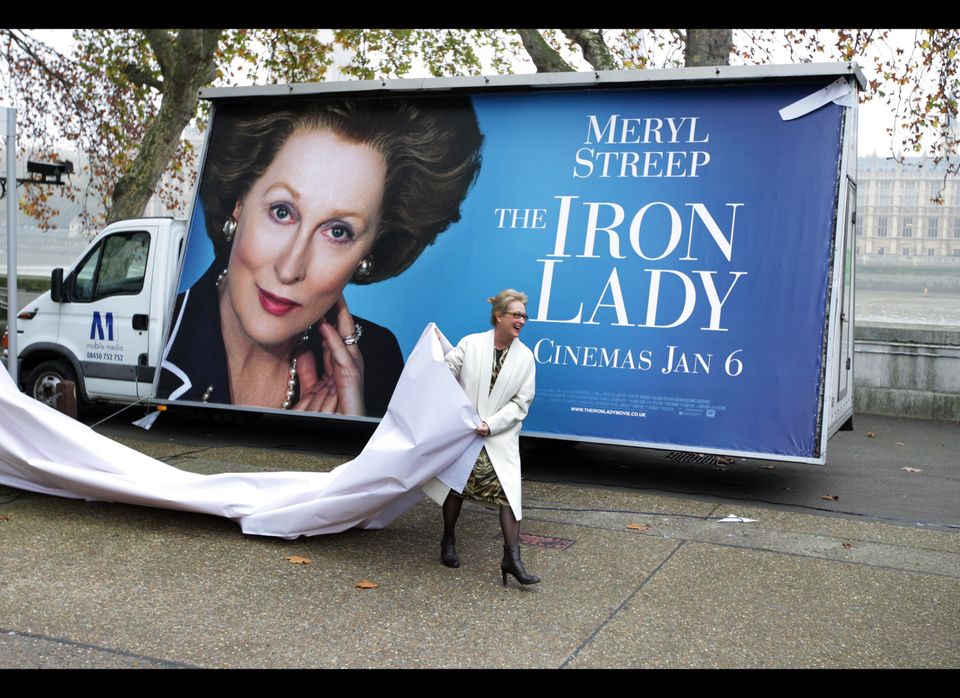